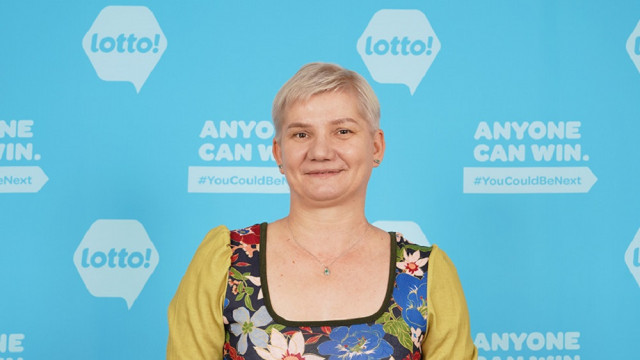 Coquitlam resident Adriana Miklosikova and a group of local nurses won more than $256,000 from Lotto Max on June 14, 2022.

A “lucky mistake” quickly turned into a big payday — and an upcoming special occasion — for a group of Coquitlam nurses.

Adriana Miklosikova says she and her 14 colleagues are going to treat themselves to a nice dinner after she recently won more than $256,000 from the Lotto Max drawing on June 14.

However, the local resident said, when she first read the total, she thought the group had only won three numbers instead of six.

“I was at home preparing my breakfast after I finished my workout,” explains Miklosikova in a press release from the BC Lottery Corporation (BCLC).

Miklosikova says her colleagues spent the past two years collecting money to play the lottery together.

Needless to say, she believes the hard work has finally paid off.

“Winning is unbelievable! With the extra money, we can all plan something special.”

According to Lotto Max, the group’s winning ticket was bought in Surrey and was the secondary prize of the $50 million jackpot up for grabs that night.

The winning numbers were as follows:

BCLC says the group lotto win is also a reminder to take all necessary steps to avoid misunderstandings when playing with more than one person.

Like Miklosikova, the company recommends appointing a “captain” to coordinate ticket funds and track results and group earnings.

“When a ticket is purchased in a store, the group leader must print their name on the front or back, along with the words ‘In Trust’ to indicate that the ticket belongs to a group,” adds BCLC.

“By clearly keeping track of who enters each draw and understanding what happens if a group member does not contribute to a draw, you avoid confusion if your group wins.”