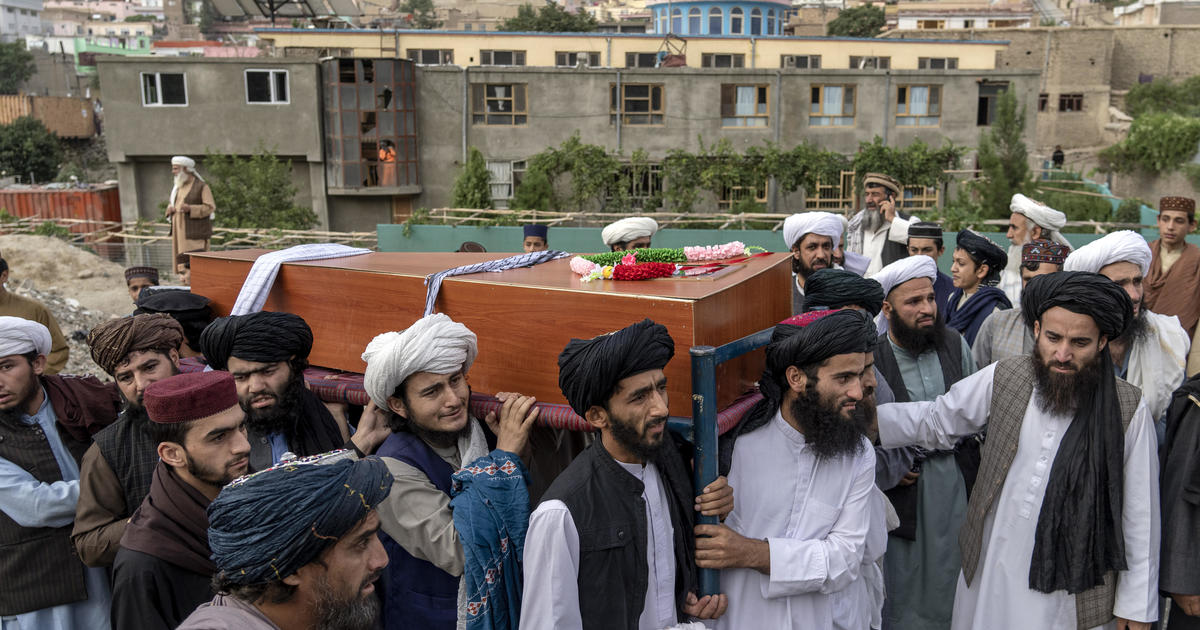 Kabul, Afghanistan — A bomb attack on a mosque in the Afghan The capital of Kabul killed at least 21 people, including a prominent cleric, and injured at least 33 during evening prayers on Wednesday, police and an eyewitness said.

Khalid Zadran, the Taliban-appointed spokesman for the Kabul police chief, gave the figures to The Associated Press after Wednesday’s bombing of the Sunni mosque.

No immediate responsibility was claimed for the attack, the latest in the country the year since the Taliban took power. Several children are said to be among the injured.

The local ISIS affiliate has stepped up attacks on the Taliban and civilians since the takeover by the former insurgents last August, when US and NATO forces were in the final stages of their withdrawal from the country. Last week, ISIS claimed responsibility for the killing of a prominent Taliban cleric at its religious center in Kabul.

According to an eyewitness, a resident of the Kher Khanna district, where the Siddiquiya mosque was targeted, the explosion was carried out by a suicide bomber. The slain cleric was Mullah Amir Mohammad Kabuli, the eyewitness said, speaking on condition of anonymity as he was not authorized to speak to the media.

Taliban spokesman Zabihullah Mujahid vowed that “the perpetrators of such crimes will soon be brought to justice and punished”.

A witness to the blast who mentioned his name as Qyaamuddin told The Associated Press: “It was evening prayer time and I was attending prayer with others when the explosion happened.” Some Afghans go by a single name.

AP journalists could see the blue-roofed Sunni mosque from a nearby hill. The Taliban parked police cars and other vehicles near the mosque.

A US-led invasion overthrew the previous Taliban government that al-Qaeda leader Osama bin Laden had hosted in Afghanistan after the September 11, 2001 terrorist attacks in the United States.

Since returning to power, the former insurgents have faced a crippling economic crisis since the international community, which does not recognize the Taliban government, has frozen the country’s funding.

Separately, on Wednesday, the Taliban confirmed that they had captured and killed Mehdi Mujahid in the western province of Herat while he was trying to cross the border into Iran.

Mujahid was a former Taliban commander in Balkhab District of Northern Sar-e-Pul Province and the only member of the Hazara Shia minority among the Taliban ranks.

Mujahid had turned against the Taliban for the past year after resisting decisions by Taliban leaders in Kabul.