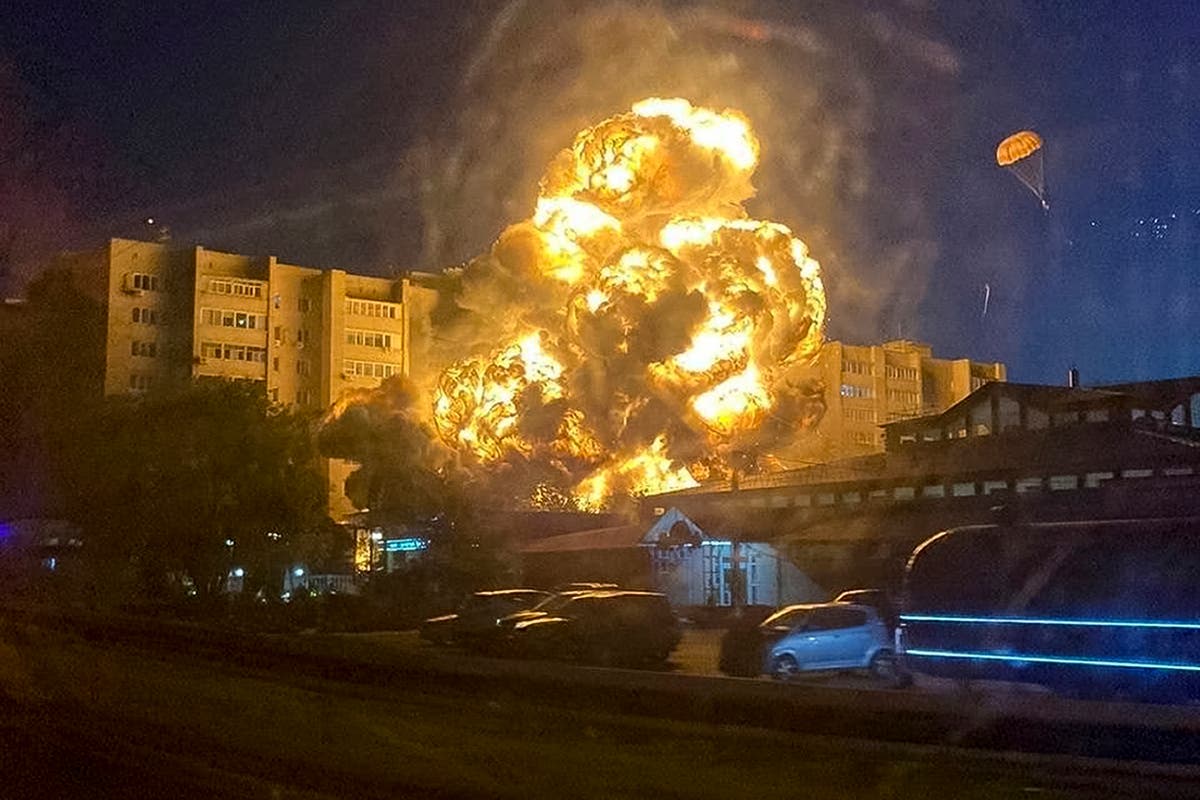 A Russian fighter jet has crashed in a residential area near an inland port, starting a fire in an apartment building and killing at least six people.

The Russian defense ministry said one of the engines of the Su-34 bomber caught fire, causing it to crash in the port of Yeysk, across the Sea of ​​Azov from Russia’s occupied territory in Ukraine.

Russian officials said through news agencies that six people were killed, another six were missing and 19 injured, four of them seriously. About 250 people were evacuated, including 40 children.

Russian investigators said they had launched a criminal investigation into the crash.

“Emergency services are already on the scene – all regional fire and rescue garrisons are working to put out the fire,” Kondratyev wrote on Telegram.

Yeysk, a city of 90,000 with a large air base, is separated from Russia’s claimed territory in southern Ukraine by a narrow stretch of the Sea of ​​Azov.

The Su-34 is a supersonic twin-engine bomber equipped with advanced sensors and weapons. It is an important offensive element of the Russian air force that has been used extensively during the wars in Syria and Ukraine.

Monday’s incident was the tenth reported non-combat crash of a Russian fighter jet since Moscow sent troops to Ukraine eight months ago.