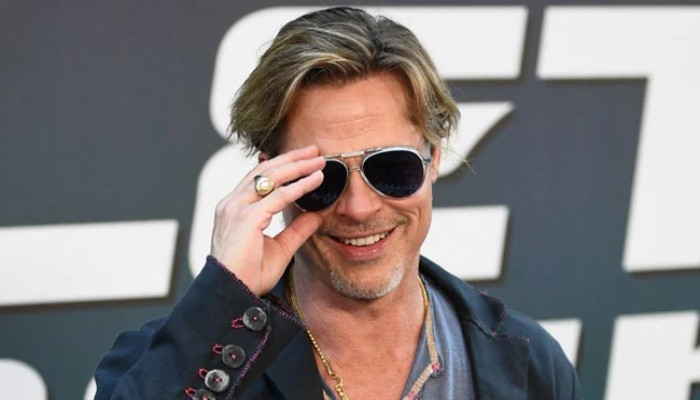 Hollywood hunk Brad Pitt is making headlines for his latest action movie Bullet Train and fans are already loving him for his cool assassin avatar.

The Fight Club actor, 58, has already made fans salivate with his stunning looks on the red carpets and press tours for the new movie, he recently wowed his costars with his cute move during an interview.

“I’m going to do this shirtless interview if this goes on much longer,” Pitt said jokingly.

Comedy Central host Josh Horowitz had asked Henry, 40, and Taylor-Johnson, 32, to guess which of Pitt’s films featured shirtless scenes in an interview published on Thursday, Aug. 4.

While Henry admitted he can’t answer that question, the Fury star took off his shirt. Pitt, with a comical look on his face, unbuttoned his yellow jumpsuit. Then he pulled up his white undershirt.

In a brief moment, fans were able to get a peek at the Mr and Mrs Smith star’s chiseled abs and some of his chest tattoos.

Bullet Train was released worldwide on August 5. The film is currently in theaters.