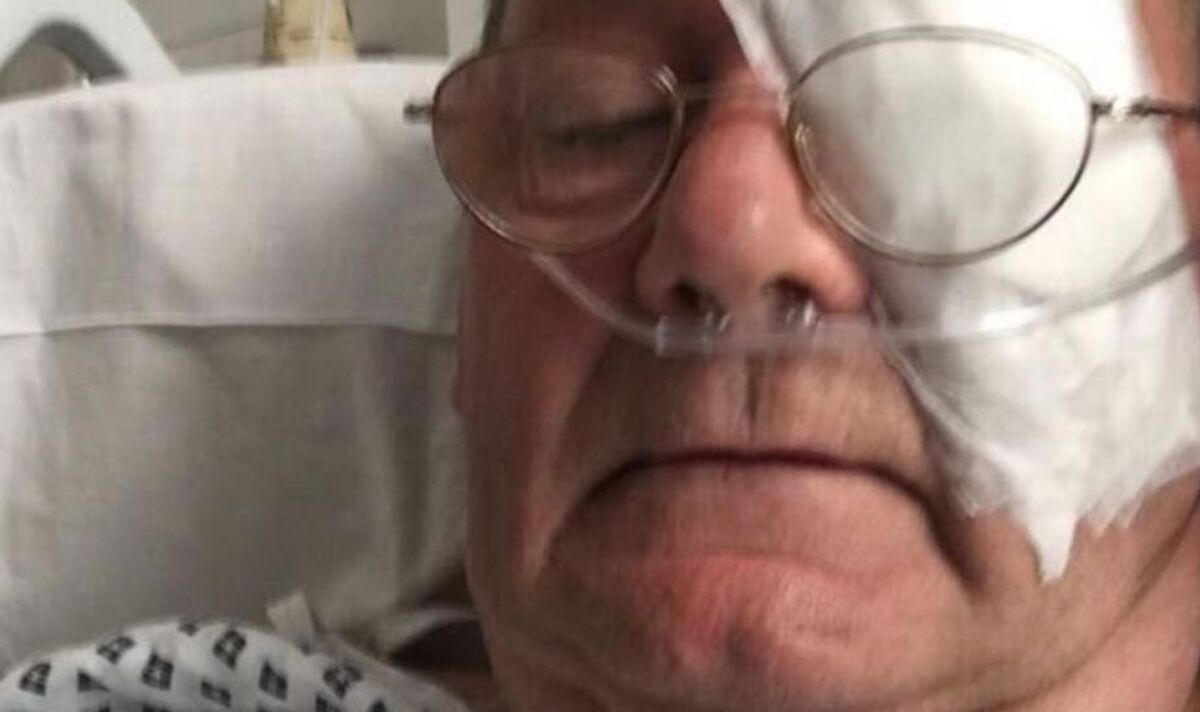 A retiree was enjoying the trip of a lifetime when a sudden “unbearable” infection caused him to lose an eye.

Raymond Kay’s trip to Thailand turned into a nightmare after he began to feel the sensation of a ‘foreign body’ in his left eye.

Thinking it was his contact lens, the 68-year-old took it out and cleaned it well.

However, the uneasy feeling did not go away and the father of four had to go to a Thai clinic for eye drops.

When the treatment didn’t work, the retired plumber flew back to the UK and visited his local Specsavers branch, where the staff cast one look in his eyes and instructed him to head straight to the hospital, The Manchester Evening News reports.

After multiple eye tests, swabs and medication – including treatment on Christmas Day – it was determined that Raymond had a fungal infection of the eye and needed a cornea transplant.

The surgery went ahead on New Year’s Eve and his old cornea was placed in a lab.

Raymond spent the next two weeks in an eye hospital where he was cared for around the clock.

Raymond said, “I’ve got a fake eye now. Everything is half as good as it used to be, but you get used to it.

“It’s hard at first because you lose your peripheral vision.

“After the surgery, I also started to lose sight in my good eye. I had to have a cataract removed.

“Now I have to have a laser because the scar tissue behind the lens is starting to fog up. It’s a constant concern for me.”

While yeast infections of the eye are rare, they can be very serious.

The most common way a person gets a yeast infection of the eye is from an eye injury, especially if the injury was caused by plant material such as a stick or thorn.

Fungal infections can also come from outside, such as vegetation that can brush against the eye.

Raymond has no idea how the fungal infection in his eye started, but he thinks his 30-day contact lenses, which he started wearing in 2018, may have worsened symptoms.

“It was excruciating pain, it was 24/7,” he added. “The eye looked like it had a white spot in the center.”

While direct evidence to suggest that contact lenses cause fungal infections is lacking, there may be a link between the two, according to Moorfields Eye Hospital NHS Foundation Trust.

Fungal keratitis can occur with contact lens wear, but it most commonly occurs in people who sustain eye injuries from farming or gardening accidents, eye surface disease, and people with immunosuppression.

This infection is one of the most serious forms of corneal infection that can occur with contact lens wear.

To prevent infections, the NHS advises contact lens wearers to visit their optician regularly, always wash and dry hands before handling lenses, check that the lenses are not inside out and apply lenses before applying makeup. get up.

It is recommended that you never use tap water to clean, sleep or wear contact lenses while swimming or showering.