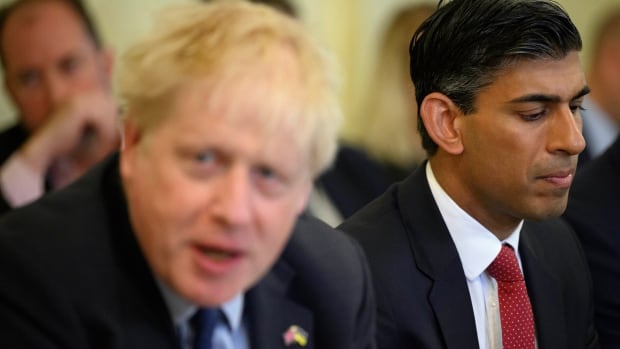 Three British ministers, including the finance and health ministers, resigned on Tuesday, in what appeared to be a death blow to Prime Minister Boris Johnson, who had tried to apologize for the latest scandal involving sexual misconduct against one of his ministers.

Health Minister Sajid Javid announced his resignation in a statement, saying he “could no longer proceed in good conscience”.

Moments later, Treasury chief Rishi Sunak also announced that he would be retiring. By late night, Johnson’s Solicitor General for England and Wales, Alex Chalk, had also resigned, saying in a statement it was time for ‘fresh leadership’.

The resignation came as Johnson apologized for what he said was a mistake not to realize former whip and Tory MP Chris Pincher was unfit for a government job after sexual misconduct complaints were filed against him.

British Prime Minister Boris Johnson said he thought it was “a mistake” to appoint former whip Chris Pincher to his government after sexual misconduct complaints were filed against him. Johnson said if he had been given a second chance, he would have done it differently.

“In hindsight, it was the wrong thing to do. I apologize to everyone who was badly affected,” Johnson told broadcasters.

Johnson may get second confidence vote

Johnson’s authority had already been shaken by a string of government scandals and a vote of no confidence last month. He survived, but 41 percent of conservatives voted to remove him from office.

The prime minister’s mixed reactions to months of allegations of party-breaking in government offices that ultimately resulted in 126 fines, including one levied against Johnson himself, fueled lingering concerns about his leadership qualities.

Even before the Pincher scandal, there were suggestions that Johnson could soon have another confidence vote.

In the coming weeks, conservative lawmakers will elect new members to the committee that sets parliamentary rules for the party.

Several candidates have suggested they support a rule change to allow for another vote of no confidence. The existing rules require 12 months between such votes.