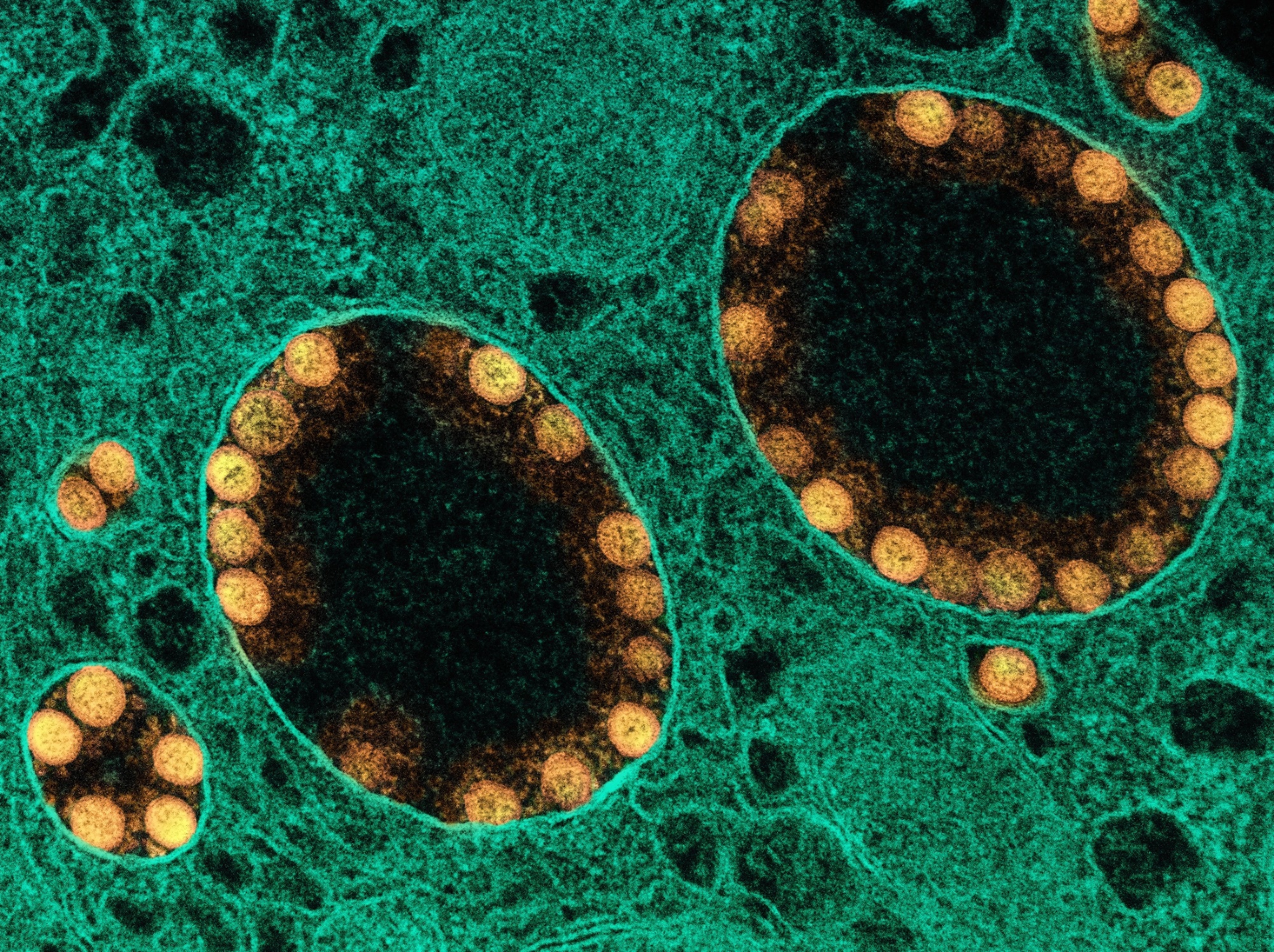 An article reviewed in the journal Scientific Reports and currently available on the Research Square* preprint server reports on chicoric acid (CA) as a potential inhibitor of severe acute respiratory syndrome coronavirus 2 (SARS-CoV-2).

There is still a critical medical need for new, targeted drugs that can fight SARS-CoV-2 infections. The creation of such antivirals in most cases requires knowledge of the function and structure of potential viral targets and the identification and profiling of small molecule modulatory attachment sites in these proteins that allow structure-based drug design (SBDD) techniques.

The SARS-CoV-2 nucleocapsid (N) protein is an important target for the development of new antiviral agents because it is essential for the transcription and packaging of the CoV genome. The N protein is most often expressed in infected cells. Still, it has not been widely used as a target for anti-SARS-CoV-2 drug development, unlike the envelope (E) and spike (S) structural proteins. Indeed, the structural data on the ligand binding of the N protein is limited.

In the current study, the researchers from the Brazilian Center for Research in Energy and Materials and the State University of Campinas used a novel fluorescence polarization-based high-throughput screening (HTS) assay to uncover small compounds that interfere with the ability of the N protein to bind to a specific RNA, i.e. RNA1, obtained from the SARS-CoV-2 genome pack signal (PS).

To develop an assay to recognize the potential inhibitors of N-protein RNA-binding capacity, the team looked for an N-protein target RNA containing the SARS-CoV-2 PS sequence as a candidate. A fluorescence polarization assay (FP) targeting various 5′-fluorescein isothiocyanate (FITC)-labeled RNAs monitored the RNA-binding activities of the N protein.

The scientists used an FP assay to conduct an HTS experiment examining a library of about 3,200 authorized drugs and bioactive compounds. Concentration-response studies were performed using the shortlisted molecules to verify the efficacy of the hit candidates as inhibitors of the N-protein-RNA1 contact.

1 H saturation transfer difference nuclear magnetic resonance (1 H-STD NMR) and isothermal titration calorimetry (ITC) were used to further investigate the characteristics of CA as a ligand for the N protein. The authors established the crystal structure of the C-terminal domain (CTD) of the N protein in combination with CA to shed light on how CA binds to the N protein. They tried to see if CA could prevent SARS-CoV-2 infection in vitro after validation of CA as an N-protein ligand with likely consequences for RNA attachment activity.

When evaluating bioactive small molecules, highly polar compounds stood out, especially polyphenols such as chebulic acid (CI), ellagitannins, punicalin (PL), and punicalagin (PG), as well as tartaric acid diesters, such as CA, and polysulfonate naphthylureas such as suramin (SUR). The latter agents disrupted the contact of an RNA probe generated from the SARS-CoV-2 PS sequence, RNA1, and the full-length SARS-CoV-2 N protein at the submicromolar level.

The crystal structure of SARS-CoV-2 N protein CTD-binding chicoric acid (CA) reveals a network of polar contacts and structural adaptations to accommodate the symmetric ligand in the CA-N protein binding site. A) Cartoon representation of the N-protein CTD dimer crystal structure showing the secondary structural elements (in blue), including two 310 (η) helices, five -helices and two anti-parallel -strands and the CA binding site (inset marked by the blue dotted square). B) Detailed CA binding site from the inset of panel A. The CA molecule is shown as sticks (orange) with the electron density map in blue. CA binds to a shallow pocket formed between -helices 1-2 and -helix 2, near the C-terminus (C-Ter). C) CA atomic interactions with the N protein residues. The CA carboxyl groups are ideally spaced to form electrostatic interactions and hydrogen bonds with Arg276 side chain (NH1 atom), Arg277 main chain amine and a structural water molecule (W288) stabilized by Arg276 NH2. Thr271 and Gln289 can further position hydrogen bond donors (Thr271O and a water structural molecule, W478, stabilized by the Gln289 carbonyl) to symmetrically interact with the carbonyl groups of both caffeoyl units of CA. One of the catechol motifs of CA is well accommodated near the C-terminal Pro364, with a well-defined electron density (see panel B). D, E) Superposition of the CA binding site in the native N protein CTD (blue sticks, PDB ID 7UXX) and CA-N protein CTD complex (grey sticks (PDB ID 7UXZ)) emphasizing structural adaptations caused by CA binding (marked by red arrows). Figures were generated with Pymol (Schroedinger Inc.). Polar contacts are indicated by dashed lines with the measured distances in Angstroms. Oxygen atoms are shown in red, nitrogen atoms in blue. Water molecules are represented as red spheres.

CI, PL, PG and SUR were previously described to exhibit different biological characteristics, including antiviral activity. However, CA was highlighted as a new class of N-protein modulators and one of the most effective hit compounds discovered in current HTS studies.

According to the study authors, the current study was the first characterization of a non-endogenous ligand for the SARS-CoV-2 N protein and the first description of this modulatory ligand binding site on the CoV N protein.

In the current study, the scientists described a new fluorescence-based HTS assay that allows the discovery of small compounds that hinder the ability of the SARS-CoV-2 N protein to bind RNA. They used a series of biophysical studies to characterize the top hits. The researchers have solved for the first time the crystal structure of the non-endogenous ligand that binds the N protein CTD, illuminating a new modulatory region in the SARS-CoV-2 N protein. Notably, the CA-binding region was conserved in SARS-CoV and partially conserved in the N proteins of Middle East Respiratory Syndrome (MERS).

The current data provide the structural basis for the rational design and establishment of new antiviral drugs targeting the SARS-CoV-2 N protein, a relevant and unstudied target of CoVs, despite the need for further refinement of CA as a antiviral drug.

Pre-printing with Research Square publishing preliminary scientific reports that have not been peer reviewed and therefore should not be considered conclusive, should guide clinical practice/health related behavior or be treated as established information.