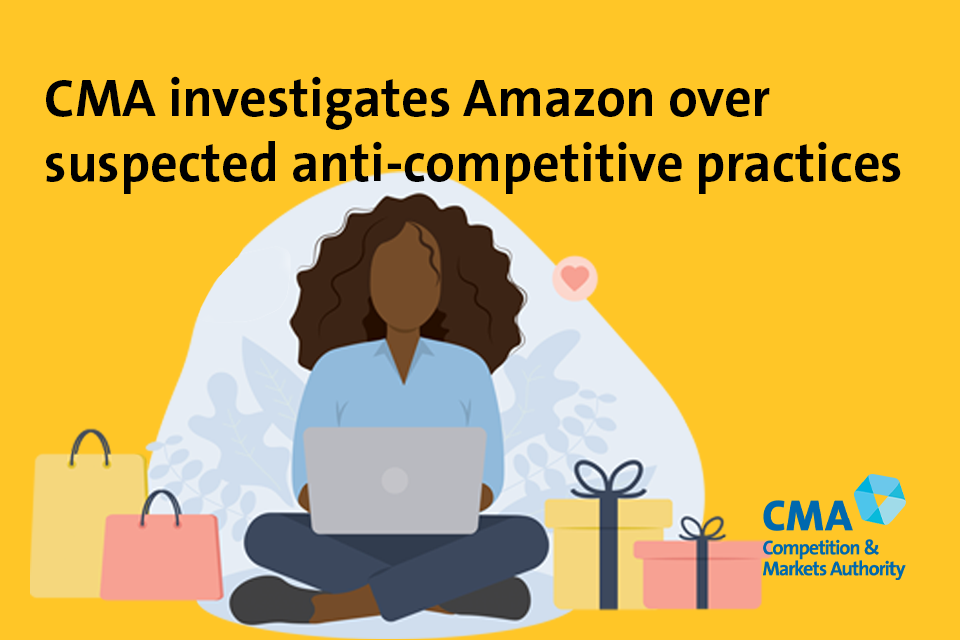 This new investigation follows a current European Commission inquiry into similar concerns, which do not relate to ongoing issues affecting the UK as it has left the European Union.

Some products on Amazon’s Marketplace are delivered through its own retailer. However, a large portion is provided by third-party sellers. Amazon provides services to these sellers, including services essential to selling, such as matching sellers with consumers. It also offers optional services that come at an additional cost, such as Amazon’s “Fulfillment by Amazon” service. This covers some aspects of the sales process including warehousing, packaging and delivery.

The Competition and Markets Authority (CMA) investigation will determine whether Amazon has a dominant position in the UK and whether it is abusing that position and distorting competition by giving an unfair advantage to its own retailers or sellers using its services, compared to other third-party sellers on the Amazon UK Marketplace.

The research will focus on 3 main areas:

Millions of people in the UK rely on Amazon’s services for fast delivery of all types of products at the click of a button. This is an important area, so it’s good that we carefully examine whether Amazon is using third-party data to unfairly boost its own retail business and whether it favors merchants using its logistics and delivery services — both of which could weaken competition. .

Thousands of British companies use Amazon to sell their products and it is important that they can operate in a competitive market. Any loss of competition is a loss to consumers and could lead to them paying more for products, being offered lower quality items or having less choice.

A formal investigation will enable us to properly investigate this matter.

The CMA has not yet reached a conclusion at this stage on whether or not competition law has been infringed.

In addition to this case, the CMA also has an open investigation into Amazon and Google, under consumer protection law, over concerns that they have not done enough to combat fake reviews on their sites. The CMA has not reached any conclusions at this stage as to whether or not there is a violation of consumer laws.

More information can be found on the research on Amazon’s Marketplace case page.