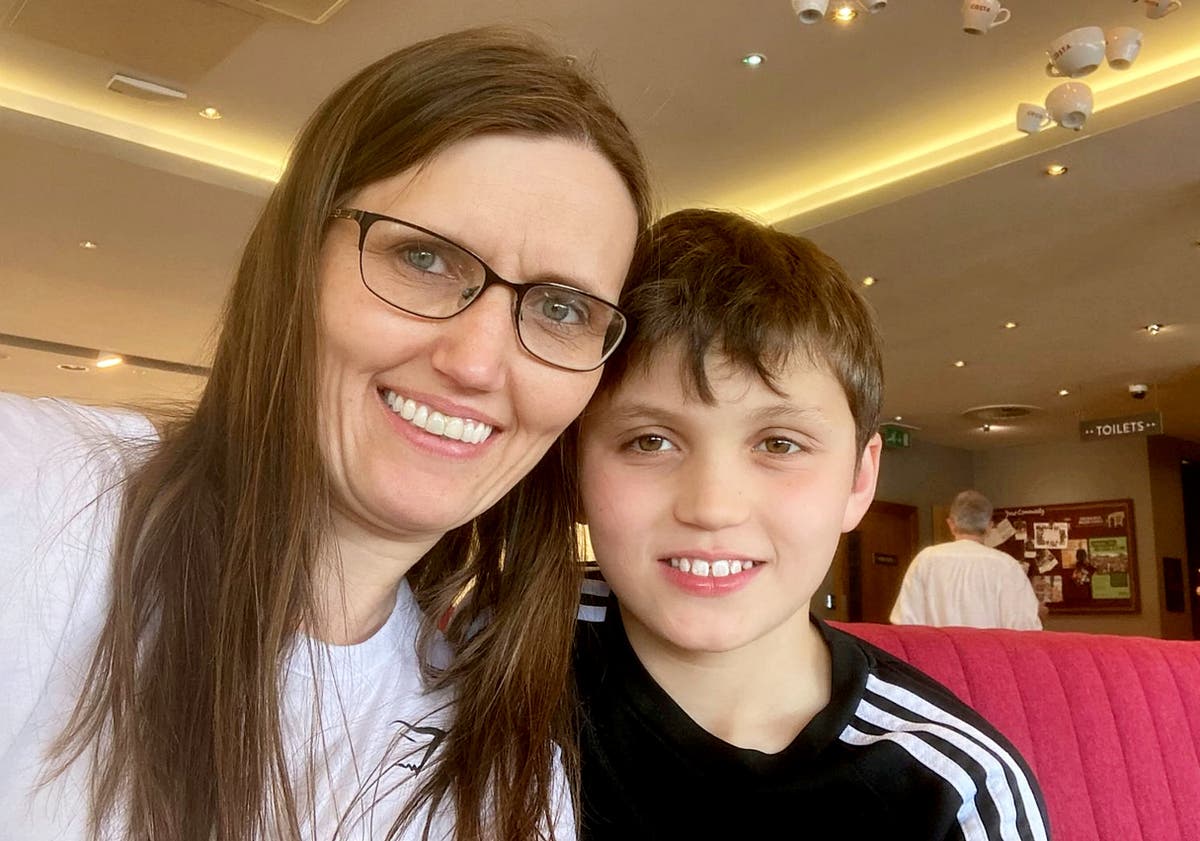 A nurse who has worked tirelessly during the pandemic has been diagnosed with terminal cancer – after mistaking a persistent cough for a symptom of long-term Covid.

Victoria Puar, 46, says she contracted the virus during a camping trip with her family in August 2021 and then coughed violently for months.

Believing the cough was the result of long-term Covid, Victoria was finally sent for tests earlier this year – which ultimately showed she was living with stage four lung cancer.

The mother of two, from Castle Bromwich, West Midlands, says her only wish is to reminisce with her beloved family, and urges anyone who is coughing to get it checked out by a doctor as soon as possible.

Her NHS colleagues are also trying to raise money so that Victoria and her radiologist husband, Ben, 46, can take their children, son Joseph, 11, and daughter, Lydia, eight, to Disneyland in the time she has left.

“I hope the chemotherapy and immunotherapy will give me a few more years. I pray for that.

“If someone is coughing, please, please go and get it checked and don’t just assume it’s just a Covid cough.

“I never thought my cough would turn out to be cancer. I literally thought it was a Covid cough because that’s what you get to hear.

“There are a lot of people who are coughing and you just don’t realize it. You don’t know if it’s something more serious, so please get it checked.”

Victoria, Ben and their two children were all quarantined after the whole family contracted Covid-19 while on a camping holiday in August 2021.

Ben and Joseph suffered greatly from the virus, while Victoria and Lydia weren’t feeling too bad.

But after the family recovered, Victoria went back to work at Birmingham Children’s Hospital as a nurse – finding herself still coughing.

She said: “Ben and Joseph were really bad, but Lydia and I weren’t all that bad – I was just a little weak and coughing. I just kept coughing.

“When I called my GP in October 2021 they told me not to come right away because it was a Covid cough and you need time to get over it, so give it three months.

“They kept saying it looks like a long Covid, that’s all they wanted to say because nobody knows exactly how long Covid is or how to deal with it because it’s so new.

“I kept working while I got negatives on my PCR tests and I didn’t feel bad. I just kept coughing.”

Victoria says her GP rejected her cough as a result of prolonged Covid. She continued to work on the front lines during the pandemic.

It wasn’t until around February 2022 – six months after she contracted Covid – that Victoria was sent for a chest X-ray while her cough was still present after her GP began to worry about the sound of her breathing.

The X-ray showed inflammation on her chest and Victoria was given steroids and inhalers with doctors who believed she may have developed asthma as a result of the coronavirus.

The medication reduced the inflammation on her chest and Victoria was sent for another chest X-ray where doctors saw a shadow on her lower left lung.

Victoria then underwent an urgent CT scan, a PET scan, an EBUS procedure, biopsies and blood work to find out what the shadow might mean.

The CT scan revealed a pericardial effusion where too much fluid has accumulated in the pericardium, the structure around the heart.

An echocardiogram on June 9 showed that Victoria indeed had heart failure and the mother of two was rushed to the theater where they drained 410 ml of fluid from her heart – more liquid than in a can of Coke.

The procedure meant Victoria could breathe more clearly, but she was eventually diagnosed with stage four adenocarcinoma two weeks ago on June 14.

Despite the long wait for a diagnosis, she says she doesn’t blame her GP or the NHS – because she too thought she had Covid for a long time.

Victoria said: “They initially thought it was stage one, but then discovered it had spread from my lungs to my heart and to a lymph node on my collarbone, so it’s stage four cancer.

“It was horrible going through all these tests because I’m a pediatric nurse and I was told I had a pericardial effusion for which we would immediately rush our young patients to the theater to drain the fluid.

“I seemed to be more concerned with the fluid than they were because I’m used to treating kids for it, but I’m an adult so it’s a little different because an adult body can hold more fluid.

“The inflammation hid the shadow behind it, so without the steroids that reduced it, they would never have seen the cancer there. We don’t know if the inflammation was caused by Covid or the cancer.”

Victoria will now undergo two rounds of chemotherapy and one round of immunotherapy this Friday with her first chemotherapy session.

Her colleagues at Birmingham Children’s Hospital set up a JustGiving page last week in hopes of raising money so Victoria can take her kids to Disneyland and make special memories while she can.

Incredibly, friendly strangers around the world rushed to support her and her JustGiving page raised over £8,000 in the first 48 hours of going live on the website.

As Victoria prepares for her first round of chemotherapy, she urges anyone with a cough to see a doctor immediately and not dismiss it as a possible long-term Covid virus.

She said: “My life has been turned upside down. It’s crazy, just totally crazy.

“I hope the chemotherapy and immunotherapy will give me a few more years. I pray for that.

“We’ve always wanted to go to Disney, and obviously my time is limited now, so one thing we still want to do is go to Disney after my treatment is done.

“People have been so generous on the JustGiving page. I don’t even know who some of the donors are, I wish I could thank them. I’m so grateful, I can’t believe it.

“If someone is coughing, please, please go and get it checked and don’t just assume it’s just a Covid cough.

“I hear so many people say they have a Covid cough months after they contract Covid. I hear it so often and I just want people to check it out just in case.

“I never thought my cough would turn out to be cancer. I literally thought it was a Covid cough because that’s what you get to hear.

“There are a lot of people who are coughing and you just don’t realize it. You don’t know if it’s something more serious, so please get it checked.”