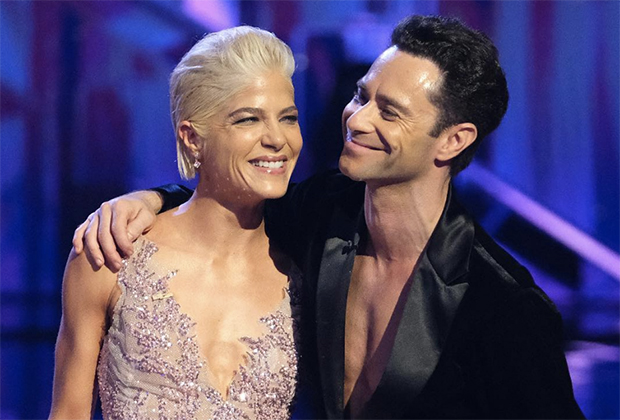 Selma Blair’s time in the Dancing with the stars Ballroom came to a premature end on Monday night when the actress voluntarily stepped away from the season 31 competition.

Blair was diagnosed with multiple sclerosis in 2018 and has been transparent about her battle with the chronic disease during her entry into Season 31 with professional dancer Sasha Farber. But during rehearsals for this week’s two broadcasts, MRI results revealed that the rigors of the competition took a significant and potentially dangerous toll on Blair’s muscles and bones. So she decided to leave the competition on Monday’s broadcast, which celebrated the most memorable year of each contestant’s life; she and Farber still performed a waltz for Andra Day’s “What the World Needs Now is Love,” earning them a perfect 40 from the judges.

“I don’t think people understand what this show means” [the competitors]Blair told co-host Alfonso Ribeiro after her performance. “Everyone had such incredible reasons for being here – so healthy and so good. It’s so heartwarming to see the public reacting to each of us and our efforts. I’m so proud of everyone and I’m so proud of this audience that they see us.”

Because Blair voluntarily left the competition, no other dancers were eliminated in Monday’s episode. A second, Prom Night-themed episode of To dance will stream on Disney+ on Tuesday night (8/7c), and Monday’s judges’ scores will instead factor into Tuesday’s final results. (Blair’s perfect 40 doesn’t affect the competition; TikTok star Charli D’Amelio and pro Mark Ballas took the evening’s second-highest score of 39—including the season’s first 10s!—with their contemporary number.)

Video of Blair’s latest performance will be added as it becomes available. In the meantime, leave a comment with your thoughts on her early departure.