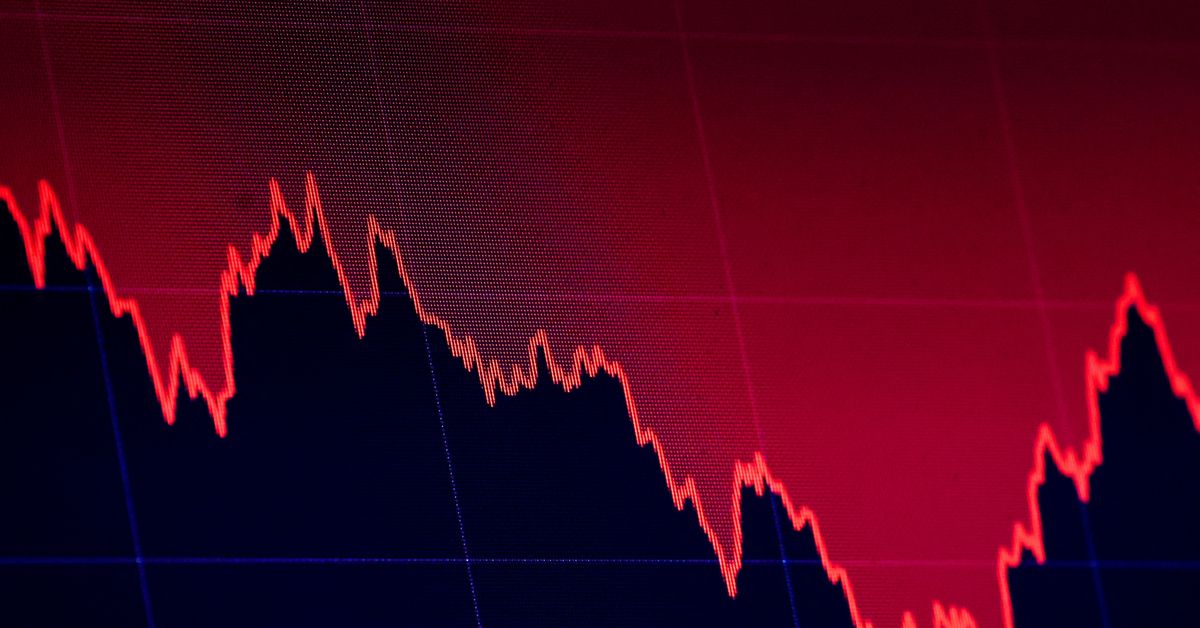 Sept 23 (Reuters) – The blue-chip Dow Jones Industrial Average (.DJI) plunged Friday, picking up pace to confirm it has been in a bear market after falling 20% ​​from its January record.

The Dow would be the last of the three major indices to gain bear market status after the S&P 500 (.SPX) hit that grim milestone in June and the Nasdaq (.IXIC) in March.

If the Dow closes below 29,439.72 points, this would confirm a bear market that started on January 4, according to a commonly used definition.

The renewed selling pressure on the markets comes in a week in which the US Federal Reserve has raised interest rates by three-quarters of a percentage point for the third time in a row and pledged to continue until inflation is under control.

It has been a tumultuous year for Wall Street, plagued by concerns over the Russian invasion of Ukraine, an energy crisis in Europe and the end of a global easy money policy.

The last time the three indices fell so sharply was in 2020 during the peaks of the pandemic sell-off.

Increased fears of an economic downturn in the US next year and its impact on corporate earnings has prompted brokers to lower their year-end targets for the S&P 500. read more