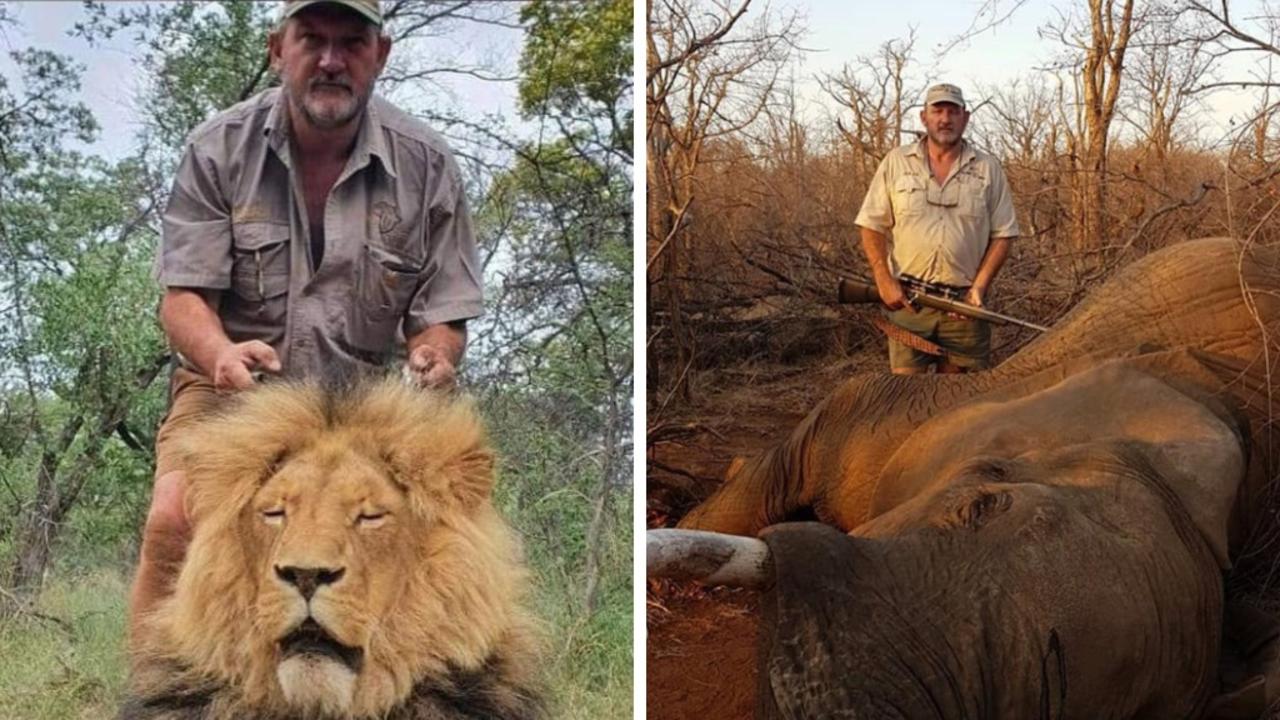 A trophy hunter who killed lions and elephants has been found dead next to his car in South Africa. WARNING: Disturbing images.

A trophy hunter has been found dead in South Africa after his truck broke down, according to reports.

Riaan Naude, 55, head of Pro Hunt Africa, regularly shared photos of himself with his murders, which include lions and elephants.

His body was reportedly found next to his vehicle in Marken Road, Limpopo. Police said they have not yet found a motive, the New York Post reports.

The Heritage Protection Group (HPG) – a non-profit organization that focuses on preventing and investigating serious crime – said Mr Naude had stopped at the side of the road after his car overheated about 3 miles from Mokopane.

It claimed that when a white Nissan was seen stopping next to the vehicle. Two men got out and one allegedly shot Mr Naude at close range, Metro VK reports.

HPG alleged that the men then stole one of Mr Naude’s weapons and fled the scene of the accident.

Police confirmed that Mr Naude was shot dead, according to reports.

“The motive for the attack and subsequent murder is unknown at this stage,” said Lt. Col. Seabi.

According to police, a herdsman heard a gunshot and saw a Nissan truck drive away.

Based in the north of South Africa, Mr Naude’s company bills itself as a “hunting and Eco Safari outfit” for tourists.

“We are your African dream”, the website boasts. The company charges $500 a day to hunt game, $3600 for crocodiles and $2200 for a giraffe, according to Pro Hunt Africa’s price list.