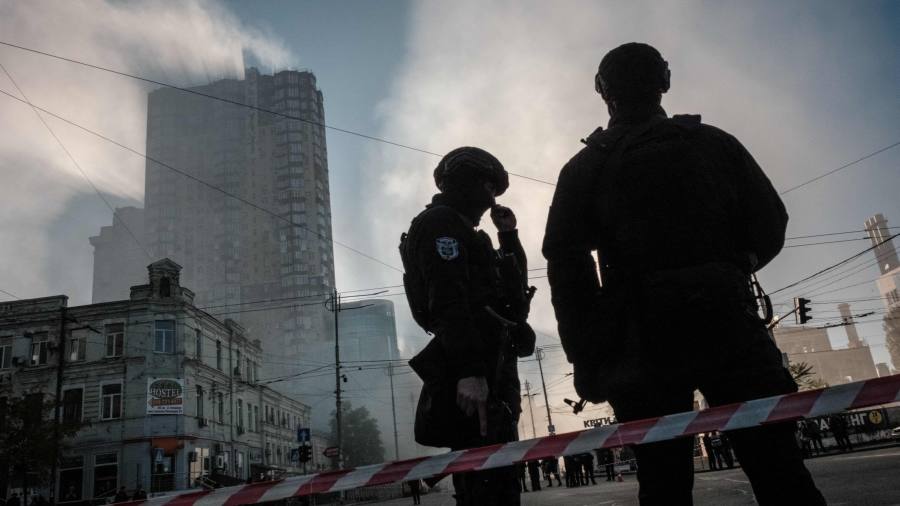 EU member states have expressed support for the imposition of new sanctions on Tehran if its military support for Russia’s war in Ukraine is proven in the wake of attacks on Kiev, allegedly using Iranian-made drones.

In talks on Monday, the bloc’s foreign ministers reached a consensus in principle on sanctions against Tehran for supplying Shahed 136 “kamikaze” drones to Moscow if it receives irrefutable evidence that they are being used against Ukraine, as Kiev has maintained.

Witnesses said the explosions that hit Ukraine’s capital Monday morning were preceded by a buzzing sound similar to a loud lawnmower engine, a description that suggests the Shahed 136 drones may have been used.

The Kiev city government said 28 drones had been sent to attack the capital, five of which reached their targets, suggesting Ukraine’s air defenses had shot down many of them before they could do any damage.

“A large group of member states were in favor of sanctions,” Foreign Minister Wopke Hoekstra told the Financial Times after the meeting in Luxembourg. “All the evidence, or all the things we’ve seen, clearly suggest” [Iran’s] involvement.”

According to Ukrainian officials, in recent weeks Russia has increasingly deployed Iranian drones to target infrastructure across Ukraine, sending them in swarms to make it more difficult for them to be targeted by Ukrainian air defenses.

“We are collecting evidence and we are ready to respond with the tools at our disposal,” Josep Borrell, the EU’s chief diplomat, said after Monday’s meeting, which included intelligence assessments of the attacks and a discussion about the response of the block.

“This one [sanctions] processes must be based on evidence. There is evidence, it has been provided by the relevant intelligence agencies,” Borrell added. “Once all the evidence is available, and there is already a lot of it, I don’t think there will be a problem with future steps taken by Member States.”

Numerous ministers at the meeting called for action against Iran, citing its “obvious” involvement in the war, according to two people aware of the talks, adding that EU leaders could agree to take more steps during a summit at the end of the week .

Tehran has denied that its drones are being used by Russia in the war.

Danish Foreign Minister Jeppe Kofod told reporters on Monday that the apparent use of Iranian drones to attack central Kiev was “an atrocity”, adding that the EU must “respond vigorously. . . and take concrete steps”.

France’s foreign ministry said last week that “a delivery of Iranian drones to Russia” would violate a 2015 UN Security Council resolution authorizing Iran’s nuclear deal with other world powers, triggering a series of economic sanctions against Tehran. was lifted.

In Monday’s attacks, the white, V-shaped drones with payloads of up to 30 kg targeted buildings in central Kiev, their noisy engines humming like mopeds, as the Ukrainian armed forces now call them.

The Ukrainian Air Force said it shot down 15 kamikaze drones on Monday morning en route to targets in the south and east of the country. 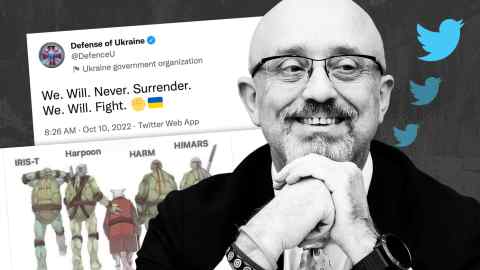 Allegations of Iranian military aid to Russia, as well as Western criticism of Tehran’s recent crackdown on protests, threaten to further complicate diplomatic efforts to revive the nuclear deal.

Talks to revive the deal have stalled for weeks, with the US and its European allies accusing Tehran of intransigence in frustration that Iran did not agree to a draft agreement proposed by the EU in August.

The EU, which brokers talks between the US and Iran, has said the talks will be kept completely separate from other bilateral issues, including sanctions, and will not influence the bloc’s actions.

On Monday, EU foreign ministers agreed on a new package of sanctions against 11 Iranian individuals and four entities linked to Tehran’s crackdown on protesters and the death of 22-year-old Mahsa Amini in the detention of the government last month. country’s vice squad.