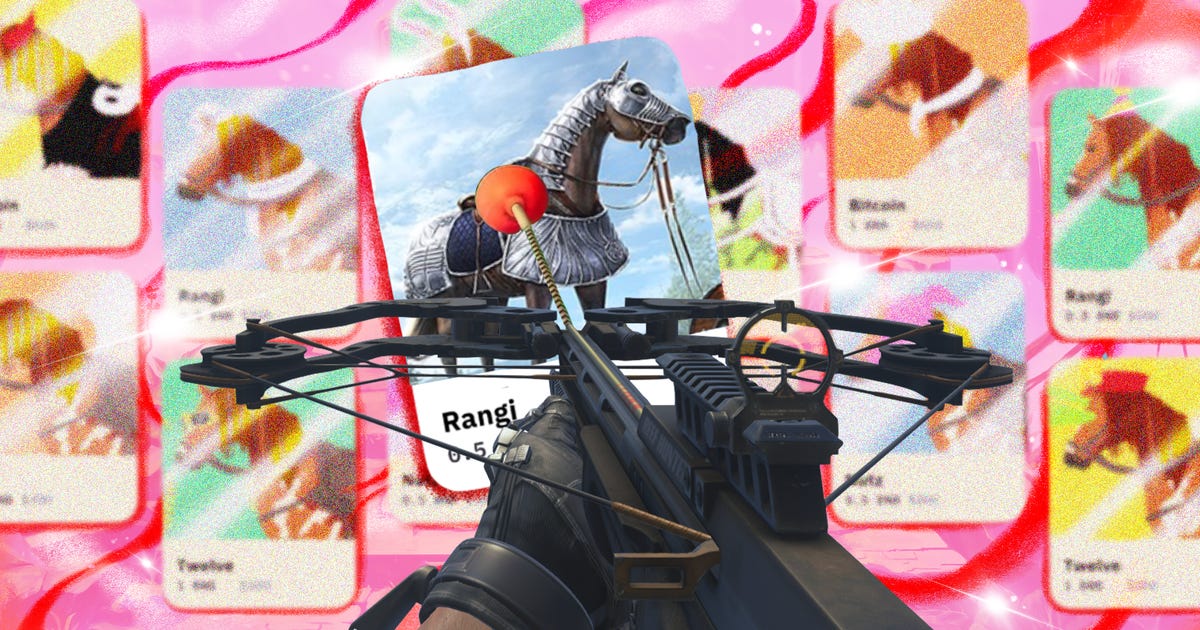 Nonfungible tokens, or NFTs, have a small foothold in the video game industry, but that’s already too much for some gamers. Backlash over the possibility of a prominent game company indulging in digital tokens has been swift and fierce, causing some developers to backtrack on grandiose plans almost immediately.

Gamers have traditionally pushed back on what they see as exploitative content designed to take money out of their wallets. From downloadable content, or DLC, to loot boxes, the game industry is always looking for innovative ways to monetize products. Despite gamers’ opposition, experts say video game NFTs, like DLC, are here to stay because tokens like these could be potential money-makers for major game companies.

The early days of DLC have a lot in common with the current state of NFTs. One particular piece of content was particularly infamous and represented the beginning of a new era in video game monetization.

It all started with a horse

Content available via download was a bit mundane in the late ’90s with the first DLC being made for the real-time strategy PC game Total Annihilation. Developers would create new maps, units and other in-game content that PC players could download for free.

Things changed drastically in April 2006, when Bethesda Game Studios released the infamous Horse Armor Pack for the popular game The Elder Scrolls 4: Oblivion. Priced at 250 Marketplace Points, or about $2.50, the Horse Armor Pack was the butt of jokes for years after its release. It served no purpose other than cosmetics, it was a precursor to in-game skins, similar to what can be found in games like Fortnite today.

These low-priced in-game items, called microtransactions, were part of Microsoft’s new revenue model for the Xbox 360, released in 2005. Today we take microtransactions for granted, but then the response was immediate. And dramatically.

Opposition to the Horse Armor Pack spread like wildfire across online message boards. Many were concerned about the precedent being set.

Despite the criticism, the DLC was a big seller for Bethesda.

†[Horse Armor] was one of the most popular [DLC packs] we did it, believe it or not,” Todd Howard, game director and executive producer for Bethesda Game Studios, told IGN in 2016. Horse Harness.”

In its wake, microtransactions have since become a major money-maker for game companies bringing in more profit than the games themselves.

When it comes to video games, NFTs serve a slightly different purpose than traditional downloadable content like Horse Armor. NFTs are digital tokens for mainly digital assets. That digital item could be anything from a JPEG image of a “bored monkeyto a grainy image of a bird.

Some examples of NFTs in gaming are Pokemon-like creatures that you can trade in a game called Axie Infinity or in-game equipment in Ghost Recon Breakpoint. The latter didn’t work, bringing in a total of $400 when it was released last December. While the former was a big money-maker for some — one player was able to buy two homes with his winnings last year — the value of the Axie Infinity NFTs has fallen through most of 2022, thanks in part to a hack of the company’s blockchain, resulting in in more than $600 million worth of stolen crypto.

Game companies are still trying to figure out their strategy for NFTs. They have so far decided to take the cautious approach.

“Initially, they were presented by publishers as tokens representing things that were already for sale in games, such as weapons in shooting games,” said Wedbush Securities analyst Michael Pachter. The gamer’s response was that calling in-app items for sale ‘NFTs’ didn’t change what they were, responding as if this was just a money grab by the few publishers who put forward the idea. publishers quickly withdrew.”

Ubisoft, the publisher behind Ghost Recon Breakpoint, has since pulled back on NFTs. EA and Square Enix are two other major companies that have expressed interest in the digital token business, but have yet to reveal their plans.

So far, NFT plans from major game publishers have not thrilled gamers.

“What needs to be done is [NFTs] should get gamers to do things and experience things that they otherwise wouldn’t be able to experience and do, and those things and experiences should be compelling,” said Lewis Ward, research director for IDC. “NFTs need to answer the question, ‘What’s in it for me? ?’ from the gamer’s perspective, and the answer to that question better be cool.”

Even game developers are skeptical about NFTs. In the Game Developers Conference’s State of the Games Industry 2022 report, 70% of developers surveyed had no interest in digital tokens.

Still, the skepticism was the same for DLC, and billions of dollars later, microtransactions aren’t going anywhere.

“NFTs will eventually become a natural part of games,” Pachter said. “I think it will start out as user-generated content to make games better, like artists making skins, and expand into brands. Then it’ll be the Wild West.”