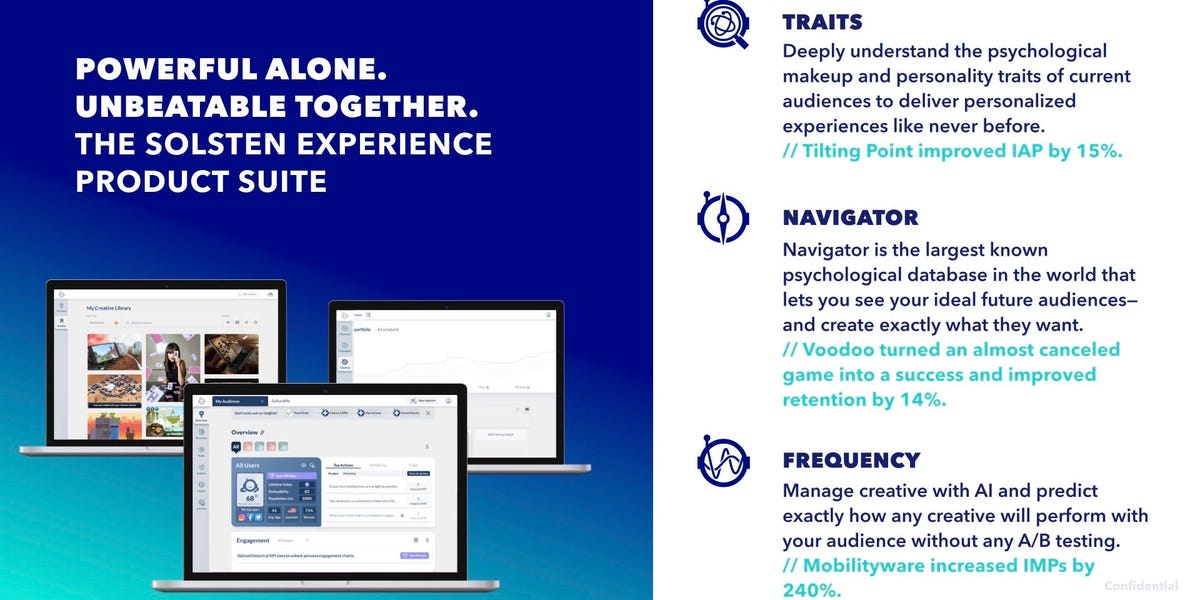 A startup that uses AI to understand the psychological makeup of gamers to improve the games they play has raised $22 million in new funding.

Founded in 2018, Berlin-based Solsten has created a platform that analyzes how people interact with games, allowing developers to tailor their offerings.

Game developer Tilting Point used Solsten’s platform for its casual puzzle game Languinis to see if a competitive event with leaderboards would improve user engagement and playtime. The studio found that Languini’s players were driven by psychological traits such as “altruism, friendship, and interpersonal relationships,” suggesting the developers that players preferred to collaborate on puzzles rather than compete with each other.

Joe Schaeppi, co-founder and CEO of Solsten, said there was a “deficit in the level of human understanding in products as they’ve been made to date,” often leading to digital experiences that were “both unhealthy and sub-optimal for users.”

“When technology is built in a genuine way, through deep understanding of the public using Solsten, engagement with digital products becomes mutually beneficial and profound,” he said.

“That’s why at Solsten, we’re fostering the ability for technology to understand human psychology and sociology, while keeping individual users completely anonymous.”

Solsten raised the money in a Series B round led by Konvoy Ventures, a Denver-based venture capital firm, with additional investments from a mix of new and existing lenders, including Nordic fund Inventure, GFR Fund, Sisu Game Ventures, Galaxy Interactive and Dentsu Ventures.

The investment brings Solsten’s total funding to $31 million since its inception four years ago.

Check out the 8-slide pitch deck that Solsten used to raise the new money below: