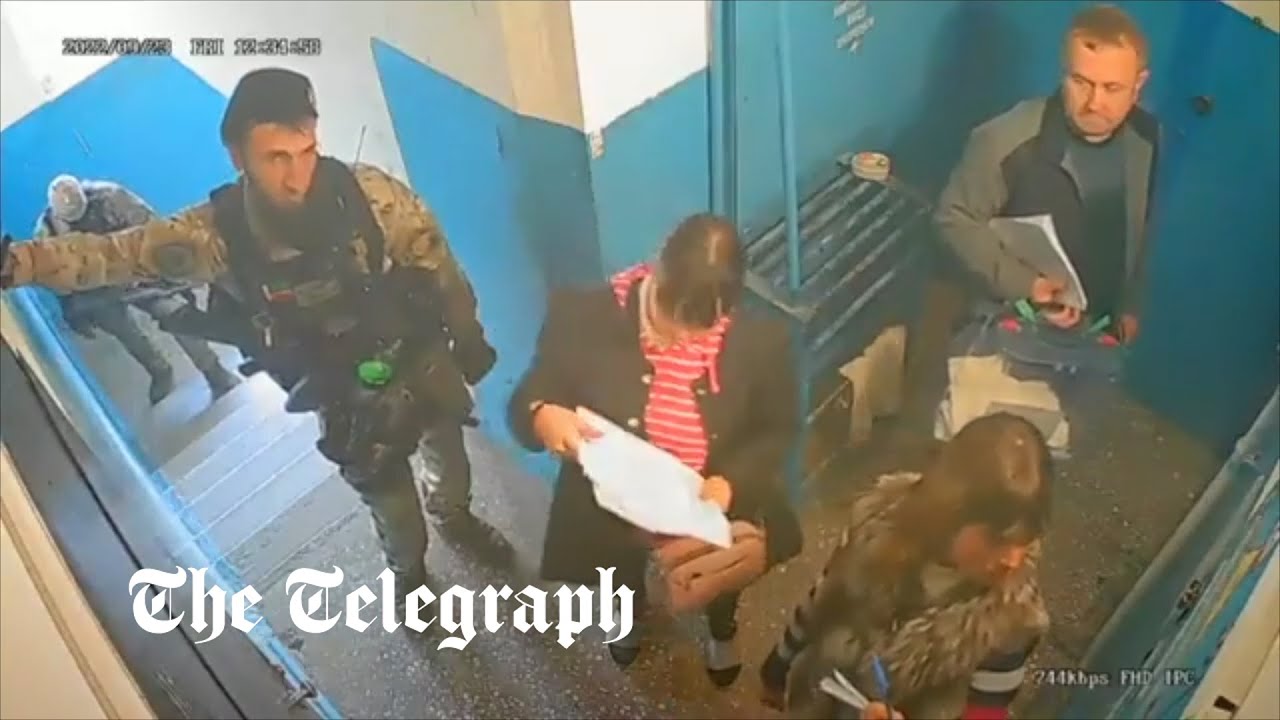 Propaganda leaflets were distributed to locals in Severodonetsk, saying that “Russia is the future” for Ukraine.

“The collapse of the once-unified state became the greatest geopolitical catastrophe: in the blink of an eye, millions of indigenous people found themselves on either side of artificial borders,” it said. “Now is the time to restore historic justice.”

“We have the opportunity to determine our own destiny, to defend the right to a better future for our children, to choose the path that will lead us to well-being and prosperity,” it added. “We are one people and we will be together.”

Similar pamphlets have been seen all over the city of Kherson, according to a local. Another said she intended to avoid the Russians by dressing as a child.

“I try to hold on to this image of a child, it seems to me that it is safer that way,” said the 24-year-old woman. “I have stopped wearing makeup, I don’t wear women’s clothes. It seems as if a child cannot look dangerous to the occupiers.”

She added that she was “unable to describe the pain” she would feel if Russia annexed her home.

“This is sheer despair. I want to cry and scream. Agony. I dream it will all end, we live in constant stress. I find gray hair in myself, and I’m only 24.”

While Russian troops rule with an iron fist, the demonstrations seen at the beginning of the occupation have evaporated – but resistance to the referendum remains and goes underground.

A local Kherson resident described anti-Russian pamphlets being distributed among her friends encouraging them to abstain.

“Once the occupation started, people went to meetings almost every day. Now the residents are fighting more covertly,” she said. “I don’t want to feel part of those people who were quiet all this time.”

Eliza, also from Kherson, said she feared for her family’s safety but remains hopeful for the future.

“I’m afraid. I’m not alone here. Here are my family and friends. I’m afraid everyone will face this kind of repression.”

“If Kherson became part of Russia, I would leave here with great frustration and anger,” she added. “But I’m sure Kherson was, is and will be Ukraine.”

However, not everyone was dissatisfied with the vote.

“We have all been waiting for a referendum on Russia’s accession for eight years,” said Leonid Pasechnik, Luhansk’s Russian-backed leader. “We have already become part of Russia. There is only one small thing left – to win (the war).”