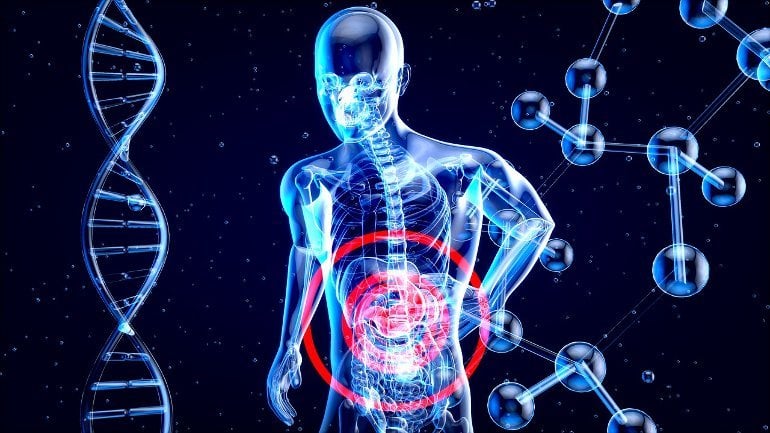 Overview: Proteins associated with motor neuron disease or ALS are present in the gut for many years before disease pathologies can be found in the brain. A stool sample or gut biopsy can help identify the presence of MND-associated proteins years before symptoms appear.

The same proteins thought to contribute to motor neuron disease can be found in the gut many years before brain symptoms appear, a new study from the University of Aberdeen has found.

The study, in collaboration with the University of Edinburgh and published in The Journal of Pathology: Clinical Researchfound evidence of the disease in one patient 14 years before they developed the condition.

The researchers suggest it might be possible to detect motor neuron disease (MND) and take action long before the brain is affected by taking a small gut biopsy or stool sample.

Although often considered a disease that affects only the brain, people with MND often have symptoms that affect other parts of the body, especially the gut. These symptoms may include altered bowel habits and weight loss.

MND is thought to be related to the build-up of certain proteins in the brain that clump together inappropriately, making brain cells sick, causing problems with movement, breathing and even thinking.

In an effort to understand broader manifestations of MND, the researchers studied historically stored tissue biopsies to look for signs of disease.

The study revealed disease-associated proteins that were present in the gut, skin, lymph nodes and other tissues, often years before these patients showed symptoms.

dr. Jenna Gregory of the University of Aberdeen, who led the study, says she believes “this is an important finding for our broader understanding of this disease. Early detection of disease could be a critical missing step in our efforts to treat this disease.” to cure – if disease markers are present outside the brain, it could pave the way for non-invasive early detection.”

Despite extensive clinical trials, there is currently only one approved drug that has been shown to extend the lifespan of people with MND by just a few months. One possible explanation for failed drug trials is that by the time a person has symptoms of the disease, it may be too late for a successful intervention.

dr. Fergal Waldron, a co-author of the study from the University of Aberdeen, says that “potentially effective treatments have been identified from a wide variety of experimental studies, but in these studies they were often effective only, or most effective, when applied before the onset of the disease – early detection in this way is a huge step forward in our search for a cure.”

“We hope this will mean that there is a better chance of treatment success and that the onset of disease can be delayed or even prevented if caught and treated early enough.”

dr. Mathew Horrocks from the University of Edinburgh added that “MND is a devastating disease, diagnosed with an average survival of 3-5 years. This work demonstrates that it is possible to observe features of the disease in readily accessible tissue more than a decade prior to the onset of symptoms. This could pave the way for an earlier diagnosis, expanding the therapeutic window, ultimately leading to a cure for MND.”

“This work also highlights the fantastic tissue resources available in Scotland and exemplifies the power of interdisciplinary research at the chemistry-medicine interface in Edinburgh and Aberdeen.”

About this ALS and MND research news

However, clinical presentation is not limited to neurological systems, and manifestations of non-central nervous system (CNS), especially gastrointestinal (GI) symptoms, are common.

Our aim was to gain insight into the systemic dissemination of pathology in archived non-CNS tissues taken as part of the daily clinical practice of people with ALS. We examined tissue from 13 people who developed ALS; including sporadic ALS (n = 12) and C9orf72 hexanucleotide repeat extension (n = 1).

The tissue cohort consisted of 68 formalin-fixed paraffin-embedded samples from 21 surgical cases (some patients had more than one case during their lifetime), from 8 organ systems, which we examined for evidence of phosphorylated TDP-43 (pTDP-43) pathology.

We identified pTDP-43 aggregates in multiple cell types of the gastrointestinal tract, including macrophages and dendritic cells in the lamina propria; as well as ganglion/neuronal and glial cells of the myenteric plexus. Aggregates were also noted in lymph node parenchyma, blood vessel endothelial cells and chondrocytes.

We note that in all cases with non-CNS pTDP-43 pathology, aggregates were present before the diagnosis of ALS and in some cases predated the onset of neurological symptoms by more than 10 years.

These data imply that patients with microscopically unexplained non-CNS symptoms could have occult protein aggregation that could be detected many years prior to neurological involvement.