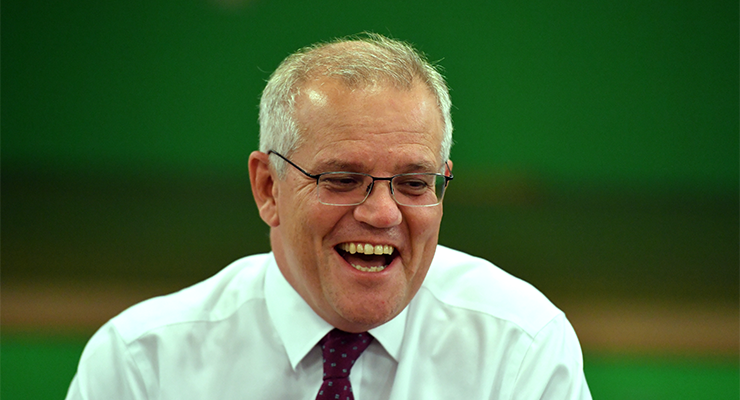 The awe-inspiring biography of the former prime minister by the Worldwide Speakers Group is mind-bogglingly silly — and full of bull.

The Worldwide Speakers Group’s bio for the newest member of its roster, former Prime Minister Scott Morrison, has the same mix of flowery and formal, that same barely mania for its subject matter as a Korean Friendship Association message:

Scott Morrison, Australia’s 30th Prime Minister, is the true definition of a leader with a 360º world view. During his tenure, Morrison faced several problems that required unique and innovative solutions. From managing Australians’ public safety during the pandemic to mitigating an economic crisis, managing natural disasters and leading the country while others were at war, Prime Minister Morrison led Australia with his special kind of calm decisiveness and motivation. Morrison, a mastermind of globalization, lends his limitless influence and experience to audiences around the world.

Morrison’s tenure involved “controlling natural disasters”? He’s a “globalization mastermind”? Did a flock of magpies come to parliament to mourn his election loss?

As far as you can get concrete information from the above paragraph or his more detailed bio, it’s not entirely true. Did he “manage public safety during the pandemic”? Or was that largely handled by the state governments, while Morrison’s front bench undermined them for political reasons? WWSG can’t refer to the failed vaccine rollout in Australia, can it? After all, that wasn’t Morrison’s job.

Get Crikey in your inbox for FREE every weekday morning with the Crikey Worm.

Elsewhere, we’re told Morrison is known for “working aggressively toward a net zero-emissions economy,” what, fuck me dead, where do you start? To be fair, at this point, WWSG might have just read the months-long coverage Morrison received in the mainstream press in 2021, awarding him pledges and “shifts” on climate change that he hadn’t made.