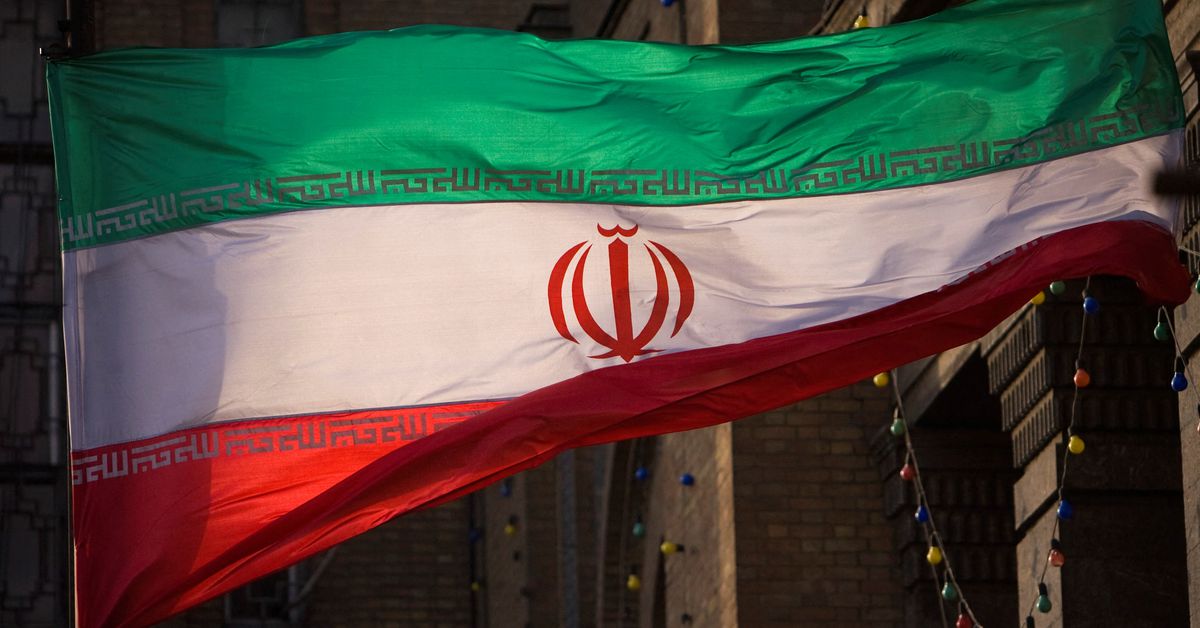 The Iranian flag is depicted in front of the Iranian Ministry of Foreign Affairs building in Tehran, Nov. 23, 2009. REUTERS/Morteza Nikoubazl

It was not disclosed when they were arrested or whether they were still in custody. Britain said the reports were “completely inaccurate”.

“These spies took soil samples in the central desert of Iran, where the Revolutionary Guards’ missile exercises were conducted,” state television said.

Iranian state television reportedly showed images of Giles Whitaker and his family in central Iran, where the British diplomat appeared to be taking soil samples. The TV said it was near an area where a missile test was being conducted by the guards.

“Whitaker was evicted from the city after he apologized to[the authorities],” the TV report said.

However, a spokesman for the British Foreign Office said: “Reports of the arrest of a British diplomat in Iran are completely false.” read more

Samuel Heath, the British spokesperson for the United States, tweeted: “He (Whitaker) isn’t even posted in Iran anymore!”

One of the detainees was identified by state television as the husband of the Austrian cultural attaché in Iran. Austrian officials were not immediately available to comment on the matter.

The TV also showed a photo of a third foreigner, identified as Maciej Walczak, a university professor in Poland, who he said visited Iran as a tourist.

The TV report contained footage of Walczak and three colleagues reportedly collecting earth samples in another area after visiting Iran for a science exchange program. It said their sample collection also coincided with a missile test in Iran’s southern Kerman province.

Rights groups have accused the Islamic Republic of trying to win concessions from other countries through arrests on possible trumped-up security charges. Tehran denies arresting people for political reasons.