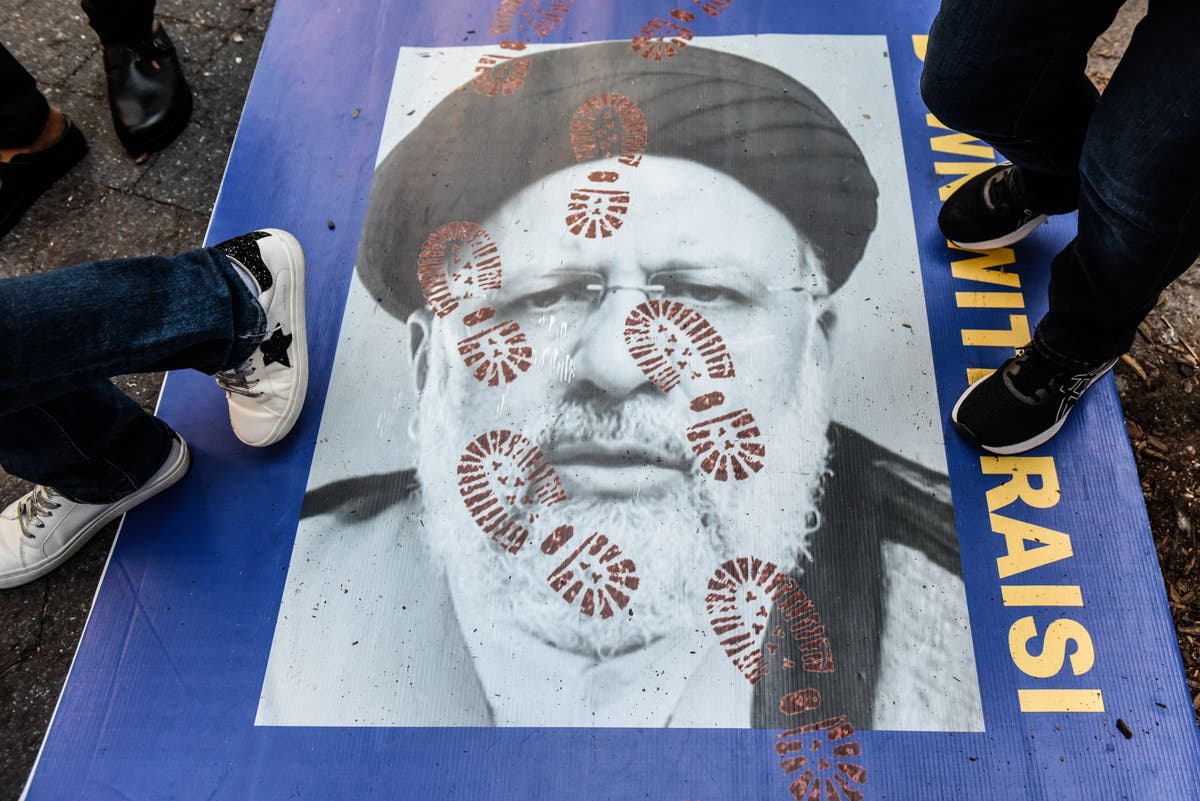 They are some of the most dramatic anti-government protests in the 43-year history of the Iranian Islamic Republic, with unrest in major cities, small towns, across the social spectrum, and from ethnically Kurdish to Persian to Azeri.

Street protests over the past week have resulted in the deaths of at least 26 people, Iranian state television said Friday after a seventh day of street fighting between protesters and police.

But despite protesters’ anger, analysts and diplomats doubt that the outbreak of disorganized and leaderless political unrest could lead to the overthrow of the regime, or even meaningful change within Iran’s rigid, multi-layered systems of coercive control.

“We must set aside all illusions that the Islamic Republic is on the brink of collapse,” said Hamidreza Azizi, an Iran expert at the German Institute for International and Security Affairs, a think tank in Berlin. “The political system has a lot of capacity in terms of means of repression that it has not yet used.

“But for some time now we have been mistakenly focused on the exact political entity that may or may not arise from this or that process.

“For now, the protest itself and the fate of society is more important than the nature of the future political system.”

However, analysts have uncovered several dimensions about the latest wave of political unrest that could shape Iran for years and perhaps alter the calculations of Western leaders who, despite their disgust at the Iranian regime, are trying to restore a nuclear deal with Tehran and possibly use Iran’s vast energy resources to lower global oil and gas prices.

Even skeptics warn that anything can happen in Iran. Some 45 years ago, few thought that street protests over a newspaper article that infuriated seminary students in the sanctuary city of Qom would lead months later to the collapse of the Iranian monarchy and the establishment of a theocratic regime.

This month’s protests were sparked by the death on September 16 of 22-year-old Mahsa Amini, who was detained in Tehran on September 13 by a notorious Islamist-enforced paramilitary unit and fell into a coma while in custody under still unclear circumstances .

Unlike previous protests rooted in specific economic or political grievances, this wave was sparked by a deeply emotional public reaction to the death of Amini, an ethnic Kurd whose family claimed she was physically abused by her captors.

The fiery, violent protests have taken people to the streets across Iran’s gender, political, economic and ethnic divides. They have come together in an unprecedented display of unity and collective anger, targeting the security forces and the symbols of state power, including police stations, paramilitary group headquarters and public propaganda displays.

“This is different from previous protests,” said Mahdi Ghodsi, an Iran specialist at the Vienna Institute of International Economic Studies. “There is no leader for now, but leaders will appear. This is a process that will take more time.”

Iran has been here before.

In 2009, following the disputed re-election of populist hardliner Mahmoud Ahmadinejad as president, hundreds of thousands of Iranians took to the streets to protest, leading to months of political unrest and repression. Since 2018, numerous outbursts of political protest over economic frustrations have shocked Iran.

Both rounds of protests changed the calculations abroad. Officials in Washington under both Presidents Barack Obama and Donald Trump and elsewhere in the West saw them as an opportunity to replace the Islamic regime that took control of Iran after a 1979 revolution.

But neither case led to political change and even preceded attempts by the regime to step up repression and remove moderates from its ranks. The Iranian authorities already seem to be preparing for a crackdown, comparing the protesters to the jihadist group Isis.

“In its conspiracy, the enemy has gathered all its capabilities, mobilized and organized and equipped it with the weapon of force,” the Revolutionary Guards said in a statement on Thursday.

Political scientists have long questioned the ability of protests to bring about change in places like Iran. In recent years, protests in Russia and Hong Kong have encouraged autocratic leaders to step up repression. The proliferation of sophisticated electronic surveillance tools has made it easier for determined autocrats to combat dissent.

In theory, street protests and the ensuing waves of repression could fragment the ruling elite and bring about a political breakthrough. But the Iranian regime has systematically marginalized all would-be reformers from its hierarchy, overwhelmingly empowering the military, security forces and religious hardliners fanatically loyal to Supreme Leader Ali Khamenei.

The question of the effectiveness of the protests is more than academic. Western policymakers are struggling to decide how much rhetorical or material support to offer protesters.

So far, both the White House and the US State Department have issued relatively strong statements of support. “Today we stand alongside the brave civilians and the brave women of Iran who are now demonstrating to secure their basic rights,” President Joe Biden said during his address to the UN this week.

The British Foreign, Commonwealth and Development Office has issued a laudable press release calling for the regime to exercise “restraint” in its efforts to quell protests. Media outlets in Saudi Arabia and Israel, which are hostile to Iran, have stepped up the protests, while those in friendlier Iraq and Qatar have toned them down.

In fact, many countries are baffled as to whether they should adjust their Iran policies to accommodate the wave of anti-regime protests.

“We can certainly amplify Iranian voices,” said a Western official. “But how do you take the moment and turn it into real change?”

Amplifying the voices of Iranians could influence regime officials, claw their consciences and lead them to speak out or at least stop the repression machinery, even silently.

“They don’t come to work anymore,” the official said. “They stop arresting people. The machines can’t work and the soldiers stand up. But how does it translate into political change with a new leader and a new system?”

Many wonder what outsiders can do to help the protesters. On Thursday, Iranian authorities appeared to have blocked internet connections in much of the country, limiting protesters’ ability to communicate with each other and with much of the world.

Some proponents have stuck to a proposal by tech billionaire Elon Musk to smuggle Starlink satellite internet consoles into Iran. But such a project would pose great risks to those who transport and hide such devices and would have no effect for weeks.

Mr Ghodsi suggested that the status of Masih Alinejad, an outspoken exiled Iranian journalist and host of a popular Voice of America program that called on Iranian women to take off their headscarves and start a movement.

“Masih Alinejad could be a great leader,” he said. “This movement is indebted to Masih. She is brave. She is charismatic. Never in the world have we seen a woman lead a revolution.”