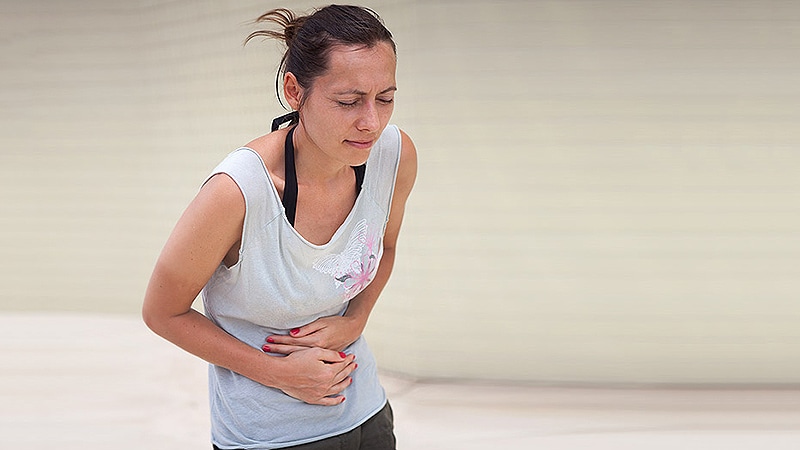 I recently presented a clinical scenario on a patient of mine named Brenda, in Constipation and Cramping: A Slam-Dunk Diagnosis? This 35-year-old woman came to me with complaints that had been going on for a year. I asked readers for comments about my management of Brenda.

I appreciate the comments I have received on this matter. The most common suggestion was to encourage Brenda to exercise, and a systematic review of randomized clinical trials published in 2019 supports this recommendation. This review included nine studies with a total of 680 participants, and the overall effect of exercise was a two-fold improvement in symptoms associated with constipation. Walking was the most common exercise intervention, and along with Qigong (which combines posture, breathing, and meditation), these two forms of exercise were effective in improving constipation. However, the only study evaluating resistance training failed to show a significant effect. Importantly, the reviewers felt that the collective study had a high risk of bias.

Exercise will likely help Brenda, although some brainstorming may be needed to help her fit exercise into her busy schedule. Another suggestion focused on her colorectal cancer risk, and Drs Cooke and Boboc both pointedly noted that colorectal cancer is increasingly common in young middle-aged adults. This contrasts with a steady decline in colorectal cancer prevalence among U.S. adults age 65 or older. While colorectal cancer declined by 3.3% annually among U.S. older adults between 2011 and 2016, there was a reversal of this favorable trend in those ages 50 to 64, with rates increasing 1% annually.

So how do we act in this context in Brenda’s case? Her history suggests no overt warning signs of cancer. The history did not address a family history of gastrointestinal symptoms or colorectal cancer, which is a major omission.

While cancer rates may be increasing in individuals under the age of 50, the overall prevalence of colorectal cancer among younger adults is well below 1%. At age 35, there is no need to evaluate Brenda for colorectal cancer. However, persistent or worsening symptoms may prompt a referral for colonoscopy at a later date.

Finally, let’s discuss how to practically manage Brenda’s case as there are many options available. I would start with recommendations regarding her lifestyle, including regular exercise, adequate sleep, and anything she can achieve in the low FODMAP diet. I would also recommend psyllium as a soluble fiber and expect these changes to help her constipation. But they may be less effective for stomach cramps, so I’d also recommend peppermint oil at this point.

If Brenda sticks to these recommendations, she will most likely improve. If she doesn’t, I’ll be more concerned about anxiety and depression complicating her illness. Treating those conditions can make a big difference.

In addition, if there is insufficient response to initial therapy, I will start linaclotide or lubiprostone. Plecanatide is another reasonable option. At this point I will also consider referral to a gastroenterologist for an unruly case and will definitely refer if any of these particular treatments on Brenda don’t work. Conditions such as pelvic floor dysfunction can mimic irritable bowel syndrome with constipation and deserve attention.

But I do believe Brenda will feel better. Thanks for all the enlightening and interesting responses. It’s easy to see how we’re all investing in improving patients’ lives.