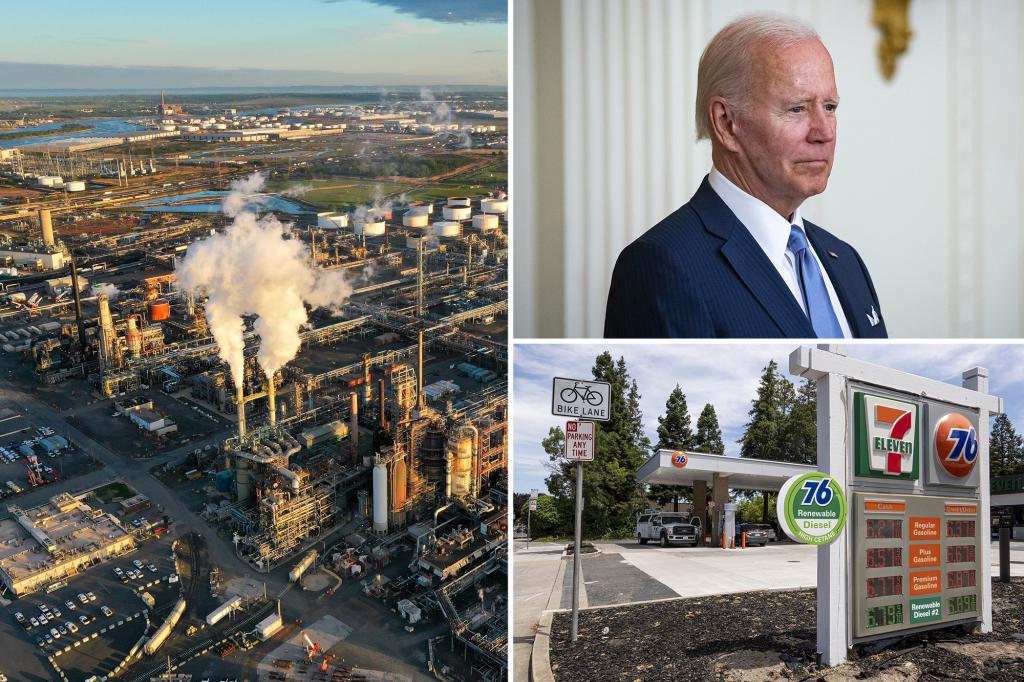 According to a report, the Biden administration exported more than 5 million barrels of oil from its emergency reserves that were released to combat skyrocketing gas prices here at home.

The US shipped the oil, which came from the Strategic Petroleum Reserve (SPR) tapped by the Biden administration in hopes of controlling rising energy prices, to Asia and Europe, Reuters reports.

The release of about 1 million barrels per day from the SPR through October has had minimal effect on the drop in oil prices. At the same time, it has depleted reserves to the lowest level since 1986.

Brent crude futures were slightly higher on Wednesday, rising more than 1.3% to about $104 a barrel, while US West Texas Intermediate rose 0.65% to more than $100 a barrel.

Fears of a recession pushed oil prices down in recent weeks, but Americans still felt the pain at the pump.

The national average price of a gallon of regular unleaded gasoline cost US motorists $4.78 — or 52% higher than the $3.13 drivers paid a year ago.

California motorists pay an average of $6.22 per gallon at the pump — the highest in the nation.

While gas prices in some states have fallen by as much as 15 cents in the past three weeks, AAA warns that the relief is short-lived as Americans prepare for the peak season in July, which is likely to add further pressure. on limited supply.

The Biden administration has defended its decision to pull oil from reserves, saying that this would prevent gas prices from rising any further.

“The SPR remains a critical energy security tool to address global disruptions to crude oil supplies,” a spokesman for the Department of Energy told Reuters, adding that the emergency releases have contributed to a stable supply of crude oil.

Trieste is where oil is loaded into a pipeline that transports it to destinations in Central Europe. The European Union is seeking to replace energy resources lost as a result of the Russian invasion of Ukraine.

Loads of SPR crude were also on their way to the Netherlands and to a Reliance refinery in India, an industry source said. A third shipment went to China, another source said.

At least one shipment of crude from the West Hackberry SPR site in Louisiana was expected to be exported in July, a shipping source added.

US crude inventories are the lowest since 2004 as refineries are operating close to their peak levels. The US Gulf Coast refineries had a utilization rate of 97.9%, the highest in three and a half years.