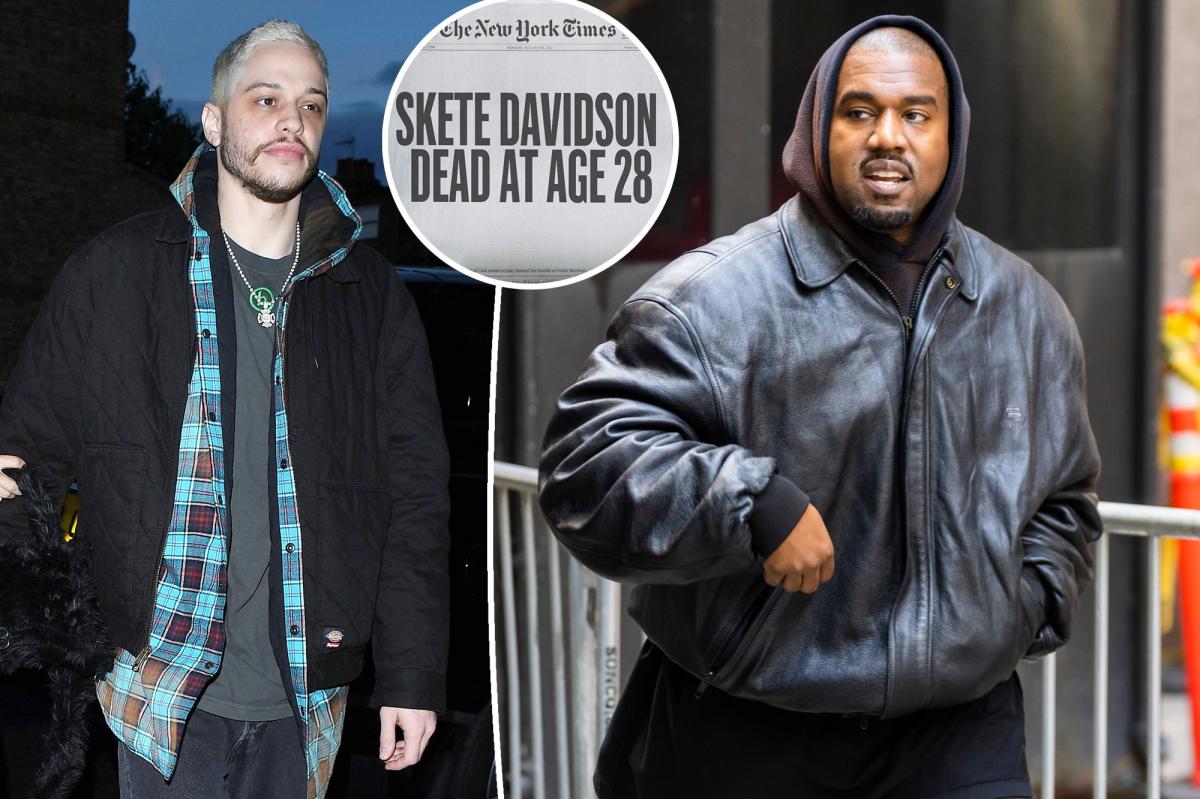 It also targeted West’s other nemesis Kid Cudi with a subheading that read, “Kid Cudi Was Intended To Play Funeral But Was Afraid Of Bottle Throwers,” a joke about the “Pursuit of Happiness” performer walking off stage during last month’s Rolling Loud festival in Miami after fans threw objects at him.

West lets the image do the talking by choosing not to add a caption to it.

Fans will remember the “Flashing Lights” rapper called Davidson “Skete” during his very public but one-sided feud with the comedian.

The paper’s edited cover is also the latest piece of performance art evoking the death of the “King of Staten Island” star, while West buried Davidson alive in his music video for the song “Eazy.”

West, 45, also attacked Davidson, 28, in a second video for the same tune, this time wearing a “Skete” hoodie.

A source close to Kardashian, 41, confirmed to Page Six on Friday that the couple had split up after nine months of dating.

“Kim and Pete have decided to just be friends,” a source close to the reality star shared. “They have a lot of love and respect for each other, but found that the long distance and their demanding schedules made it really difficult to maintain a relationship.”

Another source told us that the duo’s age difference contributed to the decision.

“Pete is 28 and Kim is 41 – they’re just in very different places right now,” the insider said. “Pete is completely spontaneous and impulsive and wants her to fly to New York or wherever he is, but Kim has four kids and it’s not that easy.

“She needs to focus on the kids.”

Kardashian and Davidson began dating during her divorce from West, with whom she shares four children: North (9), Saint (6), Chicago (4) and Psalm (3).