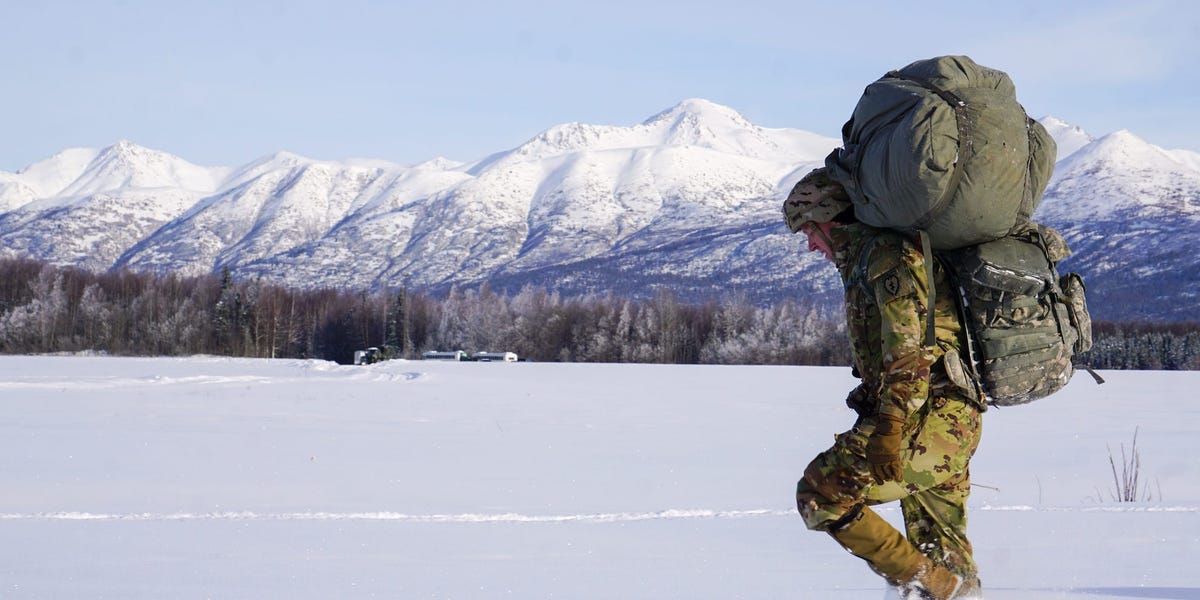 A Russian official this week threatened the US with a freeze on Russian assets, urging them to remember that Alaska was once part of Russia’s territory.

“Always let America remember: there is part of its territory that is Russia – Alaska,” Vyacheslav Volodin, an ally of Putin and speaker of the lower house of the Russian parliament, said according to multiple media outlets on Wednesday.

“When they try to appropriate our assets abroad, they should be aware that we also have something to recover,” Volodin added in comments reported by the Associated Press and Russian publication RBC News.

According to RBC News, Volodin also referred to a suggestion by Pyotr Tolstoy, Deputy Speaker of the State Duma, to hold a referendum on the issue in Alaska.

The US bought the territory of Alaska from the Russian government in 1867. At the time, the US signed a $7.2 million check to pay Alaska, along with a Cession Treaty confirming its acquisition of the territory.

Alaska now commemorates Alaska Day every year on October 18, the day the territory was transferred from Russia to the US. Alaska was admitted to the Union in 1959.

In other aggressive comments Wednesday, Dmitry Medvedev, the deputy secretary of the Russian Security Council, posted a lengthy diatribe on Telegram denouncing “any attempts to establish tribunals or courts” to investigate Russia’s actions in Ukraine.

“It won’t work with Russia, they know it well,” Medvedev wrote. “That’s why the rotten dogs of war bark in such a disgusting way.”

Medvedev warned it would be “absurd” to try to “punish a country with the greatest nuclear potential,” Medvedev also criticized the US for trying to “spread chaos and destruction around the world for the sake of “true democracy”.

“The entire history of the US since the subjugation of the native Indian people represents a series of bloody wars,” wrote Medvedev, referring to other US actions such as the bombing of Hiroshima and Nagasaki during World War II and its involvement in the war. in Vietnam.

“Was someone responsible for those crimes? Which tribunal condemned the sea of ​​blood spilled there by the US?’ asked Medvedev.

Medvedev’s comments weren’t the first time the Russians had threatened Ukraine’s allies with nuclear warfare. In May, a Russian propagandist warned that a nuclear attack could destroy the UK and Ireland.