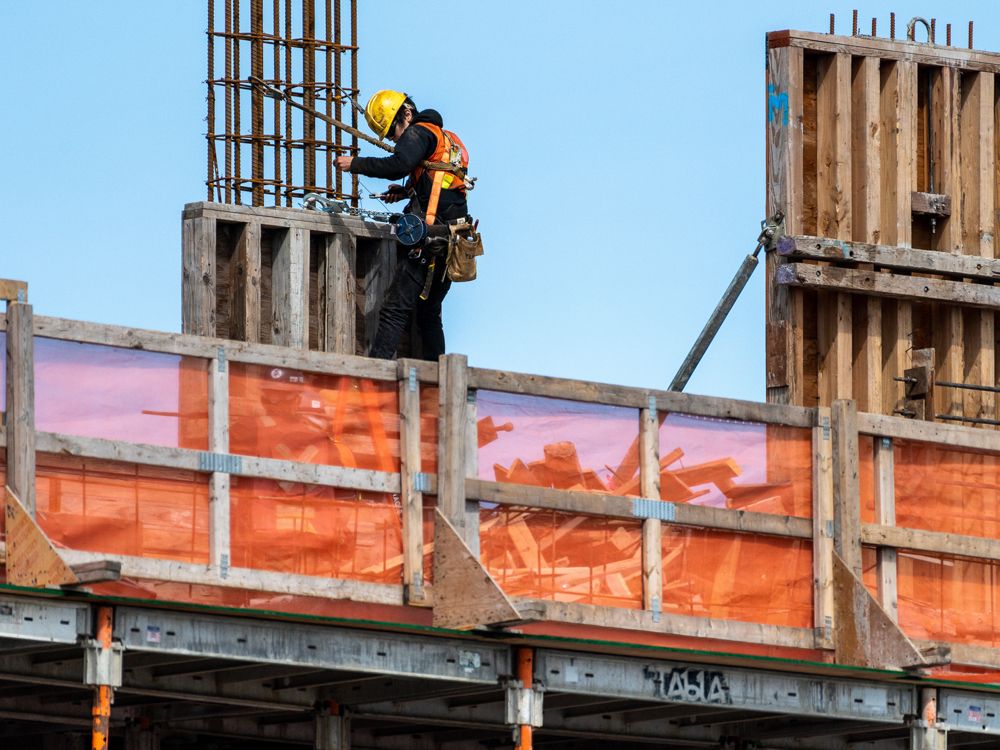 Slow growth in the workforce and ongoing supply chain disruptions are contributing to recruiting challenges for the red-hot construction industry, causing some builders to postpone or even cancel projects as they seek to fill record-high vacancies.

Project delays are not only financially costly to customers and their contractors, but can also have wider disruptive effects, Chris Gower, chief operating officer for the building group of PCL Constructors Inc., said in an interview. Gower said lack of work can affect anyone, from families expecting to move into new homes to hospitals forced to go to work to treat patients.

Gower said PCL, one of Canada’s largest construction companies, has turned down many opportunities “simply because we don’t have the resources to manage it,” something he said he wouldn’t have done two years ago.

“It’s probably one of the toughest job markets we’ve seen in ages,” he said, noting that the Edmonton-based company’s Canadian and US companies are both feeling the impact. “This labor shortage is driving up costs and it also means that we have to make difficult decisions to refuse work.”

According to BuildForce Canada, a national organization representing all sectors of the construction industry, construction continues to be one of the sectors reporting gains in employment, increase in job openings and lower unemployment rates.

The sector report noted that construction investment recovered strongly in 2021 as the economy recovered from the effects of the pandemic, with both the residential and non-residential sectors posting gains.

Ferreira said nearly every province is starting to see an uptick in construction investment activity, but the workforce hasn’t had a chance to bounce back and grow as fast as it needs to, although it’s now close to pre-pandemic levels. exceeded.

We certainly don’t think it will get better anytime soon

“The workers that were available are all being consumed by increasing demand and so you’re seeing falling unemployment rates in the construction industry,” he said, pointing out that the problem is currently rife in almost all occupations — from laborers to carpenters to electricians to plumbers.

In its latest report, Statistics Canada recorded a record number of job openings in the construction sector, with employers actively seeking to fill 81,500 vacancies in the first quarter of the year.

This number is up 7.1 percent, an additional 5,400 job openings, from the previous quarter and more than double what it was before the pandemic hit in the first quarter of 2020.

The agency said the large increase in job openings has been spread across many occupations, including construction workers and labourers, where the number of job openings is up 97 percent, and carpenters, up 149.1 percent.

Overall demand for labor in the sector was reportedly 9.3 percent higher in the first quarter of 2020, as payroll employment has risen 5.5 percent since then.

Meanwhile, Employment and Social Development Canada said demand for construction activities is likely to remain high. Citing BuildForce, it said the industry will need to hire 309,000 new construction workers over the next decade, primarily driven by the projected retirement of 259,100 workers, making up 22 percent of the current workforce.

“You just don’t snap your fingers and come up with twenty more work crews. It’s a slow process to find experienced and skilled workers, even if you go to the immigration pool,” said John DeVries of the Ottawa Construction Association.

For some markets, the growth has brought so much construction and tremendous pressure on the entire industry to try to deliver services within schedule and price expectations, DeVries said.

“People’s expectations that we can have everything built in the same time frame for the same budget is just not realistic because there is way too much demand for construction and we only have so many workers,” he said. “We’re doing our best in the industry to recruit people, but it’s still not enough.”

John Mollenhauer, DeVries’s counterpart in Toronto, said employers are now beginning to recognize the seriousness of the labor shortage.

“There must be training and it must be subsidized because employers cannot afford excessive costs. They are already dealing with price volatility like we’ve never seen before,” said Mollenhauer. “We have ridiculously high inflation. We are having supply chain issues. It’s so overheated that it’s not easy to fix.”

Sign up to receive the daily top stories from the Financial Post, a division of Postmedia Network Inc.

The next issue of Financial Post Top Stories will be in your inbox soon.

There was a problem logging in. try again