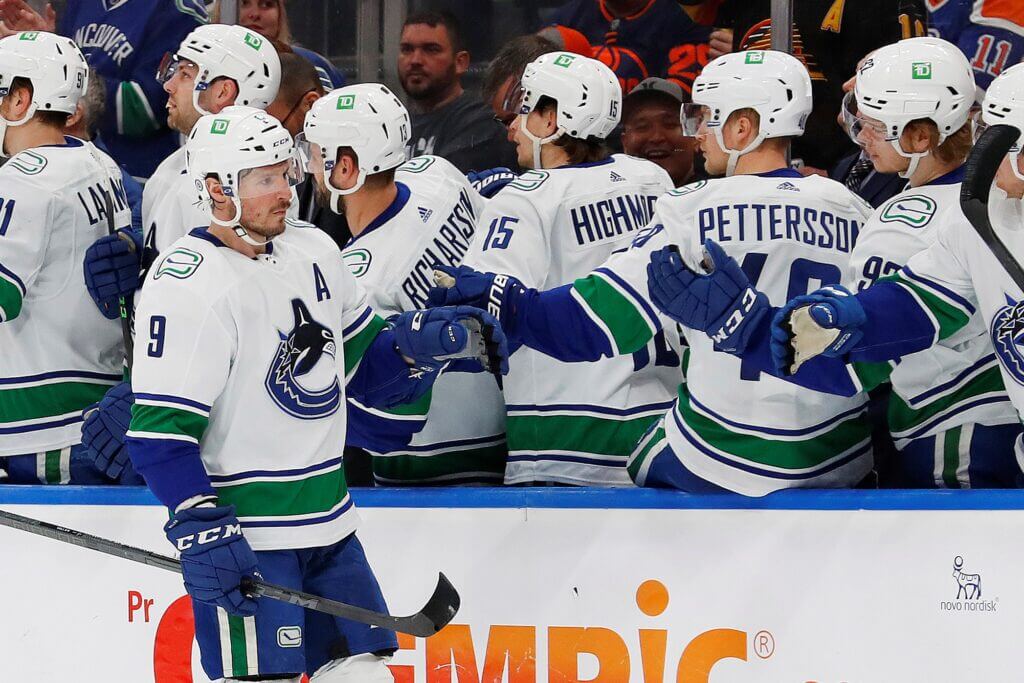 MONTREAL – I was talking to a GM on Wednesday morning when he made this general comment as the first round of the NHL Draft approached.

“There are so many big names out there being driven right now,” said the GM.

And it’s not to say that all those players he referred to will move his week or not at all, but the fact that so many of them are discussed by teams certainly opens up some possibilities.

For example, teams continue to call Vancouver on JT Miller. The Rangers are again among those suitors, according to sources. No surprise, especially if the Rangers can’t re-sign Andrew Copp. But there is a lot of interest in Miller. The Canucks could wait until next year’s trade deadline to move it, but I suspect it could be done this week if a team offers the package the Canucks are asking for.

Teams are cautiously approaching the Flames on Matthew Tkachuk, whose camp led by Newport Sports, I think, will sit back and wait to see how the Johnny Gaudreau UFA situation develops before formalizing a game plan for their RFA client. Sounds logical. You’d like to see how the dust clears and how much chance the Flames have left before making any commitments.

Meanwhile, other clubs are calling to feel the Flames on Tkachuk. It goes without saying that the Flames’ sole intention at this point is to sign Tkachuk for the long haul and keep him in the loop. But if he prefers to make a one-year deal and bring himself to the UFA in a year, Calgary will be in a brutal position.

Sources also shared Wednesday that teams began sending their best trade offers to the Blackhawks on Alex DeBrincat, a potential trade that would most likely require a first-round pick to be included on Thursday. So there’s a pressure point developing on that front.

Kuemper’s agent, Ben Hankinson, met Avalanche GM Joe Sakic here in Montreal on Wednesday. The Stanley Cup champions have expressed a desire to bring Kuemper back. And the feeling is mutual. But does that translate into an expansion that both parties can live with?

If not, and Kuemper hits the market, then the domino effect will be real. So many people in the league see Colorado as the perfect landing spot for Fleury when Kuemper is gone.

The Wild, incidentally, remained interested in bringing Fleury back from Wednesday, so that remains on the table. And as discussed earlier, the Maple Leafs could be another option for Fleury.

Meanwhile, the feeling is that Edmonton and New Jersey will be the top candidates for Campbell when he hits the market next week. I wouldn’t be surprised if Washington also inquired about Campbell.

Finally, Husso’s agent, Todd Diamond, was due to meet with Blues GM Doug Armstrong sometime this week. Hard to imagine the Blues could afford to bring Husso back with Jordan Binnington signed long-term; that would be a lot of dough in the net. The Leafs and Oilers could be one of the options for Husso, depending on how some of the other dominoes fall.

So the whole goalkeeping thing is fun at this time of year as always.

• Flames GM Brad Treliving is expected to meet Johnny Gaudreau’s agent Lewis Gross in the coming days. Calgary needs clarity somehow. That doesn’t mean the Flames will get that clarity. The team’s eight-year offer has now been a month ahead of Gaudreau. But if, for example, they find out this week that he’s not going to sign it, the Flames could at least try to take other steps on the trade front here around the draft to amplify the offense. Although I’m not sure if there is a move that replaces Gaudreau’s impact.

• Add Carolina to the potential candidates for Claude Giroux, along with Edmonton and Ottawa. The Hurricanes have prioritized adding attack if possible this off-season and are likely to lose Vincent Trochek and Nino Niederreiter to free agency. I hear they discussed the possibility of going after Giroux. Meanwhile, Florida continues to try to find a way to get Giroux back. But the Panthers’ cap situation isn’t helping things on that front.

• There were four other finalists for GM’s San Jose job, aside from Mike Grier, who got the nod on Tuesday. Sources say Scott Nichol, Scott Mellanby, Ray Whitney and another mystery candidate were part of the latter group. That mystery candidate told the Sharks his name wasn’t coming out, which is why we haven’t heard. I think Mellanby will find a gig with another NHL front office soon, from what I hear. The Sharks’ GM search process was fascinating and exhausting, starting with about 50 names, then interviewing 13 candidates before getting to the final five. It tells of Grier’s reputation how many people I heard, from all over the NHL, were enthusiastic about his appointment. He really liked it. Yes, the obvious knock is his lack of experience, but I was reminded that years and years ago the Sharks handed over the GM job to Doug Wilson, who also didn’t have much front office experience at the time. That worked out pretty well.