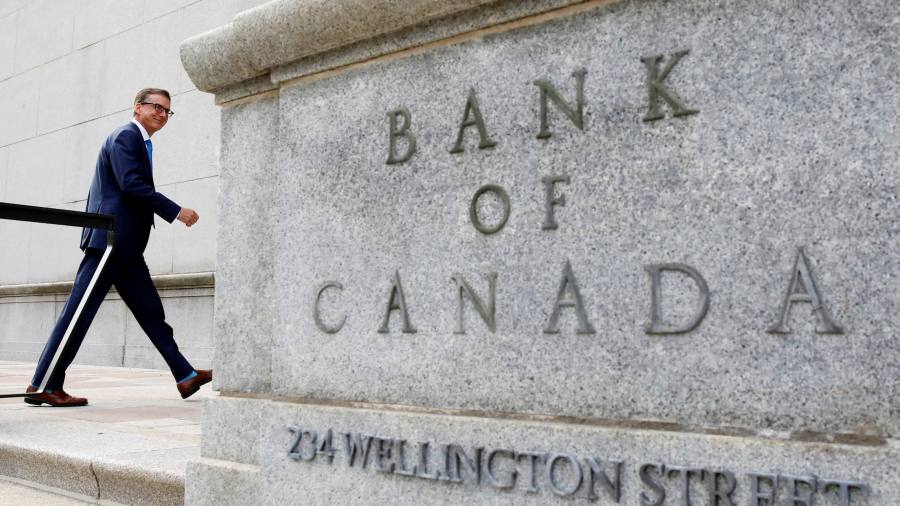 According to a survey by the country’s central bank, Canadian companies reported a significantly worsening outlook as they reported the biggest drop in sentiment since the start of the Covid-19 pandemic.

The Bank of Canada’s business outlook indicator fell to 1.69 in the third quarter from 4.87 in the previous quarter, reflecting expectations of slower revenue growth as interest rates rise and demand growth shifts back to pre- pandemic levels.

Most businesses and consumers indicated that they think Canada is likely to enter a recession in the coming year.

Rising interest rates have led companies with sales related to housing activity and household consumption to anticipate weaker revenue growth. Other companies forecast healthy revenue growth, but at a slower pace than earlier points in the economic recovery from the pandemic.

“Early signs indicate that pressure on prices and wages has eased, but corporate inflation expectations remain high,” the BoC said.

A separate survey released Monday found that consumers believed the condition of the Canadian economy was deteriorating and that inflation — a figure they are paying more attention to — would remain high.

In the third quarter, consumers expected inflation to reach 7.11 percent over the next 12 months, the highest since the end of 2014, up from 5.11 percent in the second quarter.

In its next decision on October 26, the central bank is generally expected to raise interest rates by at least 0.5 percentage point.