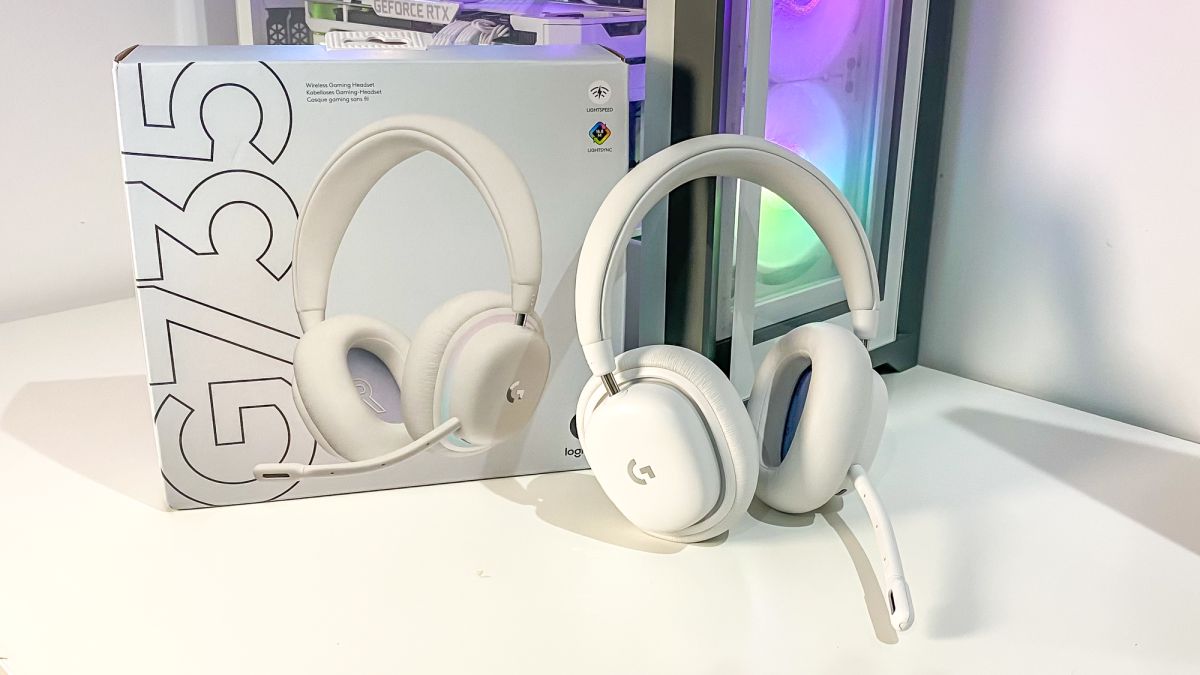 The Logitech G735 is available to pre-order now for $229 in the US, £189 in the UK and AU$TK in Australia, with shipping expected sometime in August 2022. Price-wise, it’s definitely on the pricier side of the market , especially considering that gaming headsets with similar specs like the Razer Barracuda are available for less.

Despite how expensive it is, the Logitech G735 is well designed, specifically aimed at gamers with small heads. And similar to other products in the Aurora collection, namely the Logitech G715 keyboard, it has an attractive ice-white exterior on top of the range of ear cushions and microphone arms customization (although the latter comes at an additional cost).

In terms of sound performance, the Logitech G735 performs admirably in-game or even when consuming content on one of the best streaming services. Its Dolby Atmos and Windows Sonic Spatial Sound support also makes it a perfectly viable headset for competitive gaming – while disappointingly, this level of support doesn’t extend to THX Spatial Audio.

Like the Logitech G715 keyboard, the G735 wireless gaming headset was released alongside a host of colorful accessories that can be purchased separately. Each accessory costs an additional $19 (£18, AU$39), and includes a set of ear pads and microphone boom in Pink Dawn or Green Flash colours.

There’s no getting around it: the Logitech G735 is an expensive headset. By comparison, you can save money instead by opting for the baseline Razer Barracuda headset, which packs similar — if not identical — specs in terms of frequency response, battery life, and even weight. And for just $20 more, you can even upgrade to the Razer Barracuda Pro to get its premium comfort, design and sound performance.

As intended with Logitech’s Aurora Collection, the Logitech G735 offers the ability to customize your headset and add a pop of color whenever you want. The downside is that to do this you have to pay more for each of the two sets of ear pads and microphone arms.

The biggest strength of the Logitech G735 is how comfortable it is to wear for extended periods of time. The gaming headset is specially designed for gamers with small heads, as well as those who would wear the headset with glasses and earrings. And when combined with the cozy memory foam ear cushions and padded headband, you’ll often forget you’re even wearing them.

In addition to the all-white exterior, the Logitech G735 Wireless Gaming Headset features Lightsync RGB lighting on each side of the device, which can be easily configured via the Logitech G Hub software using various immersive presets.

The Logitech G735 can easily connect to Windows, Mac and mobile devices via Bluetooth, allowing you to switch back and forth between two paired devices. For lower latency, gamers can also opt for the included 2.4Ghz Logi Bolt USB Type-A receiver instead, as well as an analog 3.5mm audio jack. You can charge the device using the USB Type-C charger that is included in the box.

The Logitech G735’s battery life can only be described as average, with 16 hours with RGB lighting turned on. But if you like simplicity and minimalism, you can disable the headset’s RGB system to extend battery life up to 56 hours.

At this price, you can expect the G735 to include THX Spatial Audio, but no dice in this case. However, it offers 40mm drivers and Dolby Atmos compatibility to deliver solid sound performance in competitive games where directional sound plays a vital role, including Rainbow Six Siege and Valorant.

Overall, this G735 has a solid sound quality that gamers and music lovers alike can appreciate. The device has a standard frequency range of 20 Hz-20 KHz, so while you shouldn’t expect top quality from this headset, it’s more than capable of handling anything. Personally, I was happy to use the G735 both as a gaming headset and as a headset to play music on Spotify while I was working.

The Logitech G735 also doesn’t disappoint with its removable microphone. The cardioid pickup pattern helps the device focus on transmitting your voice while minimizing unwanted sounds like keyboard clicks and loud computer fans. You can also navigate the Logitech G Hub to take advantage of the Blue VO!CE microphone settings to amplify your audio and make your voice clearer for all your Discord friends.

Should I Buy the Logitech G735 Wireless Gaming Headset?

How do we test?

We pride ourselves on our independence and our rigorous review-testing process, paying long-term attention to the products we review and making sure our reviews are updated and maintained – regardless of when a device is released, if you can still buy it, it’s on our radar.

Read more about how we test