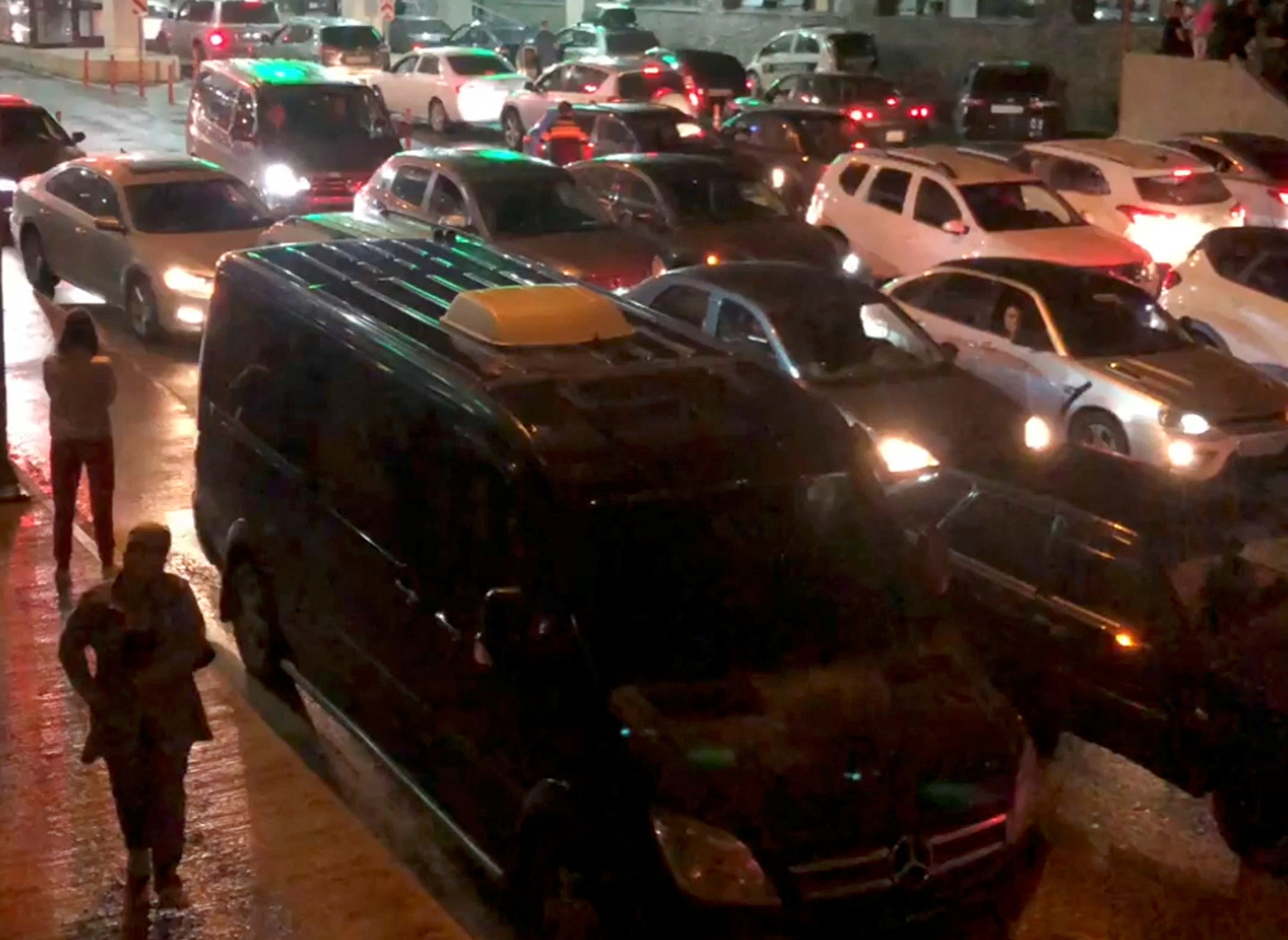 There were queues at border crossings to Kazakhstan, Georgia and Mongolia. A video shows dozens of vehicles queuing Wednesday night at the Zemo Larsi/Verkhny Lars checkpoint on the Georgia-Russia border. That line appears to have lengthened on Thursday. A video showed a long line stretching into the mountains beyond the crossing, with one man noting that it was three to four miles long.

Another posted Thursday showed long lines at the crossing from Khaykhta to Mongolia.

A man spoke about video recorded at the Troitsk crossing into Kazakhstan, where dozens of cars lined up on Thursday morning. “This is Troitsk, rows of trucks and passenger cars … you can’t see the beginning or the end of this row … everyone, everyone is fleeing Russia, all kinds.”

A senior Kazakh official, Maulen Ashimbaev, had said Kazakhstan could not restrict Russian citizens’ access to the country, Russia’s state news agency RIA Novosti reported earlier Thursday. But Ashimbaev, the upper house speaker of the Kazakh parliament, said that in order to get a residence permit, applicants must have a set of documents that comply with the law.

In the absence of official data, it is difficult to compare the current traffic flow with the average.

Flights from Russia to countries that do not require a visa remain very crowded and often sold out. A search of the Aviasales website showed that there were no seats available on one-way flights Moscow-Istanbul until Sunday, with the lowest price close to $2,900.

Kremlin spokesman Dmitry Peskov on Thursday dismissed reports of airports full of people trying to leave Russia after the announcement, calling it “exaggeration” and “fake news.”