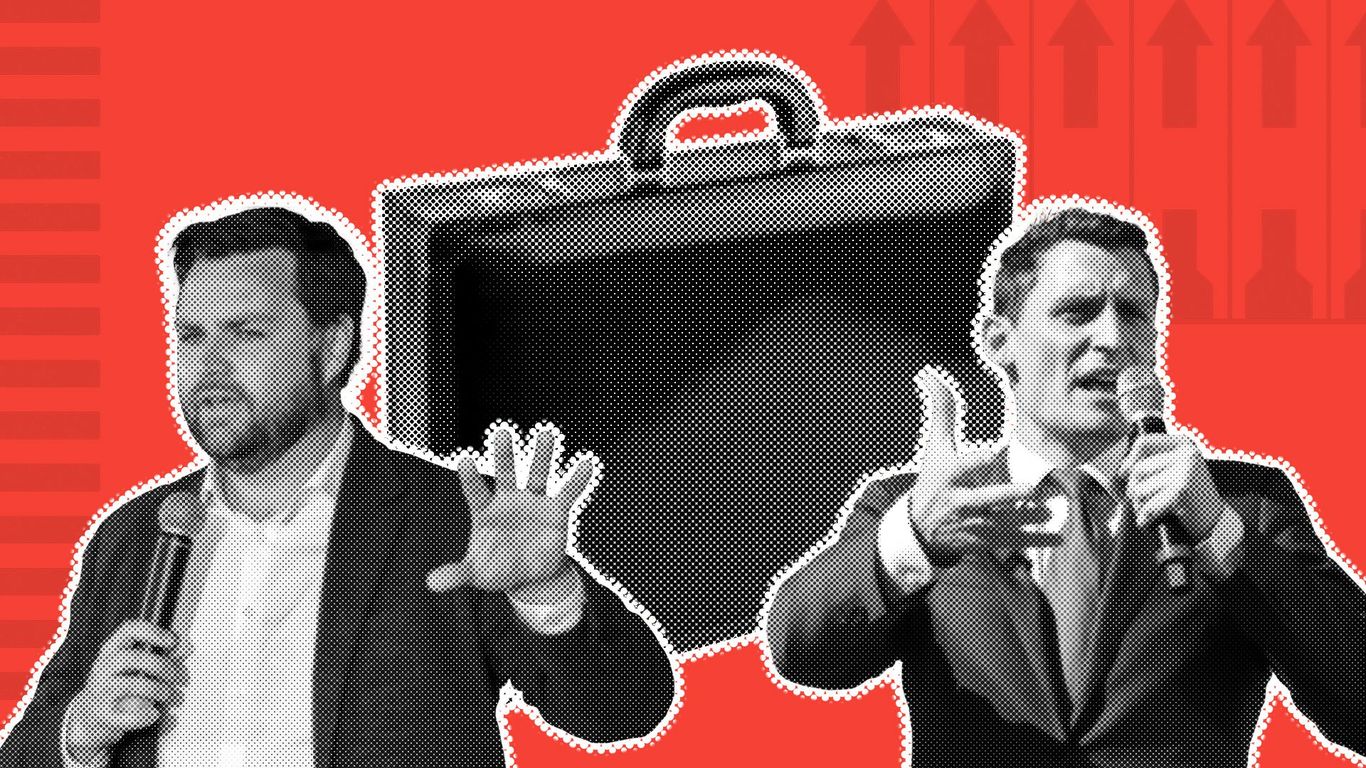 Venture capitalists Blake Masters and JD Vance are Republicans running for the U.S. Senate, but many voters in Arizona and Ohio may not be aware of their corporate background.

Why it matters: This is different from conventional campaign strategies for political newcomers who have spent most of their careers in the private sector. If successful, it could represent a new normal.

What to know: Neither Masters nor Vance have hidden from their venture capital past, as each of their campaign websites features resume excerpts. But the candidates have not talked much about that past in public appearances either.

In Arizona: In a televised debate last week, neither Blake Masters nor his Democratic opponent (incumbent Senator Mark Kelly) mentioned Masters’ short time as an entrepreneur, nor his subsequent eight years at Thiel Capital.

In Ohio: Vance’s opponent, Representative Tim Ryan, has tried harder than Kelly to make venture capital a problem, including through an ad about “San Francisco vulture capitalist” that he was asked about during a debate last week.

Neither Masters nor Vance responded to Axios’ request for comment on this story.

It comes down to: Venture capital will not be in the mood next month, even though there are two venture capitalists.

Editor’s Note: This article has been corrected to reflect that Mitt Romney faced Newt Gingrich and Barack Obama in 2012, not 2016.