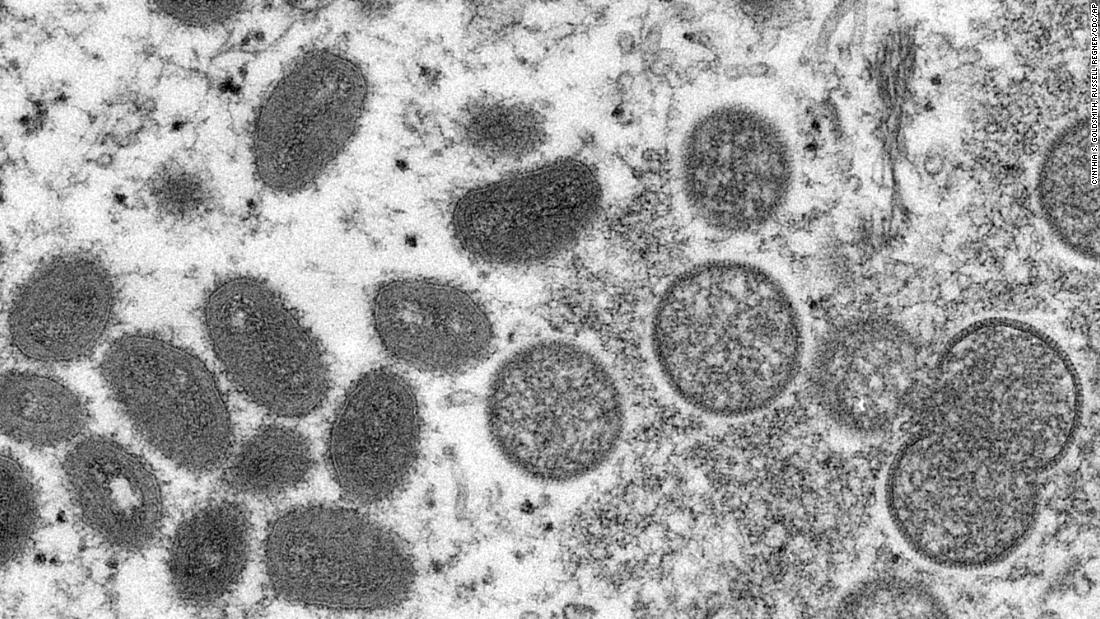 At the end of June, the WHO emergency committee determined that the outbreak did not meet the criteria for such a declaration.

But as the virus continues to spread, WHO Director-General Tedros Adhanom Ghebreyesus wants the commission re-examined, based on the latest data on the epidemiology and evolution of the outbreak.

Tedros said on Wednesday that he will convene the committee the week of July 18, or sooner if necessary.

“As far as monkey pox is concerned, I remain concerned about the magnitude and spread of the virus. There are now more than 6,000 cases registered in 58 countries worldwide.” tedros said:†

“Testing remains a challenge and it is very likely that a significant number of cases will not be picked up,” he added. “Europe is the current epicenter of the outbreak, registering more than 80% of cases worldwide.”

Monkeypox, a viral disease, is mainly found in Central and West Africa where the virus is endemic, but as part of the latest outbreak, the virus has spread to many regions of the world where it is not normally seen.

Cases are also being reported in African countries previously unaffected by the virus, and record numbers are being recorded in those places where the virus is endemic, Tedros said Wednesday. WHO teams are closely monitoring the data, he said.

The WHO is working with countries and vaccine manufacturers to coordinate the sharing of monkeypox vaccines, which are in short supply. The organization is also working with groups to break the stigma surrounding the virus and spread information to help protect people.

“I especially want to commend those who share online videos through social media channels and talk about their symptoms and experiences with monkeypox,” he said† “This is a positive way to break the stigma about a virus that can affect anyone.”

Early data on the outbreak has suggested that gay and bisexual men and other men who have sex with men make up a high number of reported cases, raising concerns about stigmatizing the disease and the LGBTQ community.

However, anyone who has been in close contact with someone who has the virus is at risk.

The monkeypox virus can spread from person to person through direct contact with infectious bodily fluids or with the rashes, scabs, and sores that the disease can cause. Spread can also occur through indirect contact, such as through clothing or bedding that is contaminated with the virus.

It can also spread through respiratory secretions during prolonged face-to-face contact or during intimate physical contact, such as kissing, hugging, or sex.

Symptoms of monkey pox may include fever, headache, muscle aches, swollen lymph nodes, chills, exhaustion, and a rash on the skin that may look like pimples or blisters.

The rash goes through several stages and develops into pustules before healing.

Approximately 41,500 courses of vaccines distributed in the US

According to data released Wednesday by the United States Department of Health and Human Services, approximately 41,500 courses of the monkeypox vaccine Jynneos have been distributed to states and other jurisdictions in the United States.

The Biden administration announced last week that its monkeypox vaccine distribution strategy would focus on areas with the highest incidence of disease and the highest overall risk. The District of Columbia has by far the most reported cases per capita and has received the most vaccine doses per capita, the new HHS data shows.

Massachusetts, Hawaii and Colorado have also received a large share of the vaccine distribution to date.

Eleven states have not received a monkeypox vaccine, according to the data; none of them reported cases to the CDC.

American monkeypox tests on the rise

Efforts are also underway to ramp up testing for the virus in the US.

Commercial lab company Labcorp will begin monkey pox testing Wednesday at its largest facility in the United States, doubling the country’s capacity to test for the virus, according to the U.S. Centers for Disease Control and Prevention.

The CDC announced Wednesday that Labcorp can accept samples from anywhere in the United States for testing, and the company expects to conduct up to 10,000 tests per week.
The outbreak led to 605 probable or confirmed cases in the US on Wednesday night. Cases have been reported in 34 states, the District of Columbia and Puerto Rico. Three of the cases were non-US residents.

“The ability of commercial labs to test for monkeypox is an important pillar in our comprehensive strategy to fight this disease,” said CDC Director Dr. Rochelle Walensky Wednesday. “This will not only increase testing capacity, but will make it easier for healthcare providers and patients to access testing by leveraging existing provider-to-lab relationships.”

If someone thinks they may have a monkeypox infection, a provider should order a test. “The public will not be able to go to a Labcorp lab and submit a copy,” the CDC said in its statement.

The CDC’s Laboratory Response Network has conducted most of the monkeypox-specific testing in the U.S., but on June 22, the U.S. Department of Health and Human Services announced that monkeypox testing would be expanded to five commercial labs: Aegis Science, Labcorp. , Mayo Clinic Laboratories, Quest Diagnostics and Sonic Healthcare.

The CDC confirmed on Wednesday that it had sent tests to the labs and that their employees have been trained in how to administer the tests. “CDC expects additional commercial labs to come online and monkeypox testing capacity to continue to increase throughout July.”

CNN’s Deidre McPhillips and Naomi Thomas contributed to this report.