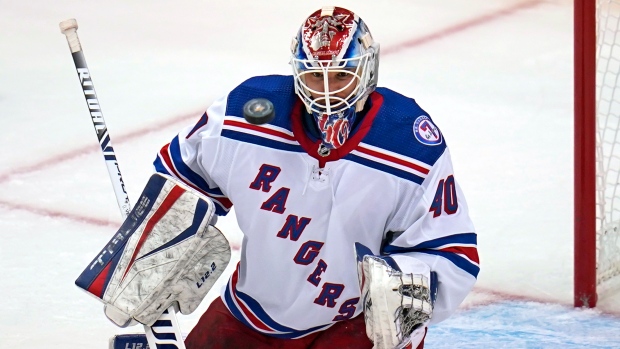 The New York Rangers have traded the goalkeeper Alexander Georgievi to the Colorado Avalanche in exchange for three draft picks.

The 26-year-old Georgiev recorded a save percentage of 0.898 and 2.92 goals against the average in 33 games last season. As a restricted free agent, he is out of a $4.85 million two-year contract with an average annual value of $2.4 million.

Kuemper to the market

The trade has ushered in the end of the pending unrestricted free agent Darcy Kuemper‘s time in Colorado, just weeks after the team won a Stanley Cup title.

TSN Hockey Insider Darren Dreger reports that the Avalanche did not have the cap space to keep Kuemper and chose to take over Georgiev. The team also has Pavel Francouz under contract for the next two seasons with a $2 million cap hit.

Dreger adds that Kuemper hopes to land a contract similar to that of the former Avalanche goalkeeper. Phillip Grubauersigned with the Seattle Kraken in free agency last year – which carried a cap hit of $5.9 million.

Teams responding to Kuemper’s availability. The belief is that he hopes to get a free agent contract similar to Grubauer’s 6-year deal with Seattle. $5.9 million avg.

Kuemper was acquired by the Avalanche from the Arizona Coyotes last summer.

He is coming off a $9 million two-year contract signed with the Coyotes in 2019.