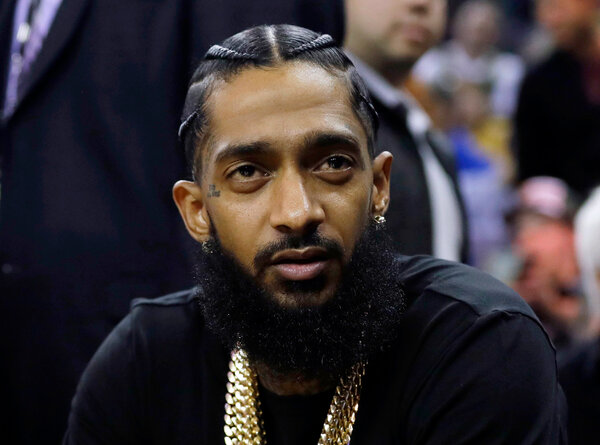 A proficient rapper with underground credentials and an A-list network of supporters, Nipsey Hussle had spent more than 15 years in his music career when he released his real commercial debut album in 2018 – the year before he was killed.

Before that 2018 album, “Victory Lap,” which was nominated for best rap album at the 2019 Grammy Awards, Hussle had built a career richer in industry respect and goodwill than hit records, but he had collaborated extensively. in more than a dozen mixtapes featuring established artists such as Snoop Dogg, Drake and Rick Ross. Hussle was known for his independent business ethos and new marketing ideas, such as the $100 limited-edition mixtape “Crenshaw,” which partnered with Jay-Z’s Roc Nation management company toward the end of his life when he saw a step into the mainstream.

Hussle, a self-proclaimed member of the Rollin’ 60s Crips, had also made a name for himself as a community ambassador and entrepreneur in his South Los Angeles neighborhood. While trying to stem gang violence in the area, he preached Black empowerment through corporate ownership and reinvested his earnings as a musician in the place where he grew up.

With a group of backers, Hussle had bought the strip mall on the corner of Crenshaw Boulevard and Slauson Avenue that housed his clothing store Marathon, while also helping open a nearby co-working space dedicated to increasing diversity in science. , technology, engineering and mathematics.

At the same time, even as Hussle was hailed after his death as an inspirational neighborhood fixture and a potential peacemaker, his properties were the subject of a lengthy investigation by the Los Angeles Police Department and the city attorney, who considered the area a Rollin ’60s gang stronghold.