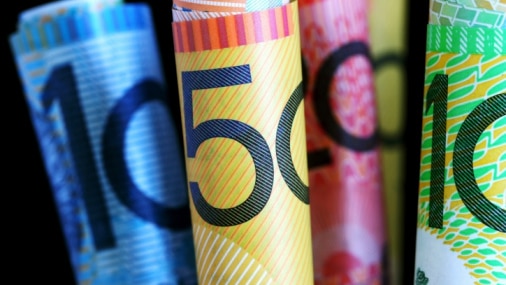 Renewed concerns about a global recession have led to sharp declines in the Australian dollar, commodity prices and global markets.

Oil prices were hit hardest, dropping about 9 percent overnight, on fears that an economic downturn and the prospect of more lockdowns in China will hurt demand.

The Australian stock market ended the day moderately lower, with the ASX 200 dropping 0.5 percent to 6,595 points.

The contract for the first month of August on the Singapore Exchange fell 4.2 percent to USD 107.75 per tonne.

“As we have said repeatedly, stricter COVID measures could return to China,” economists at ING said in a note.

“And there are more positive COVID tests in Shanghai again.

“But even if there are more lockdowns, we expect them to be much more localized than those in March to May as the government tries to strike a balance between controlling COVID and growing the economy.”

One reason for the sharp drop in metal prices is the US dollar, which hit a 20-year high.

Since commodities are priced in US dollars, a stronger dollar makes gold, copper and oil more expensive to buy.

At an overnight low, the Australian dollar fell to 67.62 cents, its weakest level in more than two years.

“Our commodities strategists predict that key Australian commodity prices could fall by about 40 percent by the end of 2023,” said Commonwealth Bank currency strategist Carol Kong.

“The prospect of lower commodity prices amid a slowing global economy and rising interest rates is a key reason why we are one of the most bearish forecasters for the Australian dollar.

“We predict that the Australian dollar could fall to 65 cents by the end of the year compared to the consensus estimate of 72 cents.”

Meanwhile, the euro plunged to its weakest level against the US dollar in nearly 20 years, amid mounting concerns about a European energy crisis and recession.

The euro-zone currency fell nearly 1.8 percent against the dollar overnight to $1.02, the weakest since December 2002.

“There’s no investment case for being here and now in the euro at this point,” said Chris Weston, head of research at brokerage firm Pepperstone.

He pointed to a 100 percent rise in European gas prices in the past 16 days, which he said had left the European Central Bank with a brutal juggling act.

“You have high inflation that they need to raise rates to, but now you have a trade deficit in Germany and declining growth.

Meanwhile, the US dollar index, which measures the US currency against a group of major currencies, has risen 1.4 percent, after reaching its highest level since December 2002.

The US dollar is seen as a safe haven in times of acute economic uncertainty.

“Demand for the safety of dollar-based assets is increasing as expectations for economic activity are significantly lower,” said Shawn Cruz, chief trading strategist at TD Ameritrade in Chicago.

“If people worry that there will be a delay and their money will be put in the safest place and cut unnecessary spending, it can become a self-fulfilling prophecy.”

Global sale on the market

In Asia-Pacific, equity markets in South Korea, Japan, Hong Kong and Shanghai fell between 1.2 and 2.4 percent. New Zealand, however, went against the trend with a 1.6% jump.

The Euro STOXX 600 across the continent had its worst session in more than two weeks, as markets in Germany, Britain and France fell 2.7 to 2.9 percent.

Wall Street suffered heavy losses earlier in the session. But it was able to recover at the closing bell, thanks to a rebound in technology stocks.

The Dow Jones index ended 0.4 percent lower at 30,968, still a big improvement from its 1.8 percent drop at its lowest point.

Both benchmarks registered their largest daily percentage drop since March 9, hitting the stock prices of major oil and gas companies.

“We’re being skimmed and the only way you can explain that is the fear of a recession,” said Robert Yawger, Mizuho’s director of energy futures.

“You feel the pressure.”

Meanwhile, massive COVID-19 testing in China has fueled fears about possible lockdowns that threaten to deepen cuts in oil consumption.

Shanghai said it would begin new rounds of mass testing of its 25 million residents over a three-day period, citing an effort to detect infections linked to an outbreak at a karaoke bar.