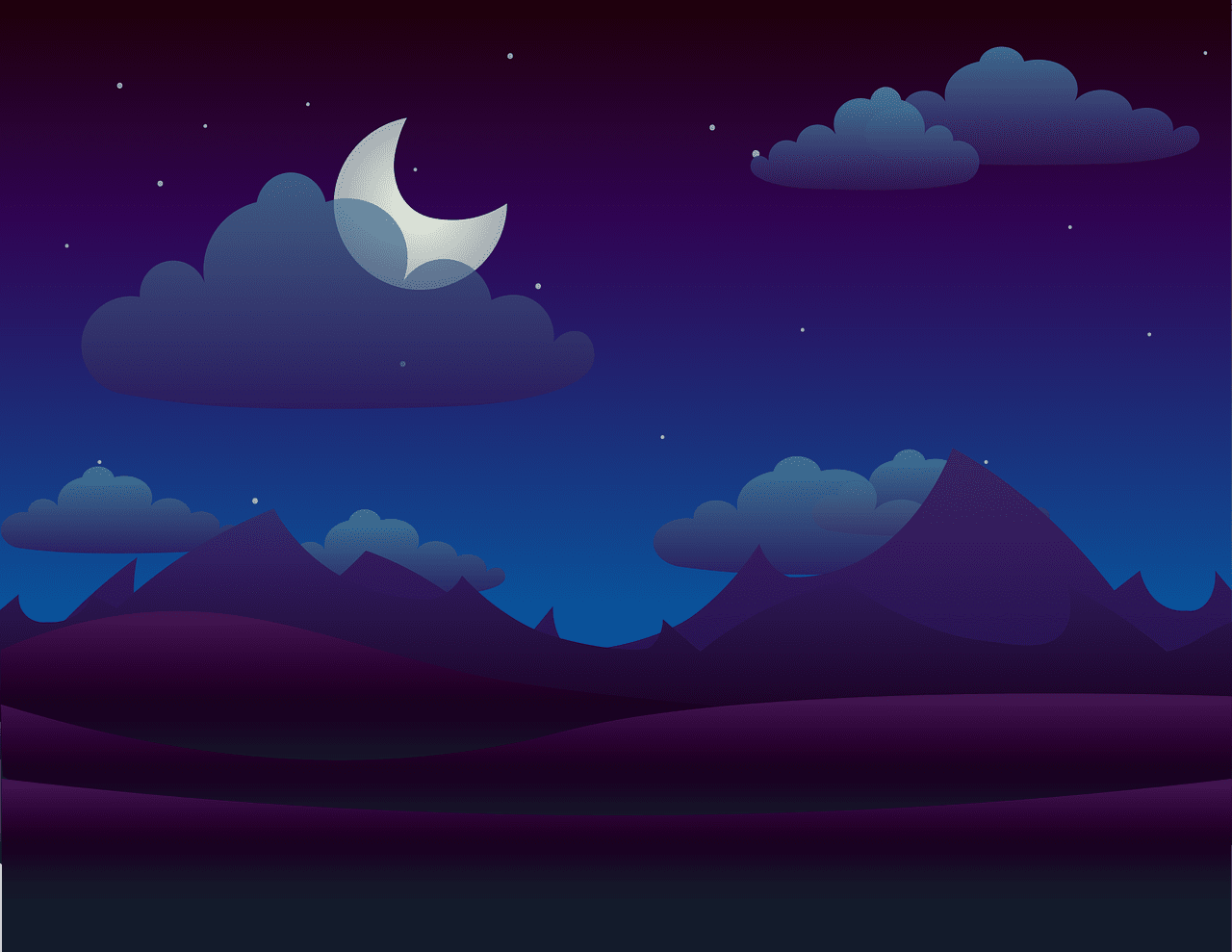 Not only the outside world is shrouded in darkness at night. Scientists find that our minds are more prone to negative thinking at night than during the day, and this can have significant effects on our mental health. In a new study, researchers have presented this effect under the ominous name “Mind After Midnight” to raise awareness and call for more research into the physiological and psychological processes that begin to take over our brains late into the night.

The human brain thrives on light

Unlike rats and owls, humans are not nocturnal animals. We evolved to be active during the day or day, and this is easily proven by studying the circadian rhythm — the 24-hour cycle that determines wakefulness and sleep — which, in humans, clearly focuses on sleeping in the dark. The brain can tell when it is nighttime based on the amount of light it detects through the eyes over time.

After dark, the brain floods the body with hormones that lower blood pressure, stress, body temperature, and other things that generally make us sleepy and prepare us for sleep. On the other hand, the morning sun flips chemical switches that make us more alert and awake.

When this natural rhythm is disrupted, such as by staying up late at night, a host of harmful effects can occur, including sleep disturbances. Over time, it can make it difficult to fall asleep and constantly fatigue you throughout the day, as well as memory, mood, physical health and overall function.

But while most research has focused on examining what a poor night’s sleep does to us the next day, not much attention has been paid to what actually happens in those cases where we are wide awake in the middle of the night.

“The basic idea is that from a global, high-level evolutionary standpoint, your internal biological circadian clock is tuned to processes that promote sleep, not wakefulness, after midnight,” said Elizabeth Klerman, MD, PhD, a researcher in the Department of Neurology. at Massachusetts General Hospital, professor of neurology at Harvard Medical School and the paper’s senior author.

“There are millions of people who are awake in the middle of the night, and there’s pretty good evidence that their brains don’t function as well as they do during the day,” she added. “My plea is for more research to look at that, as their health and safety, as well as that of others, is being compromised.”

Klerman and colleagues reviewed a number of studies and publicly available statistics showing how staying active in the dark can affect our brain systems and, in turn, our behavior. The evidence they’ve gathered so far suggests that staying up late at night makes us more biased towards negative emotions and more prone to taking risks that could compromise our physical integrity.

Suicides, for example, are much more common at night than during the day. Murders and other violent crimes are most common at night, as are the use of illegal drugs, as well as unhealthy eating habits such as snacking on carbohydrate-rich foods in the middle of the night.

It seems that a lot of unhealthy choices come out at night to haunt us. This observation prompted Klerman and colleagues to propose a new hypothesis called the “Mind After Midnight,” which states that there may be a biological basis for all of these reported nocturnal negative effects.

The idea is that things like attentional bias, negative affect, altered reward processing, and prefrontal disinhibition interact to promote behavioral disorders and even psychiatric disorders. The researchers cite studies showing how circadian rhythm affects neural activity over the course of 24 hours, and thus our moods and the way we interact with the world. For example, research shows that positive affect, that is, the tendency to see information in a positive light, is highest in the morning, while negative affect is highest in the evening.

Research also shows that the human brain produces more dopamine at night, an important neurotransmitter that plays a role in many important bodily functions, including movement, memory and pleasurable reward and motivation. This influx of dopamine can hijack the reward and motivation system in the brain, making us more prone to risky and impulsive behavior, whether it’s snacking on a huge bucket of ice at noon or shooting heroin at night after we’ve resisted. to the craving during the day.

Most everyone has probably experienced the nighttime blues at least at some point in their lives, a weird dark hour when your world view gets narrower and more negative. The world is suddenly much smaller than it really is and it just sucks. Klerman himself is no exception.

“While part of my brain knew I would eventually fall asleep, laying there and watching the clock, tick, tick, tick — I was beside myself,” she recalls.

“Then I thought, ‘What if I was a drug addict? I’d be on drugs right now.’ I later realized that this can also be relevant when it comes to suicidal tendencies, substance abuse or other impulse disorders, gambling or other addictive behaviors, how can I prove that?”

For now, the Mind After Midnight is just an unvalidated hypothesis, but a worrying one that deserves further attention. Ironically, however, in order to investigate it, there would have to be some researchers who would have to work past midnight to supervise test subjects. Examples include making fMRI images of the brains of volunteers with disrupted sleep cycles.

“But we have millions of people who need to be awake or involuntarily awake at night. Some of us will need to be inconvenienced so that we can better prepare them, treat them, or do what we can to help.”