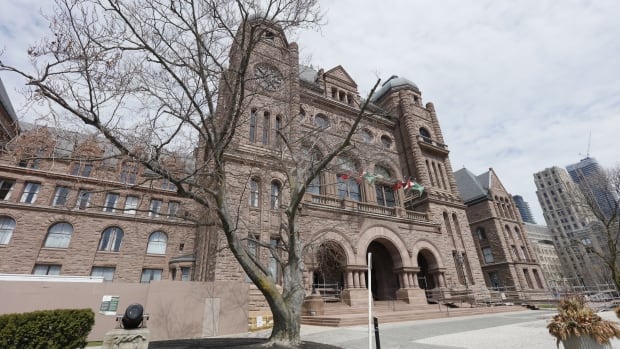 Ontario ended its fiscal year with a $2.1 billion surplus — a far cry from the $33 billion deficit projected in the budget — thanks to inflation and stronger economic growth, officials said Friday.

The surplus is the result of revenues 20 percent higher than the 2021 budget forecast, largely from taxes, reflecting higher-than-expected inflation and nominal GDP growth more than five points higher than the then-average forecast of the private sector budget, the government said when releasing its public accounts.

Last month, the Ford government said it had a $13.5 billion deficit for fiscal year 2021-22 ending in March. Today’s surplus represents a $15 billion difference in government profits in just six weeks.

“As we prepared our budget for fiscal year 21-22, jurisdictions around the world were still faced with many unknowns, and the economic impact was still uncertain,” he said at a news conference.

“We now have a clearer picture of the impact of the pandemic on the economy in the previous fiscal year.”

Employment grew, consumer spending was robust and corporate profits were up sharply, Bethlenfalvy said. Nominal GDP growth was 11.9 percent, the strongest annual growth rate since the early 1980s, he said.

“Amid global uncertainty and with increases in the cost of living reaching levels not seen in decades, this surplus puts Ontario in a stronger fiscal position in the near term,” he said.

The surplus is being used to reduce Ontario’s net debt, which stands at about $380 billion, and the government says it will suspend an automatic pay increase that lawmakers should get if there is a surplus.

‘People in this province are in pain’

NDP finance critic Catherine Fife rejected the idea that the progressive conservative government’s fiscal management led to the year ending in a strong position, while also saying the money should be spent differently.

“This is a government that has benefited from higher costs and higher wages and is getting credit for it,” she said.

“Meanwhile, a majority of the people in this province are in pain. So it’s quite a revisionism from our perspective to see a government take credit for this extra $30 billion when they could be making significant investments in the province that would take some of the credit.” of the pain people feel.”

The government is also announcing that it will increase the amount of money it will provide to parents as direct payment for tutoring support from $225 million to $365 million, but has still not provided any details on how that program will work, other than to say that applications will be opened next month.

Decrease in education expenditure due to COVID-19

Actual government spending in the fiscal year ended March was $2.5 billion lower than the budget plan, including $1.4 billion lower in education, which officials say is partly due to the end of the temporary COVID-19 pandemic. support.

Health expenditures were higher than planned, mainly due to money going to hospitals and long-term care facilities to cope with the COVID-19 pandemic and the vaccination strategy.

Ontario spent $75.7 billion on health last year, up $6.2 billion from the previous year, including $1.8 billion for COVID-19 testing and vaccination, another $1.6 billion for hospitals, $1.2 billion for increased use of health care systems, such as doctor visits, and $900 million for staff support, such as $5,000 “retention” bonuses for nurses.