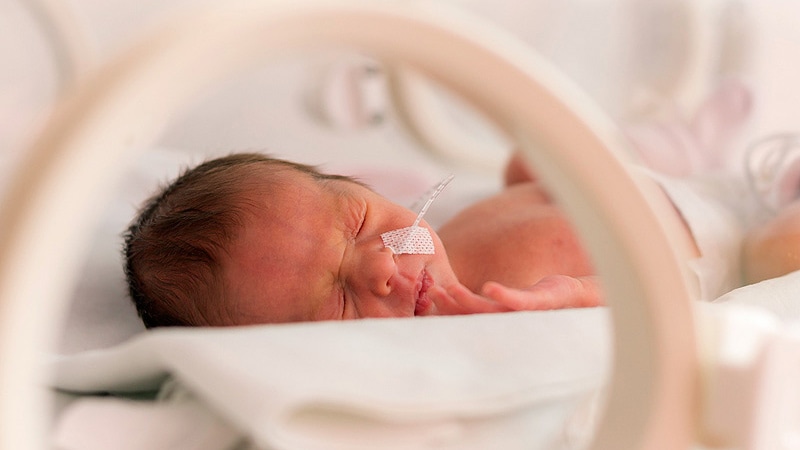 Martha Welch, MD, spent the better part of three decades in private practice treating children with emotional, behavioral, and developmental disabilities before taking a job on the faculty of Columbia University in New York City in 1997.

She took the stand, she said, with a mission: to find evidence to support what she’d observed in her practice — that by making stronger emotional connections, parents could change the developmental trajectory of preemie babies.

With that insight, Welch created Family Nurture Intervention (FNI), which has been shown to improve the development of premature babies.

“We’ve seen that whatever has happened to the baby, no matter how evasive the baby is, we can overcome this with emotional expression,” Welch said.

Over the course of the intervention, families work with a specialist to help bring mother and baby together — both physically and emotionally — until both are calm, which can take several hours at first and minutes over time.

FNI appears to help families — especially mothers — reestablish an emotional bond that was often interrupted by their babies’ stressful and precarious stay in a neonatal intensive care unit (NICU). In turn, both the baby’s and mother’s nervous systems are better regulated, researchers said.

Many aspects of FNI are not new: the neonatal intensive care unit has long had activities such as changing scented wipes, talking to the baby and skin-to-skin contact. But the approach that Welch and her colleagues advocate emphasizes building a bond between the mother and child.

Mounting evidence shows that FNI can improve a wide range of outcomes for preterm infants. For example, in a 2021 study, Welch’s group showed that FNI was associated with lower heart rates in preemies in the NICU. A 2016 study linked the intervention to reduced depression and anxiety symptoms in mothers of premature babies. And a 2015 randomized controlled trial showed that FNI improved development and behavioral outcomes in infants up to 18 months.

A new study published in Science Translational Medicineshowed that the intervention increased the likelihood that babies had better cognitive development later on, narrowing the developmental gap between healthy, full-term babies.

Welch and her colleagues tested to see if FNI measurably altered brain development in premature babies born at 26 to 34 weeks gestation.

“We were blown away by the power of the effect,” said Pauliina Yrjölä, MSc, a doctoral student and medical physicist at the University of Helsinki in Finland, who led the study, which Welch co-authored.

Mothers in the intervention group made as much eye contact as possible with the babies with their babies and talked to the babies about their feelings.

Intimate sensory interactions between mothers and babies physically altered babies’ cortical networks in the brain and were later correlated with improved neurocognitive performance, the researchers said.

“I was convinced there were physiological changes, I knew that from my clinical work,” Welch said. “I wanted to show it in this concrete, scientific way.”

“If we can prevent problems in the organization of brain networks to the extent shown in this study and improve their outcomes, it will be worth millions of dollars in terms of costs to society, schooling, health care, especially education and families,” he said. Ruth Grunau, PhD, a professor in the Neonatology Department of the Department of Pediatrics at the University of British Columbia, Canada, who was not involved in the most recent study, but has previously worked with Welch.

Babies born prematurely, especially before 32 weeks, have higher mortality and disability rates, according to the Centers for Disease Control and Prevention.

And, in general, babies born prematurely can develop breathing and feeding problems almost immediately after birth. They may also experience long-term problems such as developmental delays, vision problems, and hearing problems.

Grunau said that while many other programs and interventions have been used in the neonatal intensive care unit to help babies and mothers, the results of FNI are striking.

Yrjölä said she was surprised by the strength of the correlation as the babies continued to develop. The babies who received the Family Nurture intervention showed brain development close to that of the control group, which was babies who were full-term.

“Emotional connection is a state, not a trait — and a state can be changed,” Welch said. “And in this case, it can be changed by the parent through emotional expression.”

Welch said the approach is highly scalable and two NICUs participating in the FNI studies have implemented the program as standard of care.

The approach is also gaining interest outside of the clinical setting, as preschool partners have expressed an interest in implementing some of the methods to promote development.

Parents, relatives and teachers can use many of the FNI techniques – such as eye contact and emotional expression – to continue to develop and strengthen the connection.

For clinicians who want to perform parts of the intervention themselves, Welch said doctors can observe whether the baby is looking at their mother or turning to their mother.

Doctors can encourage mothers to express deep, emotional feelings toward the child. Welch emphasized that feelings don’t have to be positive, as many mothers with babies in the NICU struggle to express positive emotions. Crying or talking about the difficulties of their childbirth experience counts as expressing emotion. Most importantly, the baby hears emotion, of any kind, in the mother’s voice, Welch said.

As the bond develops, it will eventually take less time for the mother and baby to bond, and eventually the pair will become autonomously regulated.

“This is what gives us hope,” she said. “We influence each other in our autonomic nervous system. That’s why this treatment works.”

The study was funded by the Finnish Pediatric Foundation, The Finnish Academy, the Juselius Foundation, Aivosäätiö, Neuroscience Center at the University of Helsinki and Helsinki University Central Hospital, donations from the Einhorn Family Charitable Trust, the Fleur Fairman Family, MD Stephenson and The National Health and Medical Research Council of Australia. The authors have not disclosed any relevant financial relationships.

Kelly Ragan is a journalist living in Colorado.