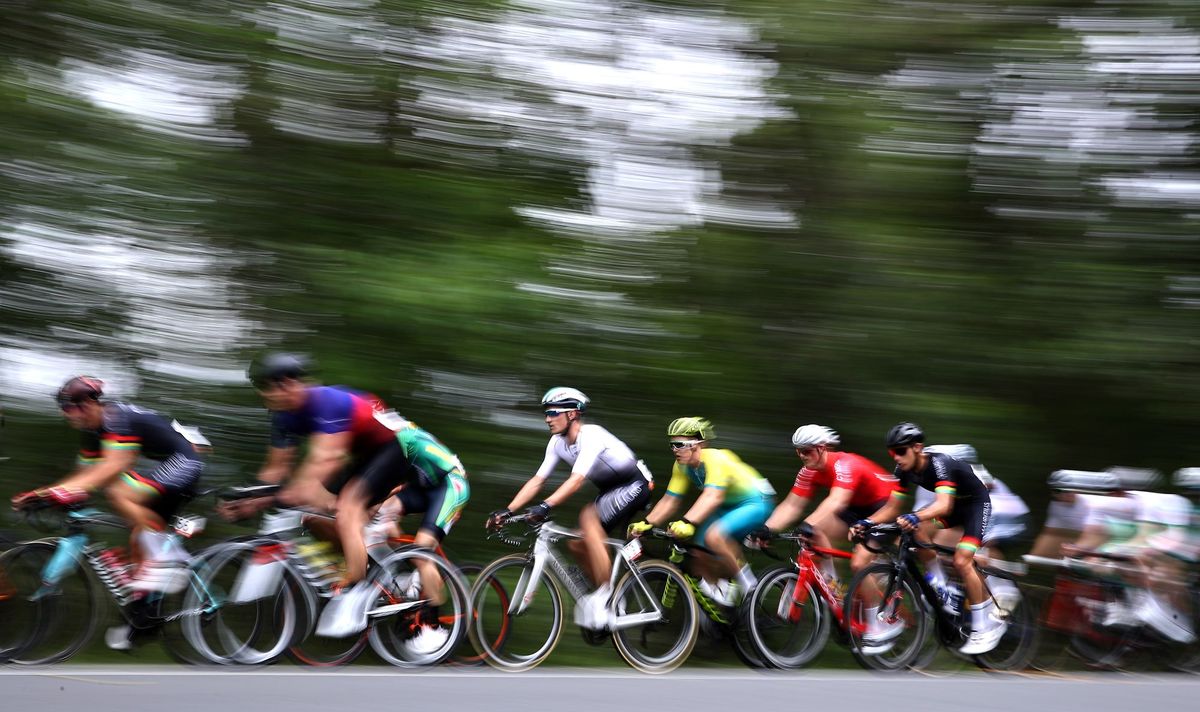 Both the men’s and women’s road races will take place this weekend at Warwick during the 2022 Commonwealth Games.

Many top British riders will be on the course, including Team Wales’ Geraint Thomas. Thomas won the Commonwealth Games road race eight years ago when he last started in Glasgow.

He has since won the Tour de France in 2018 and the Welshman was the only rider to get close to Jonas Vingegaard and Tadej Pogačar on this year’s edition of the French Grand Tour.

Thomas finished third overall and confirmed his form in France by taking a bronze medal in the time trial in Wolverhampton on Thursday. The event was won by Australia’s Rohan Dennis, with Team England’s Fred Wright claiming the silver medal.

Both races are likely to be a restrained affair on a course well suited to the faster finishers.

Coverage of the events (opens in new tab) starts Sunday afternoon at 1:15pm on BBC One.

Both the men’s and women’s road races take place on a course around the towns of Warwick and Royal Leamington Spa (opens in new tab). The men will cover 160 kilometers over ten laps of the rolling track, while the women will cover seven laps for a total of 112 kilometers.

Both events start and finish on Myton Road in the city, near Myton Fields Park, and on the route the riders will pass the historic landmark of Warwick Castle, which was built by William the Conqueror in 1068.

The relatively flat nature of the course is likely to favor a sprinter, although a bunch sprint is far from a foregone conclusion. Each lap of the course, the riders will gain only 130 meters of elevation gain and the route has no major climbs likely to wreak havoc on the riders’ field.

Because the track is on relatively flat terrain, Mark Cavendish will be a firm favorite to take home the Isle of Man gold medal.

However, due to the lack of well-trained large teams in a race like this, a bunch sprint is not the only possible outcome. That said, despite being known as a true sprinter, Cavendish can more than hold his own in other racing situations. The Manxman took the road race honors at the British National Championships after being in a big break all day.

If Cavendish misses, there’s another contender for the Isle of Man Matt Bostock who is racing on the road for the WivSunGod team. Bostock was involved in a serious crash on the track last weekend and had to be treated in hospital. But the 25-year-old was pictured during a ride with Cavendish on social media (opens in new tab) and is a proven quick finisher.

Fred Wright of Team England took the silver medal in the men’s time trial and is likely to compete for the gold again this time. Wright was in impressive form in the Tour de France ahead of Bahrain Victorious and came close to a stage win several times. Ethan Hayter from Team England will also be a solid bet to challenge for a medal. The Ineos Grenadiers rider was crowned British National time trial earlier this year, he also won two stages in the Tour de Romandie in May.

Even though the course on paper suits the fast men, the experience of Geraint Thomas could see the former Tour de France winner challenge for a medal. The 36-year-old won the road race at the 2014 Commonwealth Games and took a bronze medal in the time trial on Thursday.

At the women’s race, Abi Smith from Team England will be one to watch. Smith drives on the road for EF Education-TIBCO-SVB. The 20-year-old performed well in her team colors in the Giro Donne earlier this year and rode a stable race in the Women’s Tour in June. A spirited rider, who will not be phased by the site of a climb offered, will be a great hope for England. Anna Henderson Another challenger for the team, Henderson missed the gold medal in the time trial by just 33 seconds.

The strongest country in the women’s race is Australia. Grace Brown is in rich form and impressed during the Women’s Tour in June. Brown claimed the gold medal in the time trial for Henderson and Georgia Williams. Williams is also likely to be in the fray in the action around Warwick.