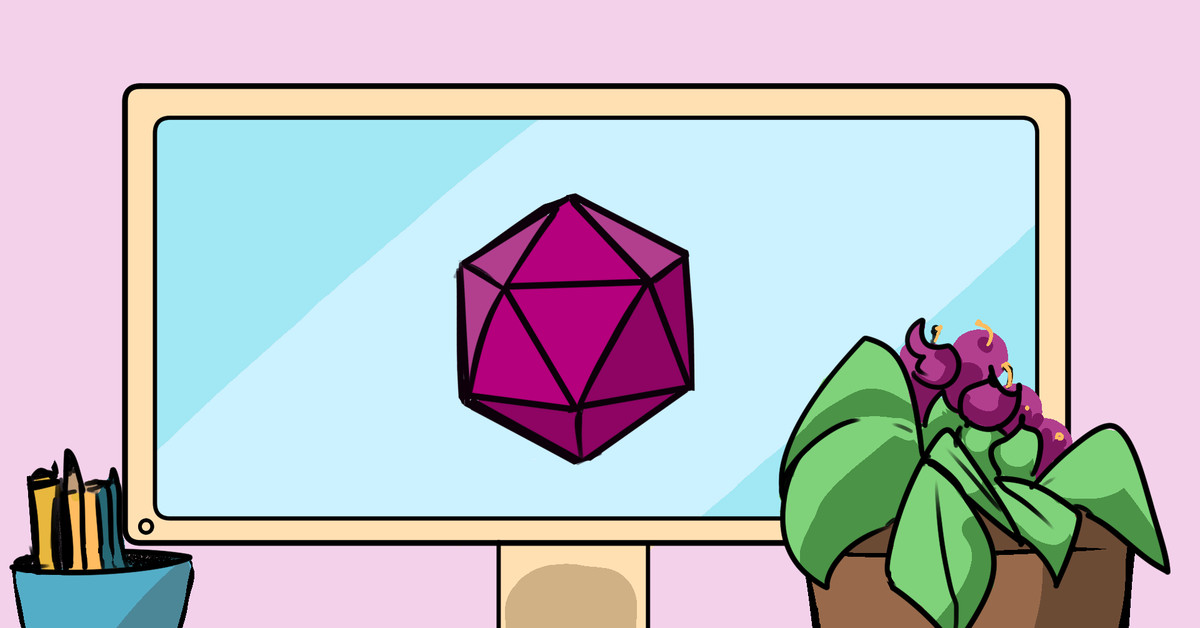 Tabletop gaming is more accessible than ever, and there’s something wonderful about sitting around a table with friends to shout and cheer at the fate of fictional elves, Lovecraftian detectives or warring Space Marines. Camaraderie and adventure certainly have a summer camp feel to them, although the trials and tribulations of a pen-and-paper session are a little more ambitious than roasting s’mores and singing songs around the campfire.

Platform of your choice

There are a few ways to set up your game, but Discord is a surprisingly adept organizational tool – and, depending on the game you’re playing and the systems it uses, just hosting your game with the addition of a dice-rolling bone and a little preparation.

If you’re looking for something more tangible, Tabletop Simulator is a popular choice for many games, as it offers the tactile feel of moving minis around a map or rolling a critical hit. Need something more advanced for a dungeon crawl or extended campaign? Roll 20 and Foundry Virtual Tabletop provide a host of tools for players and game masters alike, enabling everything from setting up a soundtrack to tracking achievements and clumsiness. My husband and I use Foundry Virtual Tabletop for a Savage Worlds campaign, and while it’s paid, the versatility and accessibility is worth it. If you’re not willing to drop the cash, or you don’t need the finer features, Roll 20 is a perfectly good free alternative.

A clever game master always has a few tricks up his sleeve, whether that be a surprising villain waiting in the wings or a secret door leading to a treasure-filled dungeon. With digital games, the gamemaster has a little more freedom to show things – for example, it’s easier to put an image in a Discord channel than give it around the table.

If your players are breaking open a crypt, it can be super useful to make a quick map. Dungeon Scrawl is a free web tool that creates maps that can then be imported into virtual table programs or uploaded to an image host. Dungeon Scrawl isn’t too complicated, but for game masters who want a very simple process, Dungeon Map Doodler is an even more accessible and simpler map maker.

Do you want to go bigger or do you need to create an original setting? Cityscape, a small city-building game, is incredibly useful for people who want to build elaborate buildings and cities that look attractive to explore. Inkarnate is great for creating a larger geographic map showing a region or continent; it has a free setting.

Finally, AI tools like Artbreeder are fantastic for game masters because they require no artistic skills or practice. Artbreeder’s Portraits allow users to adjust the settings and “genes” of a photo, and it’s a reliable, relatively fast way to create unique, interesting character portraits.

Dungeons & Dragons is the most famous table game, followed by heavy hitters like Vampire: The Masquerade or Cyberpunk Red† But there are countless smaller systems that might be just what your group needs. Experimenting and trying out different games is a great way to broaden your horizons and create an unforgettable adventure or chaotic campaign. Some suggestions are:

Fiasco, an improv-heavy game, comes up with intriguing scenarios and then everything goes horribly wrong. If you want to play a game that could potentially end up with a player trapped in a burning basement dressed in a fursuit while their coworker gleefully pours more gasoline on their lawn because of a misunderstanding at work, Fiasco is for you. It is also available on Roll 20 which is a nice bonus.

DARK CITY is a deep dark apocalyptic RPG with very deadly combat and little delay. The layout and formatting on DARK CITY‘s sourcebooks is truly astonishing, and while the setting isn’t very comfortable, it’s metal as hell. For those who prefer a futuristic spin, spin-off CY_BORG is just as classy and contains even the most punk rule of them all – you can never really sympathize with the Corps even if you end up working for them. Both systems are great for blood-soaked one-shots and short campaigns.

Scavenger hunt is a cozy, welcoming ramp to tabletop RPGs† (Disclosure: Polygon Editor-in-Chief Chris Plante collaborated on) Scavenger hunt as an editor.) This accessible experience recently became free to play, so it’s a great way to give the experience a spin and see if it works for your group. Scavenger hunt is also strongly story-driven, so groups have a lot of freedom to experiment with characters and choices.

One final pro tip – be sure to follow the table games section on itch.io which has some inventive versions of the genre that might suit your friends better than a big main game. Killer Reviews is a game where players play as the crew of a horrible paranormal show that is about to be canceled, and do one last job that actually bewitched. Fist is a Metal Gear Solid-inspired game about a squad of paranormal mercenaries performing Cold War espionage feats.

There are tons of ways to play online that offer the full camp experience of settling in with friends and going crazy. There is certainly a lot of merit in playing personal games, or choosing major mainline systems like Dungeons & Dragons for your weekly game. But a little experimentation and smart use of online tools can make for an accessible experience. Online table games are the way I keep in touch with my friends and family, and I hope you can find some time this summer to give them a try.