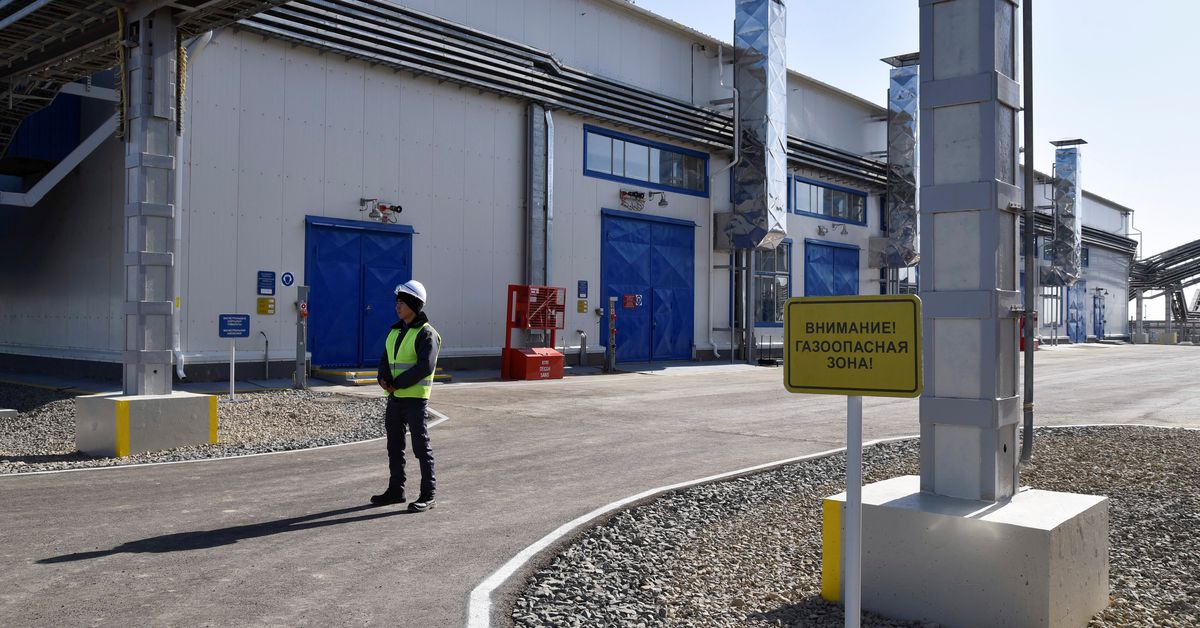 MOSCOW, July 6 (Reuters) – Caspian Pipeline Consortium (CPC), which brings oil from Kazakhstan to the Black Sea through one of the world’s largest pipelines, has been ordered by a Russian court to suspend operations for 30 days, although exports are still flowing.

Tengizchevroil, the operator of Kazakhstan’s largest oil field, Tengiz, said the oil supply through the CPC pipeline has not been interrupted.

Tengizchevroil, in which Chevron has a 50% stake, said it has asked the CPC for clarification on details and next steps after the ruling.

Three industry sources also said oil supply from the fields in Kazakhstan to the CPC pipeline was uninterrupted as of Wednesday morning.

CPC, which processes about 1% of global oil, said the ruling to suspend operations related to oil spill paperwork and said the consortium, which includes Chevron and Exxon (XOM.N), must abide by the Tuesday’s court decision.

Any major disruption to the CPC would put further strain on the global oil market, which faces one of the worst supply shortages since the Arab oil embargo in the 1970s.

CPC said it had filed an appeal with the court in Russia’s Black Sea port of Novorossiisk, requesting that enforcement of the ruling be suspended to avoid an interruption that could lead to irrevocable consequences for the pipeline equipment. .

CPC made no further comment when Reuters reached out.

The CPC pipeline has been in the spotlight since Russia sent troops to Ukraine in what it calls a “special military operation.” Western sanctions imposed as a result have reduced Russian exports and pushed up oil prices.

Oil prices rose more than 1% to about $104 a barrel on Wednesday, buoyed by supply concerns.

Russia has already reduced gas flows through the Nord Stream 1 gas pipeline, which supplies Russian gas to Germany and other European states. That pipeline is operating at 40% capacity due to a dispute over equipment repairs.

The United States has imposed sanctions on Russian oil but has said flows from Kazakhstan through Russia must be uninterrupted. The European Union has meanwhile said it wants to stop being dependent on Russian fossil fuels by 2027.

A report on the terminal situation seen by Reuters showed that oil shipments from the CPC terminal continued in the afternoon from July 5, but it was not clear whether operations continued on July 6.

CPC said on Wednesday that Russian Deputy Prime Minister Viktoria Abramchenko has ordered regulators, including industrial safety regulator Rostekhnadzor, to inspect the facilities of the Russian part of the consortium.

It said the inspection found some “documentary” irregularities about plans to deal with oil spills. An oil leak occurred at the terminal last year.

Kazakhstan said the government was discussing measures to address the impact of restrictions on oil exports through the CPC.

The pipeline exported up to 54 million tons, or about 1.2 million barrels per day, of Kazakhstan’s premier raw grade, slightly acidic CPC Blend, from the Black Sea last year.

Work on the pipeline has already been interrupted this year due to storm damage to the terminal equipment of the Black Sea.

The operator said production on the field continued after the accident.