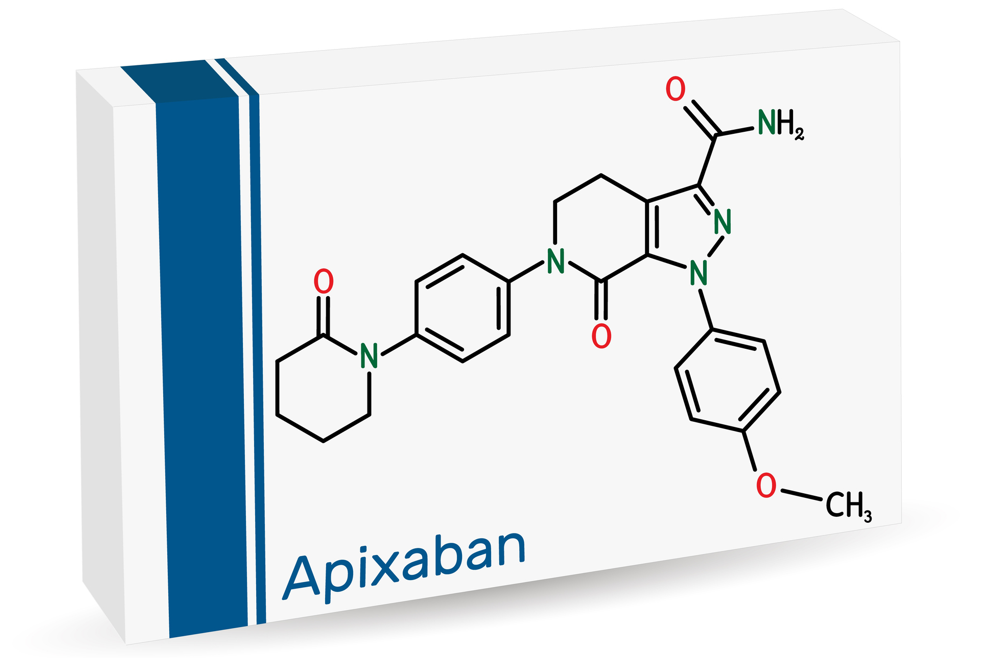 PHILADELPHIA-A difference in effectiveness against strokes and other blood clots was readily apparent in the first year in patients who had taken the anticoagulant drug apixaban instead of rival rivaroxaban, according to researchers at the University of Pennsylvania Perelman School of Medicine.

In the “emulated” clinical trial — an analysis that compared matched patients in a large health insurance database — all patients whose data was analyzed were those with atrial fibrillation (AF) and associated valvular heart disease (VHD). Each patient took one form of an anticoagulant, also known as blood thinners, to slow the formation of new blood clots and help prevent existing clots from growing larger and potentially more harmful. The study found that in those taking apixaban, the risk of dangerous clots was reduced by almost half compared to rivaroxaban.

At least several million Americans have AF, a type of irregular heartbeat that leads to blood clots in the heart, and more than 60 percent of these patients are thought to have associated VHD, essentially meaning they also have significant heart valve damage. The risk of stroke or systemic embolism increases several times in people with AF compared to people without AF, and VHD is thought to contribute to the risk of stroke or death.

As of 2016, apixaban and rivaroxaban are the most commonly prescribed anticoagulants for reducing the risk of stroke and systemic embolism in AF/VHD patients. While some traditional blood thinners can be affected by a patient’s diet, apixaban and rivaroxaban do not, making them easier to handle. But so far, there have been no clinical studies directly comparing the two drugs in this patient population.

“The lack of evidence from clinical trials and the wide use of both drugs in patients with AF and VHD calls for real-world evidence that can guide treatment selection in clinical practice,” said Ghadeer Dawwas, PhD, a postdoctoral fellow researcher in Biostatistics, Epidemiology, and Computer Science at Penn, and lead author of the study, published today in the Annals of Internal Medicine.

Nearly 10,000 patients who had recently started taking apixaban were compared with another 10,000 patients who had recently taken rivaroxaban. The study was not a clinical trial type, where patients are randomly assigned to different groups to minimize differences between them. Rather, the researchers mimicked a clinical trial by matching each patient in the apixaban group with one in the rivaroxaban group with similar age and other characteristics that could influence the results. The patient records compared in the study came from a large commercial health insurance database with anonymized data from 2013 to 2020.

“Until evidence from randomized controlled trials becomes available, we believe clinicians should consider our findings when selecting anticoagulants in patients with AF and VHD,” said senior author Sean Hennessy, PharmD, PhD, a professor of epidemiology and director from Penn’s Center for Real-world Effectiveness and Safety of Therapies.

The analysis found that the number of patients with stroke or systemic embolism in each group varied almost immediately. Patients in the rivaroxaban group had significantly more of these events at 6 months and 12 months of follow-up. The researchers calculated that the rate of stroke or systemic embolism per patient per year of follow-up was about one percent (0.91 percent) for rivaroxaban users and about half (0.52 percent) for apixaban users. Similarly, the bleeding rate in the rivaroxaban group was approximately double that in the apixaban group.

Support for the study was provided by the National Institutes of Health (K99HL159230).

/public release. This material from the original organisation/author(s) may be of a point in time, edited for clarity, style and length. The views and opinions are those of the author(s). View the full version here.