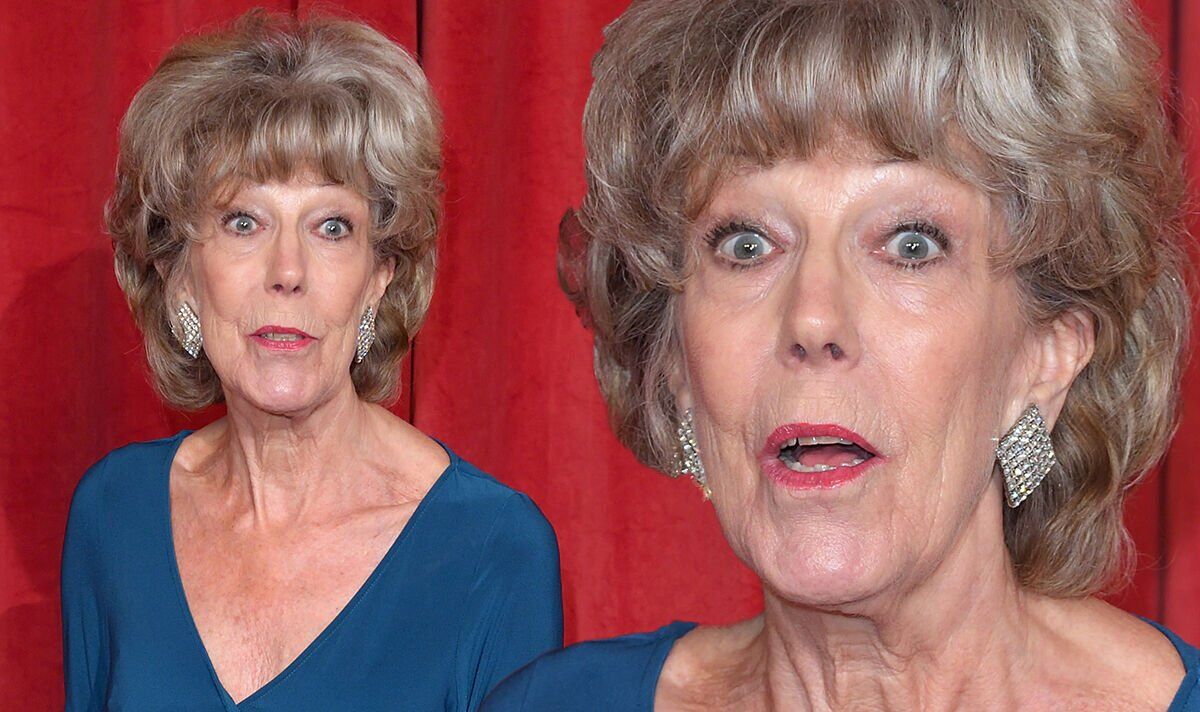 As Audrey’s turbulent life on the streets gripped viewers for years, watching the soap one night it was a suspicious-looking mole that had caught the attention of viewer and specialist skin care nurse Anna Bianconi-Moore, who was able almost immediately. to make the diagnosis. the actress with malignant melanoma. Moore was concerned for the actress’s well-being and contacted the show to warn Nicholls to have her mole checked out professionally.

What Moore noticed on Nicholl’s shoulder when she was wearing a nightgown in one of the soap operas was an irregularly shaped birthmark. In fact, it was the mole’s spotted look that caught her immediate attention.

Speaking to the press after the incident, she said: “I noticed it was an irregular shape and had at least three different colours.

“These are two of the red flag signals that distinguish the most deadly form of skin cancer – malignant melanoma. I was clearly incredibly concerned about Sue and felt I had to do something.

“I wrote that I had observed an ominous looking lesion and suggested that sooner or later Sue see a specialist as it might require urgent attention.”

Moore’s keen eye was aided by the fact that she works as a nurse during the day at the dermatology clinic at Addenbrooke’s Hospital in Cambridge, and soon Nicholls’ mole was sent in for examination.

When ITV found out that the mole had in fact turned into melanoma, ITV released a statement about the nurse’s incredible acuity and the effect it had on actress Nicholls.

It read: “While millions watched the same scene in their living room at home, specialist skin care nurse Anna was able to diagnose the spot as malignant melanoma after she paused and took a closer look at the TV.

The 55-year-old from Suffolk then contacted the show to warn Sue to get the mole checked.

“In the end, nearly a year passed before Sue had the mole removed and the diagnosis of malignant melanoma confirmed. The actress then appealed to the viewer to get back in touch.

“The two met on Coronation Street in late May so that Sue could personally thank her for potentially saving her life.”

Melanoma is described by The Skin Cancer Foundation as a “dangerous” and “serious” form of skin cancer that begins in cells known as melanocytes. What makes it dangerous is that it can spread to other organs faster if not treated early.

In fact, only 20 to 30 percent of melanomas are found in existing moles like Nicholls’s. 70 to 80 percent develop on normal-looking skin.

Melanomas can come in many different shapes, sizes, and colors. But whatever the melanoma looks like, it’s always important to detect it early so that treatment can begin. Once melanoma has spread deeper into the skin or other parts of the body, it becomes more difficult to treat and can be fatal.

The Skin Cancer Foundation uses both the ABCDEs of melanoma and the Ugly Duckling method to teach individuals to recognize melanoma.

The first is a guide to help people recognize the warning signs of melanoma. It goes like this:

The second is another recognition strategy based on the concept that most normal moles look alike, with one standing out like an ugly duckling.

This highlights the importance of not only checking for irregularities, but also comparing suspicious spots with surrounding moles to determine if they look different. These unsightly duckling lesions or outlier lesions may be larger, smaller, lighter or darker compared to surrounding moles. Isolated lesions without surrounding moles for comparison are also considered ugly ducklings.

Once diagnosed, treatment options will depend on the stage of the disease, the location of the tumor, and the individual’s overall health. Treatment methods currently used include surgical removal, immunotherapy, targeted therapy, and chemotherapy.

Advances in research mean that treatment options improve quality of life and increase the survival rates of patients diagnosed with advanced melanoma.