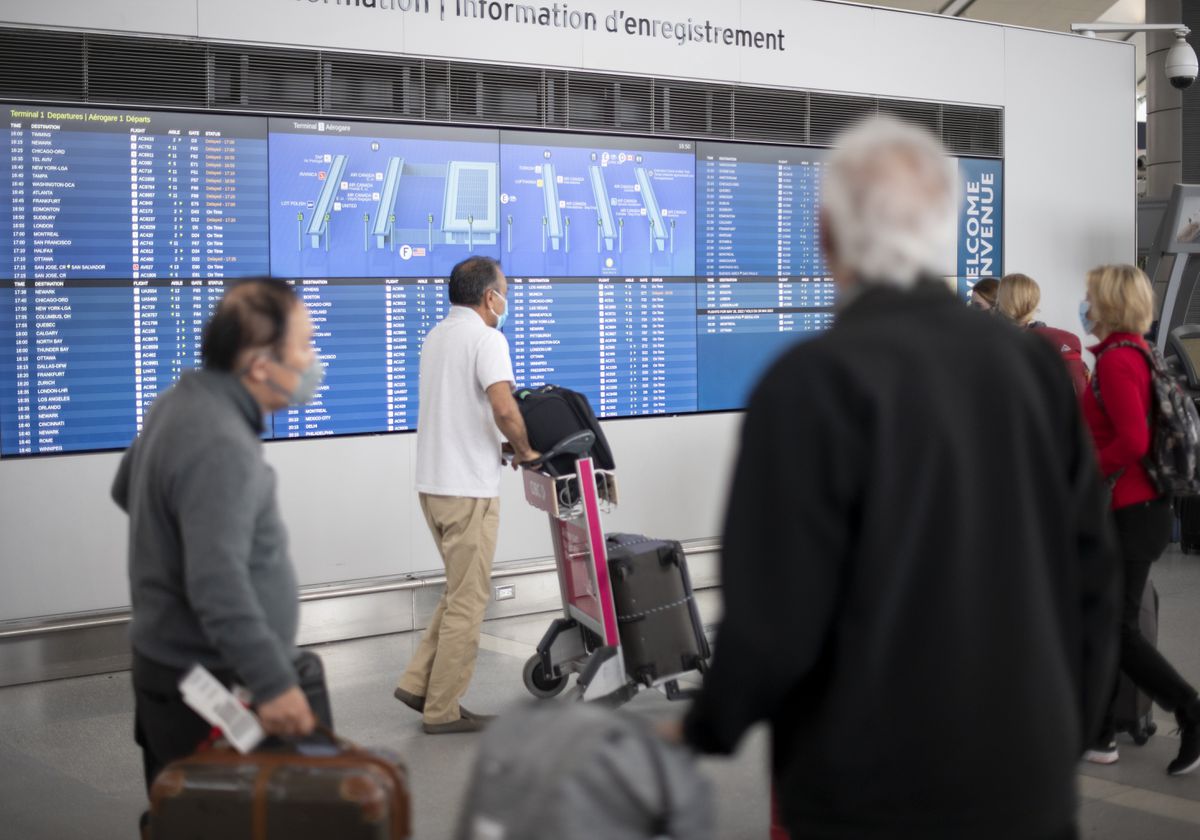 A new cost breakdown reveals that the ArriveCan app started out as an $80,000 spend at the start of the pandemic, before growing to $54 million this year over the course of more than 70 updates.

The figures were delivered to The Globe and Mail on Monday, shortly after a parliamentary committee ordered federal departments to hand over key contract documents related to the ArriveCan app by the end of the month as part of an investigation into the $54 million cost. .

The breakdown of the cost of building and maintaining the app shows that after initially spending $80,000 to develop the app, Ottawa earned another $8.8 million related to more than 70 updates. Other significant costs listed in the Canada Border Services Agency (CBSA) breakdown are $7.5 million for Service Canada call center time, $5.2 million for data management, $4.9 million in “indirect costs” such as employee benefits. and lodging and $4.6 million for cloud hosting services.

Members of the House of Commons Committee on Government Operations and Estimates on Monday agreed to a slightly watered-down version of a request from the Conservative Party for an inquiry into the app’s costs.

After more than an hour of negotiation, the committee members approved a compromise motion calling for at least two meetings for the cost of launching and maintaining the app. The committee will hear several witnesses, including senior officials and individuals from GCstrategie, the company that received most of the federal outsourcing work related to the app.

The committee has given the departments a term of 10 working days.

The Globe reported earlier this month that the cost to build and maintain the app will hit $54 million this fiscal year. The Globe also reported that GCstrategies has fewer than five employees and relies on more than 75 subcontractors to fulfill contracts with more than a dozen government agencies.

Both the company and the government have said the identities of subcontractors are confidential information.

The Liberals persuaded Bloc Québécois and the NDP not to immediately support the Conservative Party’s full original proposal, which had called for six meetings and for a longer list of witnesses, including cabinet ministers and Canadian tech leaders who clone of the ArriveCan app over the Thanksgiving weekend as a way to illustrate that the federal government has been overspending.

The Bloc and NDP agreed with the liberals that after receiving the documents and hearing from the first round of experts, the committee could reassess whether further hearings are needed. Conservative MP Kelly McCauley, who proposed the original motion, had said Liberals only want to hear from officials who will defend the spending and that hearing critical tech experts would balance it out.

Mr. McCauley had suggested hearing from representatives from Lazer Technologies and TribalScale, the two Canadian tech companies that have cloned the app.

NDP MP and committee member Gord Johns also said the collapse raises new questions. He said in a statement that it is “wrong to leave Canadians in the dark” and said the liberals have not been transparent.

Liberal MP Anthony Housefather accused the conservatives at the meeting of providing misleading information by suggesting that the hackathon projects over the Thanksgiving weekend were comparable to the total costs incurred by the federal government.

The Liberal MP later clarified to The Globe that he just wanted to say that it is inaccurate for Conservatives to suggest that the entire $54 million was spent on developing the app, when in fact the amount covers development and maintenance costs. . Mr. Housefather said he does not dispute The Globe’s reporting that the full cost of building and maintaining the app is on track to reach $54 million this year.

“As with any project, many elements had to come together to do this. The $54 million we expect to have spent by March 31, 2023 was not only budgeted and spent on the creation and launch of the app itself, which cost $80K to launch in April 2020, but also on all the work needed to update, maintain and upgrade the app over the past two years,” she said in an email.

Ms Boudreau said ArriveCan is “not a simple information-sharing app”, describing it as a secure tool that required regular updates as the government announced changes to border measures during the pandemic.

ArriveCan was originally created as a way for travelers to upload mandatory health information related to COVID-19. It has since expanded to allow users to answer customs and immigration questions. The app will no longer be mandatory from September 30, but will remain a voluntary option.

The start date for the commission’s hearings on the app’s costs has not yet been announced.

With data analysis by Mahima Singh in Toronto