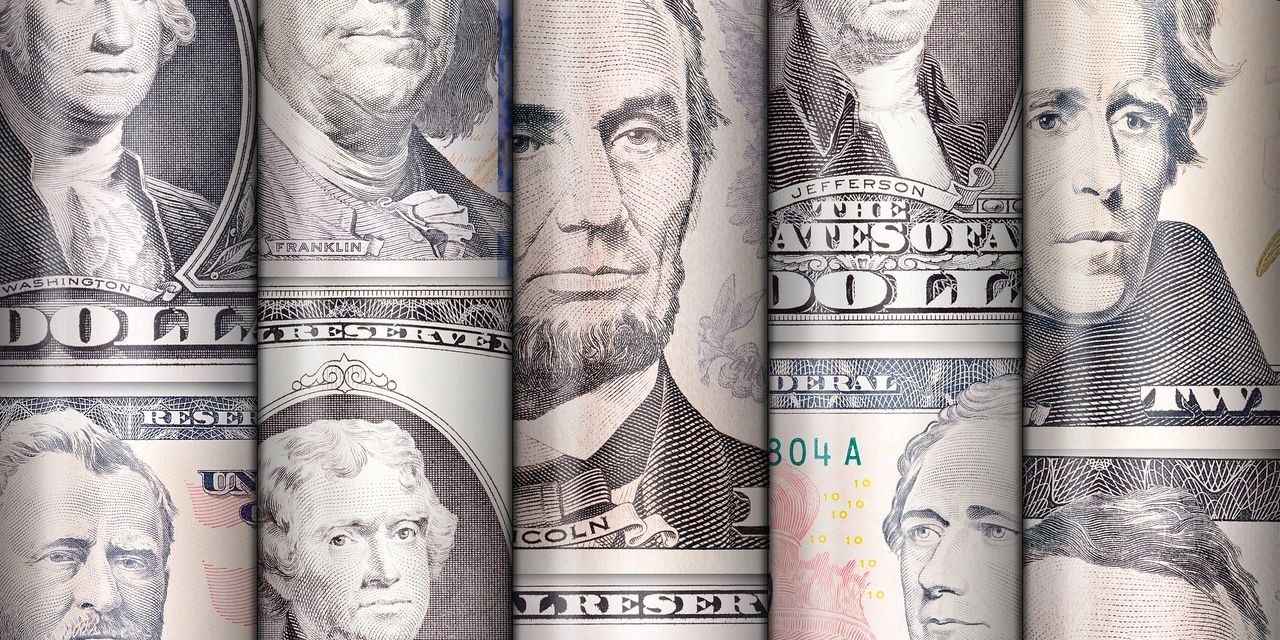 Even for mighty ones

$595 million is a lot of money. That’s how much the software giant’s revenue fell in the most recent quarter due to the increasingly strong US dollar. A wide range of large-cap US companies have revised their forecasts due to a decline in repatriated profits due to the strong dollar.

Still, short-term sales and earnings trends are just the tip of the spear when it comes to the impact of a strengthening dollar. Of far greater concern are the potentially damaging global economic effects that currency tensions are triggering. Financial advisers who have been complacent about these risks should sit up and take note now that it is clear that the Federal Reserve will continue to raise interest rates, a move that is likely to boost the dollar even more.

Past infections. Many Wall Street strategists haven’t been in business long enough to remember when a currency crisis sent stock markets crashing in 1987, forcing Treasury Secretary James Baker to pursue trade and currency meetings with his colleagues in Europe. A decade later, a run on the Thai baht sparked yet another global market decline.

Once again, disruptions in the currency markets threaten to wreak havoc. The US dollar index has risen from 92 to 109 in the past 12 months. The euro, yen and other major currencies are now at a more than 20-year low against the dollar. The Chinese yuan, in particular, seems to be in danger of late. Since Federal Reserve Chairman Jerome Powell took a more aggressive stance on Jackson Hole last Friday, the Chinese currency has fallen to a two-year low against the dollar.

Mike Green, a portfolio manager at Simplify Asset Management, doesn’t mince words when it comes to new currency risk. The dollar’s continued strength “has the potential to really destabilize global markets.” He says it’s too early to worry about a “full crisis,” but adds that “a lot of people in my world, the macro world, are talking about the dollar and its implications.”

Countries such as Germany are clearly heading for a crisis and recently announced a monthly trade deficit for the first time in more than 30 years, thanks to rising import prices, exacerbated by the weak euro. Trade deficits don’t necessarily indicate crisis situations, but this coming winter Germany is likely to experience power outages that will sap the economy as it winds itself out of Russia’s energy supply, adding to the currency woes.

Perhaps no one has more to lose from a strong dollar than emerging markets in Asia, the Middle East and Africa. (In contrast, Latin American emerging markets are heavy exporters of various commodities, and such exporters benefit from strengthening foreign exchange reserves and also see their currencies strengthen, although that could lead to what is known as a Natural Resource Curse).

In Africa and the Middle East, countries like Nigeria, Ghana, Egypt and Turkey are increasing their dollar reserves to defend themselves against an even deeper change in their currencies. Problem areas like Sri Lanka and Pakistan are already under pressure in Asia, and other countries in that region can follow suit.

Destroying reserves. These nations burn the foreign exchange reserves to pay for the more expensive imports. A wide variety of commodities are priced in dollars, and the costs of energy, food and raw materials are weakening economic activity around the world. The International Monetary Fund (IMF) recently noted that “cumulative outflows from emerging markets (so far in 2022) have been very large, about $50 billion.”

Karim El Nokali, an investment strategist at Schroders, points to the war in Ukraine and the subsequent spike in energy and agricultural prices as a major challenge for many countries. “The longer the war goes on, the more pressure it will put on several emerging markets,” he warns.

Yet much of the problem in the foreign exchange markets can also be attributed to interest rate differentials, as the US raises interest rates faster than other central banks. Currencies tend to flow into markets where fixed income returns are strongest. And judging by Powell’s comments on Friday, US benchmark rates could remain in an upward trend for longer than recently expected.

In his address Friday in Jackson Hole, Wyo., Powell evoked the ghost of Paul Volcker and reminded investors that the job of the Fed should be “to break the grip of inflation expectations.” Four decades ago, the former Fed chairman pushed interest rates so high that a deep recession became a foregone conclusion. That was ultimately necessary because an overly timid Fed had left inflation at high levels for too long. “(Powell) doesn’t want to make the same mistake with raising start/stop/start rates,” said Michael Sheldon, chief investment officer of RDM Financial Group.

Still, Powell is certainly aware of the economic risks associated with an overly restrictive monetary policy. As BlackRock fixed-income strategist Rick Rieder reiterated in a note to clients Friday, “While it is imperative that the Fed gets the currently high inflation under control, we are concerned about the potential for the central bank to overdo the tightening.”

While Powell is fully focused on breaking the inflation cycle, he is also monitoring an increasingly apparent economic slowdown that is now underway, as well as the risks associated with an overly strong dollar. (As a small sign of good news last Friday, the core personal consumer spending index (PCE), the Fed’s favorite inflation gauge, rose slower than expected in July).

Certainly, the US economy also benefits greatly from a robust dollar. For example, price increases for many commodities would have fueled even higher current inflation if the dollar had been weaker. Green notes that “the terms of trade have clearly shifted in favor of the US”. Schroders’ Nokali suggests that investors targeting domestic equities may want to increase the weights of small- and mid-cap stocks. Smaller companies tend to make a higher proportion of US sales compared to larger companies.

Those larger companies, which are dependent on exports, may find it increasingly difficult in the coming quarters. Economic research firm CEIC noted in a July 2022 survey that “the business cycle outlook deteriorated for seven of the eight economies surveyed,” with China being the only major economy not seeing worsening economic conditions. (Still, China may be doing worse than the CEIC thinks).

As the Fed continues to raise domestic interest rates, economic conditions abroad are likely to worsen before improving. And that leads advisors to wonder if it’s time to trim the global exposure for their clients. It’s not an easy call. On the one hand, foreign markets are demonstrably cheaper than our own. For example, both the

(ticker: VWO) and the

(VGK) now trades for less than 12 times future earnings, Morningstar said. The multiple on the S&P 500 is about 50% higher, around 18.

Still, the economic outlook for developed and emerging markets is deteriorating at a steady pace, and recessions in Asia and Europe may turn out to be even deeper than our own. For my clients, that means holding onto existing investments abroad, but it’s been a while since new allocations have been set aside for investments in foreign stock and bond markets. Cheap is good, but history tells us that cheap can get even cheaper.

So when will it be safe enough to go to foreign markets again? RDM’s Sheldon says that “when the dollar eventually weakens, we should see a better backdrop for investment abroad, adding that “historically a declining dollar has led to outperformance for foreign markets.”

In the short term, advisors should continue to focus on the risks that are still present in the global economy. As grim examples in the not-too-distant past have shown, weakness elsewhere could also become a contagion in US markets and economy.