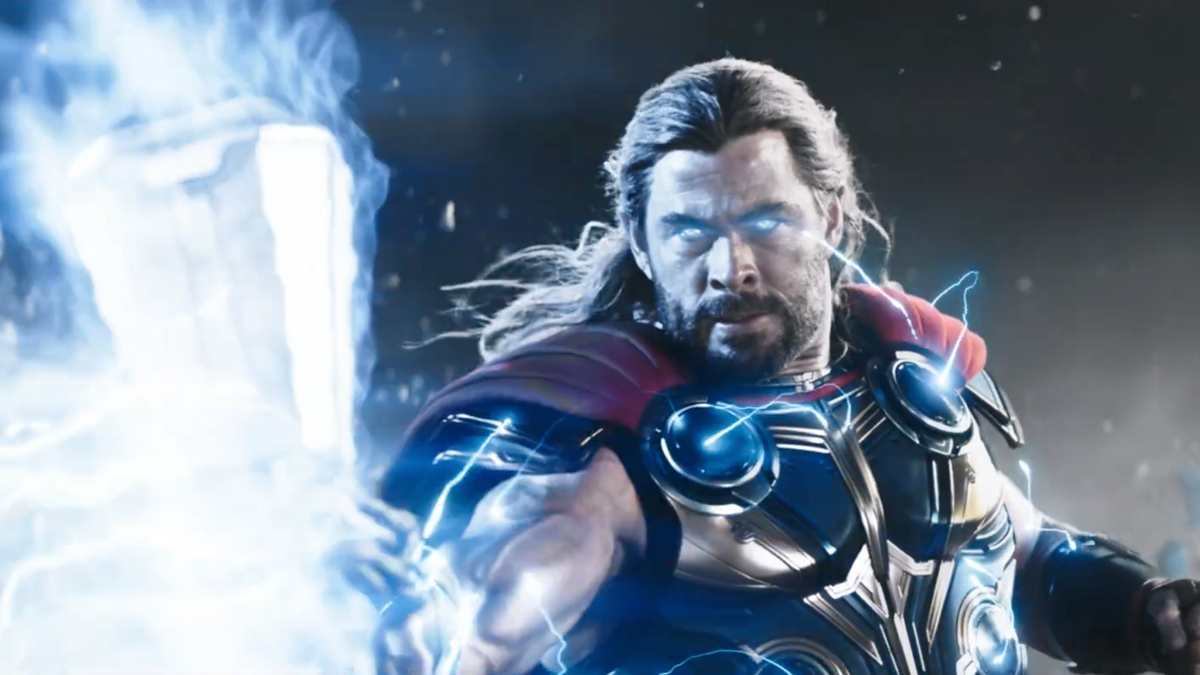 The Thor: Love and Thunder after the credits scenes are not to be missed. After all, we Marvel fans are well trained to get it right until the final credits, and Taikia Waititi’s new movie is no different with some spectacular post-credits sequences that could have big implications for the future of the MCU.

Below we’ve put together the ultimate guide to the Thor: Love and Thunder post-credits, including how many there are and whether they’re worth keeping. That’s all non-spoiler – below that, and after the spoiler warning, we dive deep into what exactly the scenes might mean – and what they tell us about a sequel. Read on for everything you need to know about the Thor: Love and Thunder post-credits scenes.

How many Thor: Love and Thunder post-credits scenes are there?

There are two after-credits scenes in Thor: Love and Thunder. The first comes after the stylized end credits with all the major stars and cameos. The second scene arrives about four minutes later after the full credits have rolled.

Now comes the fun part: deciphering what these mean. So if you’ve already seen the film, read on to take a closer look at these post-credits sequences. But a word of warning – we are coming heavy spoiler area as we discuss MAJOR Thor: Love and Thunder Plot Details from now on.

The first scene comes after the main stylized credits. It reveals that Russell Crowe’s Zeus survived Thor’s earlier attack with the Lightning Bolt – and he wants revenge. The scene takes place in Almighty City, where Zeus is harassed by his servants. While they are treating his wound, he delivers a speech to someone off-camera about how superheroes have become the new gods. “It seems to me that being God used to mean something,” he says. “Now people just want superheroes, when did we get the joke?”

He vows to teach them a lesson before the camera shifts to whoever he is talking to. Here we get our first glimpse of Hercules in his dazzling golden armor. The hero was mentioned earlier in the film when Thor discussed who would be in Omnipotence City with Korg, Jane and Valkyrie.

But this is the first look we get at the new MCU character – with Brett Goldstein playing him. The casting of Ted Lasso star Goldstein hadn’t been announced before, so it’s a huge secret that Waititi and the Marvel team have managed to keep it quiet. (Read more in our guide to Hercules in Thor: Love and Thunder.)

We don’t see much of him, but he looks set to play a big part in the future of the MCU. Hercules has been set on a path of revenge against Thor by Zeus, so it is likely that the pair will meet again. This could happen in a possible fifth Thor movie, which Kevin Feige recently discussed.

Hercules is a big part of the Marvel comics. He is heavily based on the Hercules of Greek mythology, who is the son of Zeus and has a similar backstory to the myth. As such, he has all the usual abilities of an Olympian God, including superhuman strength, durability, speed, reflexes, stamina, and stamina.

He has appeared as part of the Avengers series of comics since 1964, as well as landing his own limited series in the late 1990s and early 2010s. However, Hercules appeared most in the Thor comics, where he usually acted as an assistant to the God of Thunder.

While it’s likely the MCU will draw on this backdrop, it looks like Goldstein’s version is being set up as a potential villain. We’ll have to wait and see if Feige or any of the actors reveal more about what role he’ll be playing in the MCU.

The second scene after the credits comes right at the end. This clarifies that Natalie Portman’s Jane ended up in Valhalla after she died in Thor’s arms. The scene begins when she arrives through the gates of the afterlife and is greeted by Heimdall (Idris Elba). He thanks her for helping care for his son Astrid – or Axl, after the Guns ‘n’ Roses singer, the way he likes it best – as she watches wide-eyed. It’s a fitting ending for Portman’s Jane who seems happy and healthy and can finally rest after her battle with cancer. (We’ve got a guide for everyone who dies in Thor: Love and Thunder in case you missed some of those other deaths.)

It’s not clear if this is the last we’ll see of Portman’s Foster. The door is open for her to possibly appear in visions or scenes from the afterlife. If not, it serves as a fitting farewell to the beloved character in the MCU. It’s also nice to see Heimdall. He was killed by Thanos at the beginning of Avengers: Infinity War and we hadn’t seen Elba’s gatekeeper since.

We get one last kind of post-credits. After the end of the Valhalla scene, it is confirmed that “Thor will return”. No context is given anymore, but it’s a good indication that we’ll soon see Hemsworth back as the God of Thunder for a potential Thor 5.

If you want more Marvel after Thor: Love and Thunder, check out our guides to: