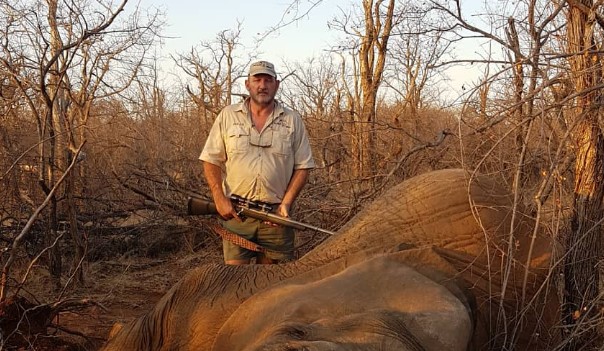 REMARK: The following article contains content and images that some may find disturbing. Please read at your own discretion.

A trophy hunter known for killing large animals and helping others do the same was shot and left for dead by the side of the road in South Africa, police have confirmed.

Riaan Naude, 55, was the owner and founder of Pro Hunt Africa, a tour group that facilitates paid wildlife hunting trips in the northeastern province of Limpopo.

According to local reports, Naude was found dead next to his truck near Kruger National Park on June 8.

A Limpopo police representative told reporters that Naude was found lying on his back, with blood on his face and head.

“The deceased had two hunting firearms, clothing, water, whiskey, sleeping clothes and many live rounds as if he were going hunting and camping somewhere near Sterkrevier, as there are many game farms with wild animals in the area,” Lt Col. Mamphaswa Seabi said, according to local media.


According to reports, Naude was shot while driving to the side of the road while having vehicle problems. A nearby herdsman reportedly heard the shot and witnessed a truck pull away.

A look at Naude’s Instagram feed shows the hunter and others posing next to large dead animals, including elephants and giraffes.

Trophy hunting is – despite the controversy – legal in South Africa. The country even recently increased its kill quota for 2022 so that 10 leopards, 150 elephants and 10 black rhinoceroses can be killed.

Seabi told reporters that they are still trying to find a reason for Naude’s murder.

“The motive for the attack and subsequent murder is unknown at this stage,” he said, adding that they have not linked the murder to Naude’s affinity for trophy hunting.