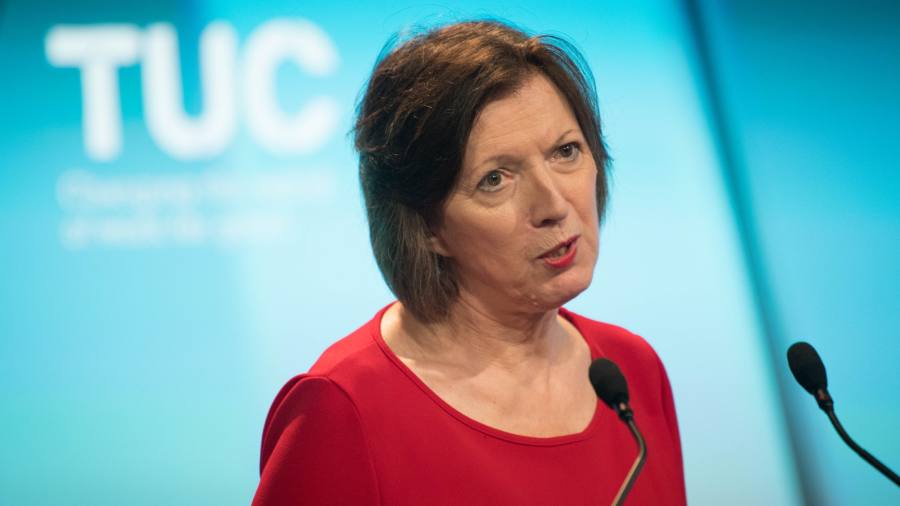 British workers are on track to suffer two decades of lost wage growth, the head of Britain’s trade union movement will say Tuesday, warning the government not to attack the right to strike.

Speaking in Brighton at the Trade Union Congress’s annual meeting, Frances O’Grady will accuse conservatives of overseeing the “longest pressure on real wages since the Napoleonic era”, with living standards unlikely to meet current trends until 2028. will reach their 2008 level. .

Based on official data and recent forecasts from the Bank of England for inflation and wage growth, the union body calculates that the average worker has lost a total of £24,000 in real terms since 2008 due to wage growth that has lagged behind inflation, and will expected a loss of a further £4,000 over the next three years.

“Under the conservatives, the working people have become poorer, while the shareholders have become richer. . . If ministers and employers continue to hammer away at wage packages at the same pace, British workers will suffer from a lost standard of living for two decades – 20 years –,” O’Grady said in her final speech to TUC Congress before resigning as general. secretary at the end of the year.

Her speech to union members comes against the backdrop of deteriorating labor relations in the UK, with strikes disrupting all rail networks, ports and postal services, and major strikes in many parts of the public sector.

Unison, the UK’s largest trade union, has warned that the biggest strike by NHS workers since the early 1980s could hit health services this winter as it prepares to vote more than 400,000 members across the country. Votes are already underway in unions representing nurses and paramedics. 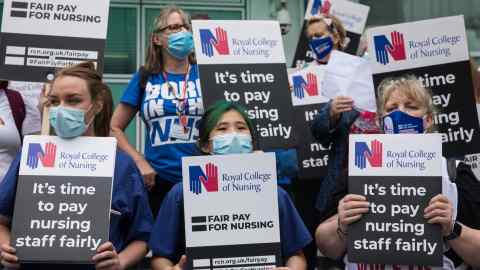 The National Education Union will begin voting for members in high schools this week and has announced dates for separate votes for educators and support staff.

Meanwhile, the transport union RMT has confirmed that it will ask railway workers to support union action for another six months, with no signs of a breakthrough in the dispute with Network Rail and train operators.

O’Grady will tell Congress that this wave of discontent is a reflection of workers being “pushed to a breaking point” while claiming the Conservative Party cannot be trusted to run the economy.

Unions have taken little solace in new Chancellor Jeremy Hunt’s move to roll back parts of the “mini” budget to restore confidence in the UK’s fiscal position, given his signal that government spending will be cut again and a review of energy support for households. scheme from April next year.

O’Grady will also warn that unions will fight any attempt by ministers to curtail the right to strike.

One measure in the government’s “mini” budget that hasn’t been scrapped yet is the commitment of legislation requiring unions to vote wage offers to members, along with an obligation for hauliers to maintain a minimum level of service. during trade union actions.

The TUC has already taken legal action to challenge regulations passed earlier this summer that allow temporary workers to stand in for striking workers.

O’Grady will describe the crackdown as “a cynical attempt to distract from the mess the government has caused”, saying: “If ministers cross the road to argue with us, we will meet them halfway. . We’ll see you in court.”