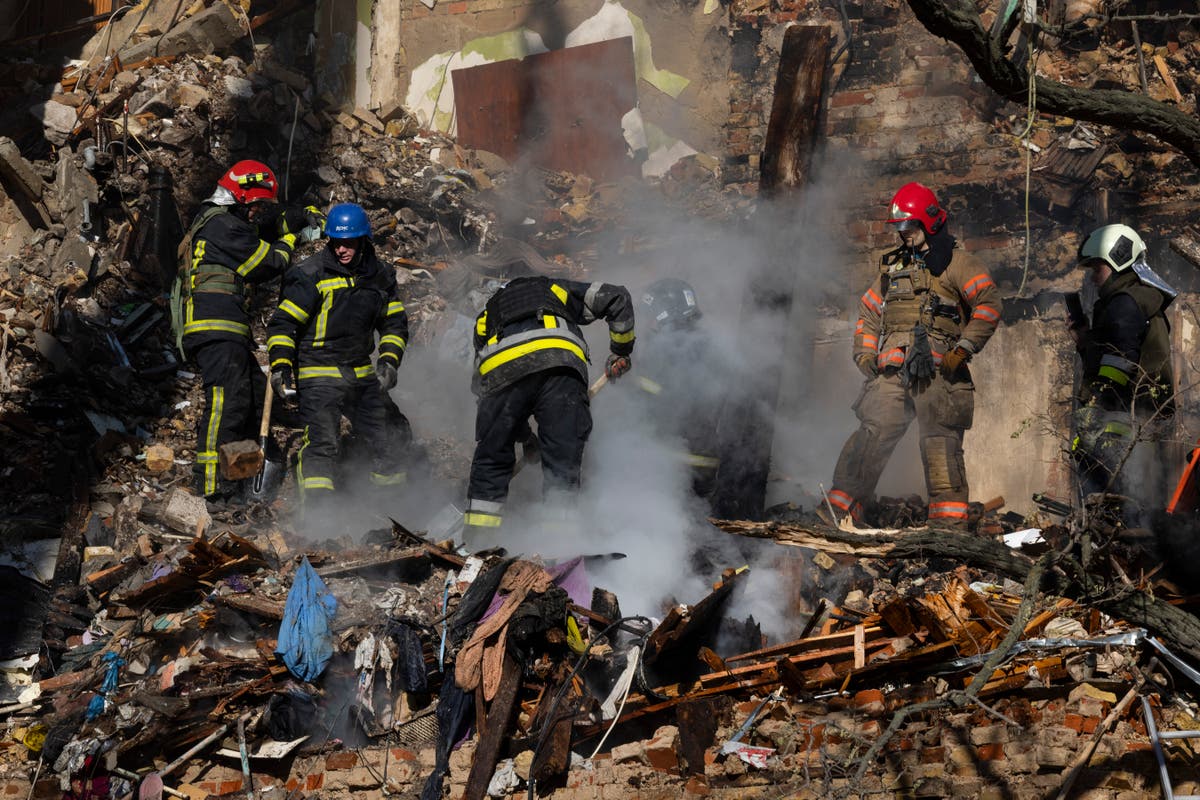 “In just 12 hours from 9 p.m. Sunday, 37 Iranian ‘Shaheds’ and several cruise missiles were destroyed,” Zelensky said in his overnight speech.

“The world can and must stop this terror. When we talk about Ukraine’s need for air and missile defense, we are talking about real lives taken by terrorists,” the war president said.

He also addressed Vladimir Putin directly in a rare move, saying the Russian president “killed another pregnant woman” in his “terrorist attack”.

“A man and a six-month pregnant girl… Vladimir Putin may mark another ‘achievement’ – he killed another pregnant woman,” Mr Zelensky said.

This is because at least 13 have been killed in Russia after one of the country’s own warplanes crashed into a residential building in the southern city of Yeysk on Monday shortly after takeoff, AFP reported.