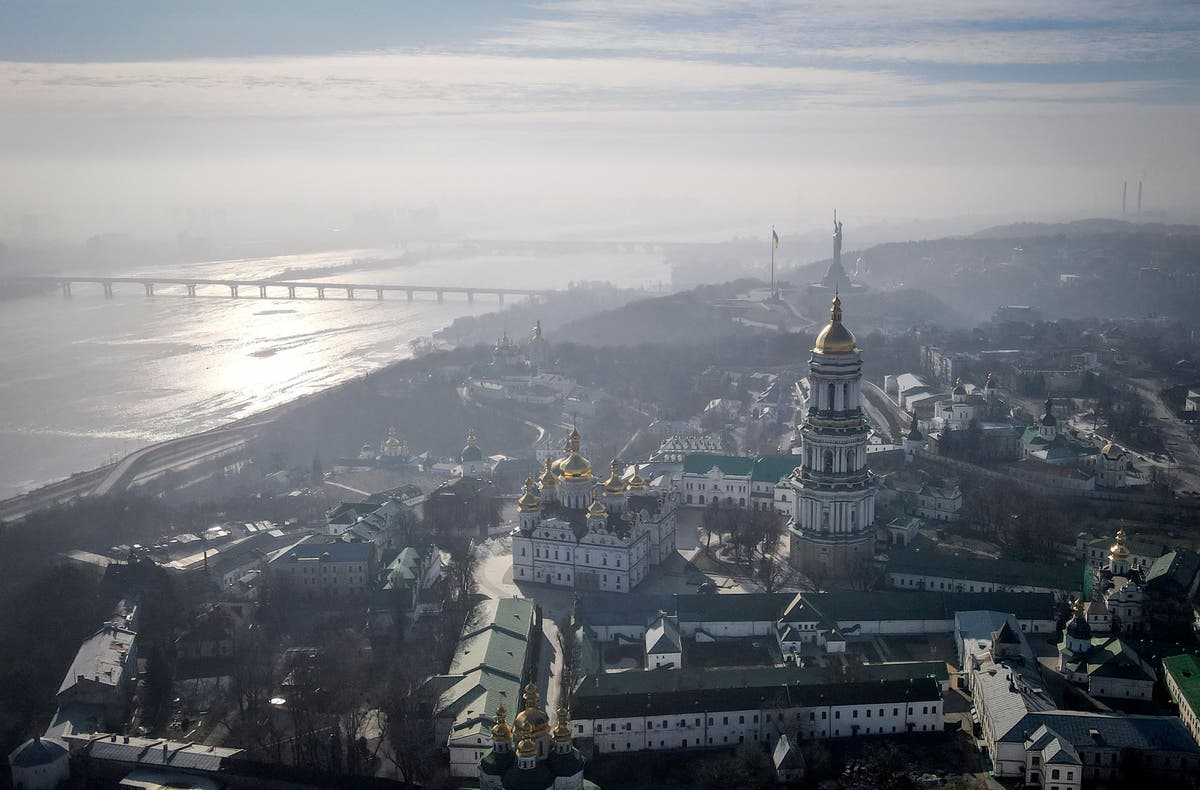 It comes as Vladimir Putin’s forces attacked Kiev and other Ukrainian cities with so-called kamikaze drones, allegedly killing four people and rescuing 19 from a residential building in the capital.

The Ukrainian Air Force claimed to have shot down about 85 percent of the drones launched by Russia during the nighttime bombing raid.

Meanwhile, President Volodymyr Zelensky called on Ukrainian civilians to capture any Russian soldiers they encounter in their vicinity, to use as negotiation tokens for the return of imprisoned Ukrainians.

“This is extremely important – anyone who captures the Russian army gives us the opportunity to release our heroes,” Mr Zelensky said.

There was also fierce fighting at night around two towns in the Donetsk region, a day after 11 Russian soldiers were shot dead by gunmen at a military training ground in Belgorod, prompting Moscow to launch a criminal investigation.

Talks about extending and expanding a UN-brokered deal allowing Ukraine’s grain exports from the Black Sea will continue, UN spokesman Stephane Dujarric said on Monday, following “positive and constructive” discussions by UN officials in Moscow. about the deal.

The July agreement has allowed more than six million tons of grains and other food to be exported and is set to expire in November.

“Talks will continue. Fertilizers and raw materials needed for the production of fertilizers – including ammonia – from the Russian Federation are essential for global agricultural production,” said Dujarric.

“We are concerned about the next crop and crisis in the making if fertilizers are not made available to farmers around the world quickly and at a reasonable price when the sowing season begins.”

A young couple expecting their first baby were among those killed by Russian ‘kamikaze’ drone attacks on the Ukrainian capital.

Anton Gerashchenko, a senior Ukrainian presidential adviser, said the family was killed when a drone hit a residential block of flats. “Bohdan and Victoria, 34, were both found dead. It is reported that they were expecting their first child in a few months,” he tweeted.

Four people died in the capital and several others were killed across the country after similar drone strikes target other cities in rush hour. Four explosions were heard in Kiev, the second Russian barrage in a week.

Ukraine has said more than a hundred prisoners have been exchanged with Russia in what it called the first all-female exchange with Moscow.

The exchange was confirmed by the head of the breakaway Donetsk region in eastern Ukraine, Denis Pushilin. He said that of the 110 people who agreed to the exchange, only people had decided to stay in Russia.

US, UK deepen cooperation in Russia with further sanctions

The United States and Britain have announced they will continue to cooperate on sanctions against Russia for its invasion of Ukraine and on other targets, top financial officials of the two allied nations said in a joint statement on Monday.

“Over time, we expect to realize the benefits of our cooperation, not only with regard to the sanctions imposed in response to the Russian invasion of Ukraine, but also with regard to other common sanction regimes,” Andrea Gacki, the head of the Office of the US Treasury Department. Foreign Assets Control and Giles Thomson, the head of the UK’s Office of Financial Sanctions Implementation, wrote.

“Military units of the formations are planned to be deployed to four training areas of the Republic of Belarus in the eastern and central part of the country, after which they will start conducting combat training activities,” Interfax quoted a defense official from Minsk as saying.

Belarus’ defense ministry said last week that Russian troops would be sent to the country to form a new “regional grouping” amid claims by Minsk that Ukraine is preparing to attack its territory. Belarus has provided no evidence of Ukraine’s aggressive intentions.

A collection of war speeches by Volodymyr Zelensky, with an introduction written by the Ukrainian president, will be published on December 6.

The book is called A Message From Ukraine and contains a foreword by Arkady Ostrovskym, the EconomistCrown, a division of Penguin Random House for Russia and Eastern Europe, announced this on Monday.

Zelensky said in a statement from Crown: “Supporting Ukraine is not a trend, a meme or a viral challenge.

“It is not a force to spread quickly across the planet and then disappear just as quickly.

“If you want to understand who we are, where we come from, what we want and where we are going, you have to learn more about who we are.

“This book will help you do that.”

Only a ‘comprehensive defeat’ in Ukraine can stop Putin, says ex-Russian diplomat

The only thing that can stop Vladimir Putin is a “comprehensive flight” in Ukraine, according to a Russian diplomat who resigned in May over the war.

Boris Bondarev, who left his position as an adviser to Russia’s permanent mission to the United Nations in Geneva in May, also warned that “any ceasefire will simply give Russia a chance to rearm before it attacks again”.

Sign up Foreign AffairsBondarev warned of the potential consequences of Russia’s implosion, saying: “The Russians could unite behind an even more belligerent leader than Putin, provoking civil war, more outside aggression, or both.”

“If Ukraine wins and Putin falls, the best the West can do is not to inflict humiliation,” he added, warning that the humiliations suffered by the Russians after the fall of the Soviet Union in 1991 should be a lesson to the West.

Providing aid would also allow the West to avoid their 1990s behavior when the Russians felt ripped off by the United States, and would make it easier for the people to finally accept the loss of their empire. he wrote.

A Russian fighter jet has crashed into a residential area near an inland port, starting a fire in an apartment building, Russia’s defense ministry said.

The Su-34 bomber crashed into the port of Yeysk on the Sea of ​​Azov after one of its engines caught fire during takeoff, the ministry said.

Russian investigators said they had launched a criminal investigation into the crash, according to the Associated Press.

A Russian fighter jet has crashed into a residential area near an inland port, starting a fire in an apartment building, Russia’s defense ministry said.

The Russian army says one of its fighter jets suffered an engine failure at the port of Yeysk on the Sea of ​​Azov.