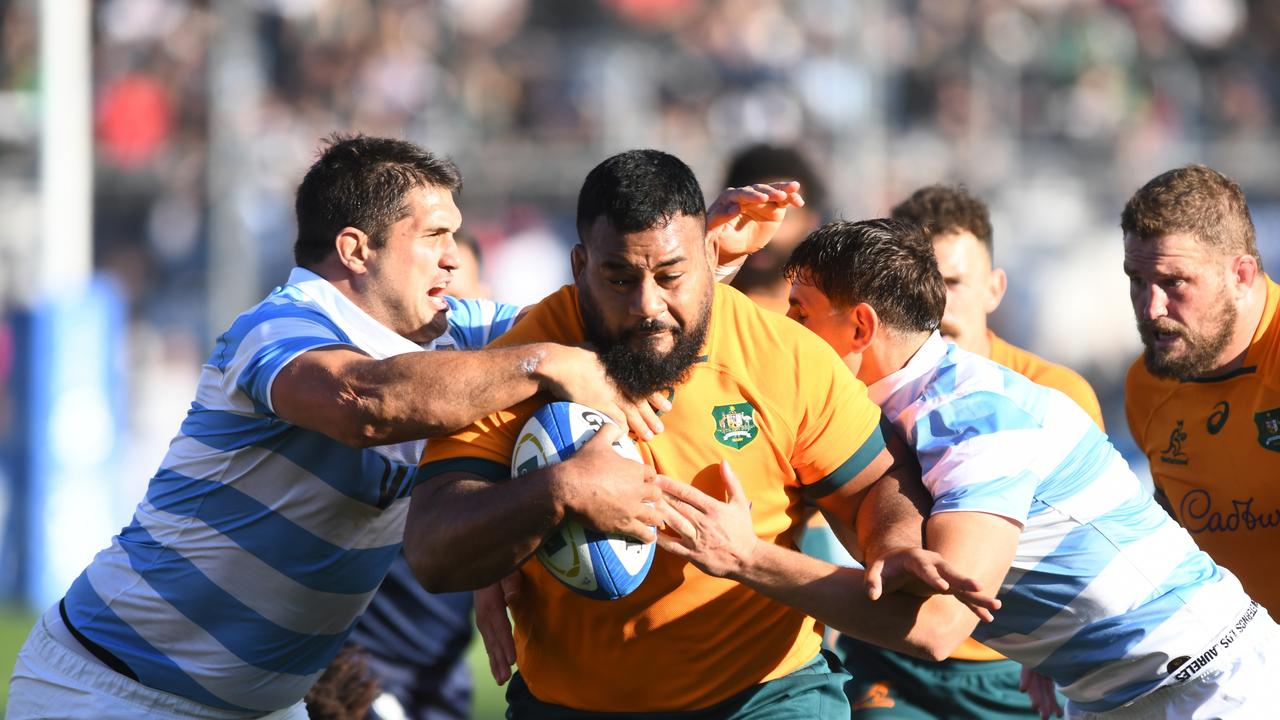 The Wallabies return home with their tails between their legs after letting a golden opportunity slip away in Argentina.

Dave Rennie’s men were frustrated by a failed attempt midway through the second half, but they didn’t lose 48-17 in San Juan at the time.

Instead, it wasn’t the first time that the Wallabies were slow to get out of the blocks, trailing 14-0 after six minutes.

The Wallabies felt they should have taken the lead midway through the first half when James O’Connor landed, but referee Karl Dickson sought the help of his TMO instead and it was believed James Slipper had illegally knocked out his opponent.

Michael Cheika’s men rubbed salt in the wound by scoring two quick attempts to open a 26-10 lead at halftime.

While Len Ikitau hit back after 66 minutes, but two late attempts saw the home side pull away and punish the Wallabies for their mistakes to take a bonus point.

The Wallabies were tactically outplayed, with their backs three bare, by Argentina’s clever kicking game, where they put 28 boot-to-ball.

Tom Wright, who played his second Test as a fullback, was particularly exposed in the air and with his decision making.

The Wallabies were also beaten on set piece, with their scrum sometimes struggling and while their offense looked good at times, their lack of discipline also hurt while their defense was poor.

Rob Valetini was one of the best of the Wallabies, with the rear rower constantly crossing the win line.

O’Connor, meanwhile, had a frustrating comeback after being denied a try.

The playmaker hasn’t gotten nearly as much ball in his hands as he would have liked and Rennie has to make a decision regarding his playmakers, but it looks like he’s clouded the waters by turning away from the younger Noah Lolesio.

The loss puts more pressure on Rennie, with the Wallabies coach losing men on and off the field and struggling to oversee victories.

Slipper described the loss as “disappointing” and a step backwards after a “difficult” tour that saw them lose their captain Michael Hooper (personal health) and Quade Cooper (ACL).

Nor are they likely to have Hooper back when they face the Springboks at Adelaide Oval in two weeks.

Rennie’s side got a try after just 60 seconds when Jordan Petaia passed a ball too hot to handle three teammate Wright in front of his back and the home side ran off to score.

Argentina had a second to leave the Wallabies shocked after just six minutes. But the stunned Wallabies gathered and finally got their hands on the ball after a brilliant Fraser McReight attack gave the visitors a ball.

From a lineout shortly after Valetini fell over the win line and captain Slipper hit back to score.

Three points from the kicking tee put the Wallabies almost within four points.

The Wallabies looked like they were going to continue, but O’Connor’s attempt was quashed midway through the second half after Slipper was pinged for an illegal cleanup.

Former All Blacks star Andrew Mehrtens turned down referee Kael Dickson’s call to reverse the decision, describing it as “ridiculous”.

The decision turned out to be a 14-point swing shortly after, as Jeronimo de la Fuente scored in the 24th minute.

The Wallabies got lucky when Emiliano Boffelli was denied a try after the TMO Marius van der Westhuizen found no reason to overturn Dickson’s initial no-try ruling. Boffelli’s lost ball came after a brilliant defense by Marika Koroibete.

However, Mehrtens disagreed, saying: “I struggle to understand that the ball hitting the ground is not convincing evidence”.

After a calmer start to the second half, at least from a points perspective, Wright’s inexperience as a fullback was again exposed in the 52nd minute when the Brumbies-back chose to run the ball back rather than kick. It left him isolated as the Pumas got to the ball to win a penalty, allowing Boffelli to add three more points from the kicking tee to see the House take a 29-10 lead.

Ikitau hit back for the visitors, but two tries in the last five minutes of the test gave the home side a convincing win.